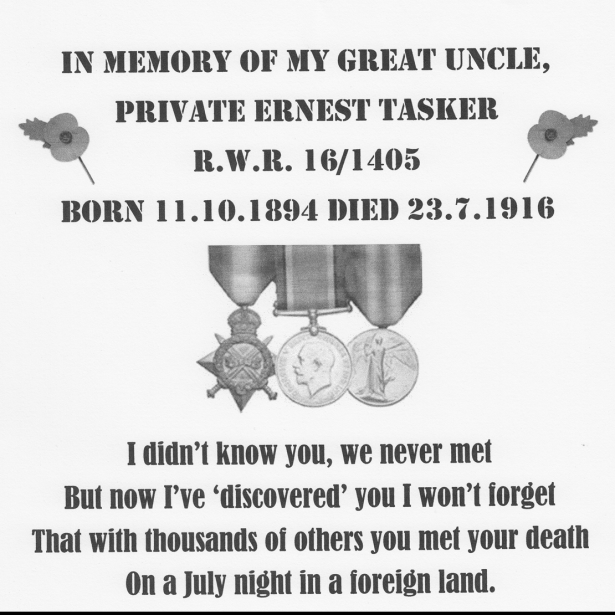 Private Ernest Tasker was born in Birmingham on 11th October 1894. He was baptised during the same year in the church of Immanuel on October 31st. Ernest was the fourth son of Edward and Jane Tasker (nee Emery). He had six siblings but two died in infancy. When Ernest joined the 14th Battalion of the Royal Warwickshire Regiment he was living in Moor Pool Avenue, Harborne, Birmingham and his occupation was that of an accountants clerk. I didn’t know of Ernest, my Granpa’s brother, until researching my family’s history in recent years. He left Folkestone in November 1915 and was killed in action on 23rd July 1916. Like so many he was awarded the Victory Medal, the British Medal and the 15th Star. He is remembered with honour on Pier Nine of the Thiepval Memorial.