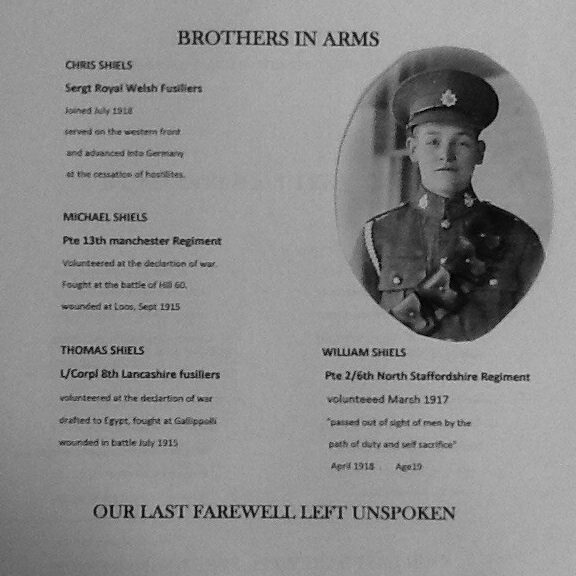 William was the youngest of 4 brothers, he volunteered at the outbreak of war and served for a year before he was dis charged when they found out he had lied about his age, he rejoined and died on Monday 15th April 1918 age 19 he is buried at Le Grand Beaumont British cemetery Steenwerk, his Elder brothers were all serving at the time he joined up. Our last farewell left unspoken is he inscription on his tombstone written by his eldest brother Tom. Michael was my grandad, a very close knit family they all lived in the same 2 streets when I was growing up, my grandad had part of his hand missing, he told us he chopped it off because it made it easier for him to hold our little hands . they never spoke about their experiences,