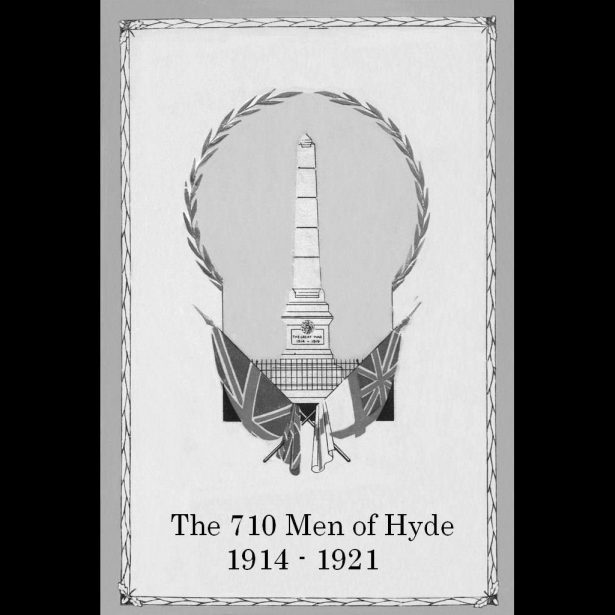 This image of the cenotaph commemorates all the Men of Hyde, Cheshire who fought and were killed during and after World War One. The cenotaph in the image, was unveiled o June 25th 1921 by the Hyde War Memorial Trust, and is located within Werneth Low Country Park, near Hyde, Greater Manchester. A permanent memorial and open green space to be enjoyed by all, and to remember all those lost, in all conflicts around the world.

The 710 Men of Hyde were sons, brothers, cousins, fathers and friends. Each had a skilled occupation in Hyde’s many industries and businesses, till they enlisted as part of the Army, Royal Air Force, Royal Navy, Pals Battalions and Labour Corps. Leaving behind their homes and families, to fight and give their lives for King and Country. They are all always remembered, now and forever.