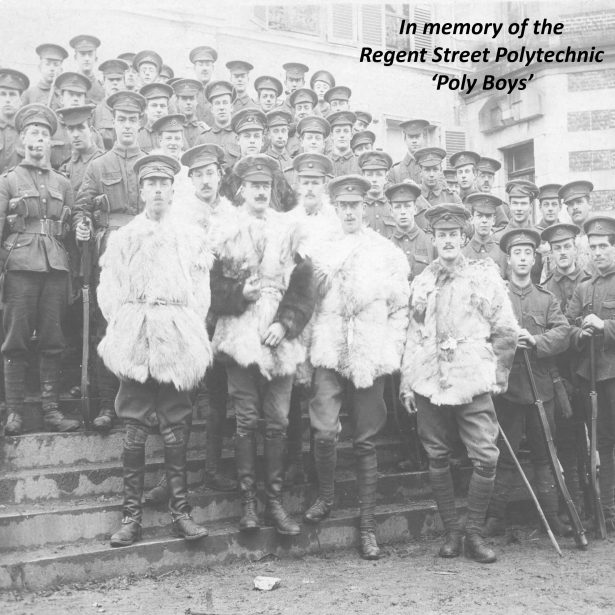 Over 4,800 members of the Regent Street Polytechnic joined up during the First World War. Many joined the Poly’s own Territorial Forces regiment, the 12th Battalion London Regiment, known as The Rangers. This image from the University of Westminster Archive shows a group of The Rangers in 1915. By the end of the war 394 members had fought and died for their country, many of whom lost their lives during the Battle of the Somme. This memory square is dedicated to them.