“We all influence each other. Can you imagine Picasso without African art?” 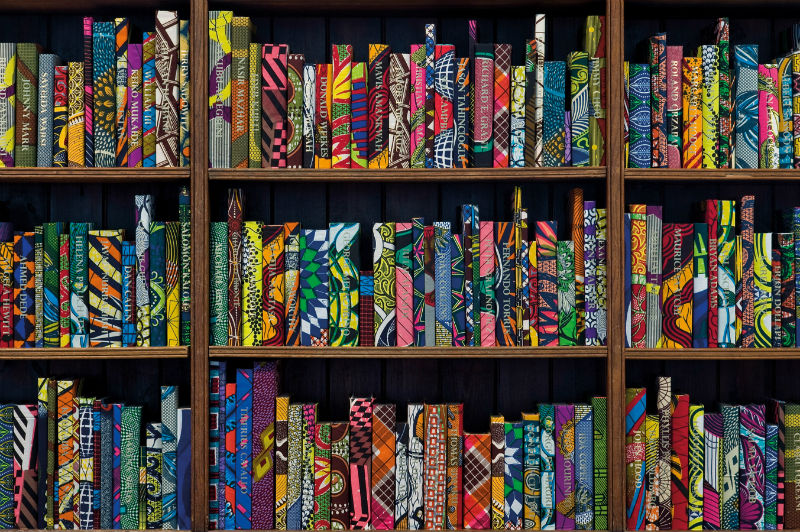 In light of his upcoming wrap artwork outside the Royal Academy, Yinka Shonibare, MBE, invited the journalist and broadcaster Fiona Maddocks to his South London studio to discuss his methods and inspirations.

Shonibare describes his interest in what he coins ‘universal humanism’ and the way that human beings influence one another across the globe. It is this preoccupation with interwoven cultures that informs his new work for 14-18 NOW, End of Empire.

End of Empire features two figures dressed in Shonibare’s signature fabrics, their globe-heads highlighting the countries involved in WW1. The pivoting piece offers a metaphor for balance and conflict and will be shown alongside his previous work The British Library (pictured above). The piece comprises of shelves of books, many bearing the name of an immigrant who has enriched our society. It reminds us that the displacement of communities by global war has consequences that inform our lives and attitudes today.

End of Empire opens at Turner Contemporary next Tue 22 March.

Shonibare discussed the motivations for his art with Kirsty Young on this weeks edition of Desert Island Discs.
Listen again here or tune in to the additional radio broadcast this Fri 18 March at 09.00 on BBC Radio 4. 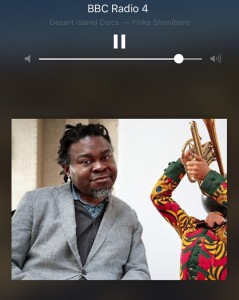