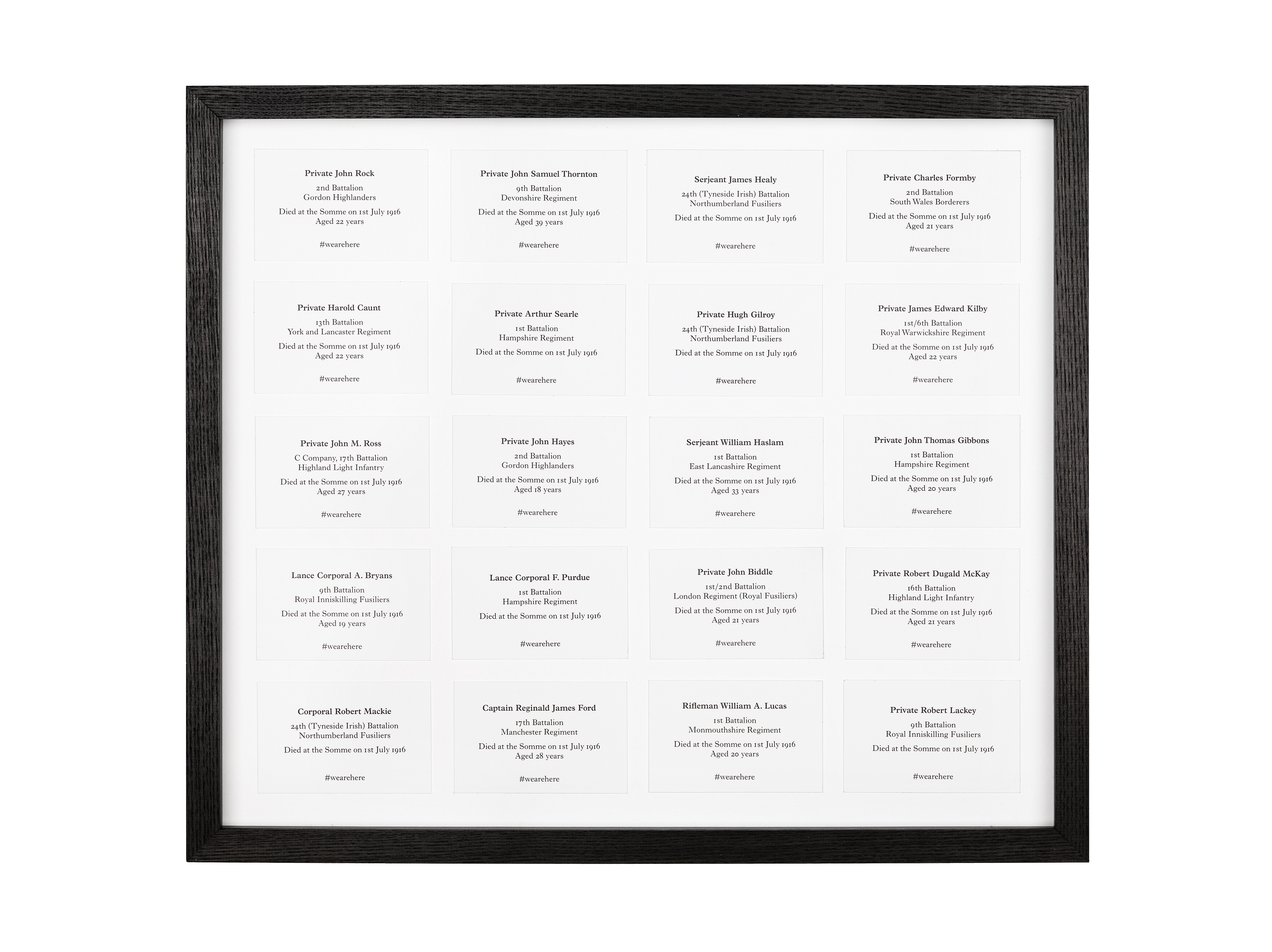 Jeremy Deller’s We’re here because we’re here was a national event to mark the centenary of the Battle of the Somme held on 1 July 2016. Thousands of volunteers dressed in First World War uniform appeared silently and unexpectedly in locations across the UK, each representing a soldier who had died on the first day of the Somme 100 years before.

To commemorate this historic moment, Jeremy Deller has created a series of 100 unique art works. Each work comprises a different configuration of twenty calling cards, which were distributed by the uniformed soldiers as part of the event. Each card poignantly details an individual soldier’s name, battalion and age (where known) when they died on the first day of the Somme.

This special framed edition was generously created by the artist Jeremy Deller, with proceeds from the sale of the editions supporting 14-18 NOW: WW1 Centenary Art Commissions’ programmes and education projects.

Jeremy Deller’s New Limited Edition is available to purchase via our friends at the IWM – visit their website for more information.