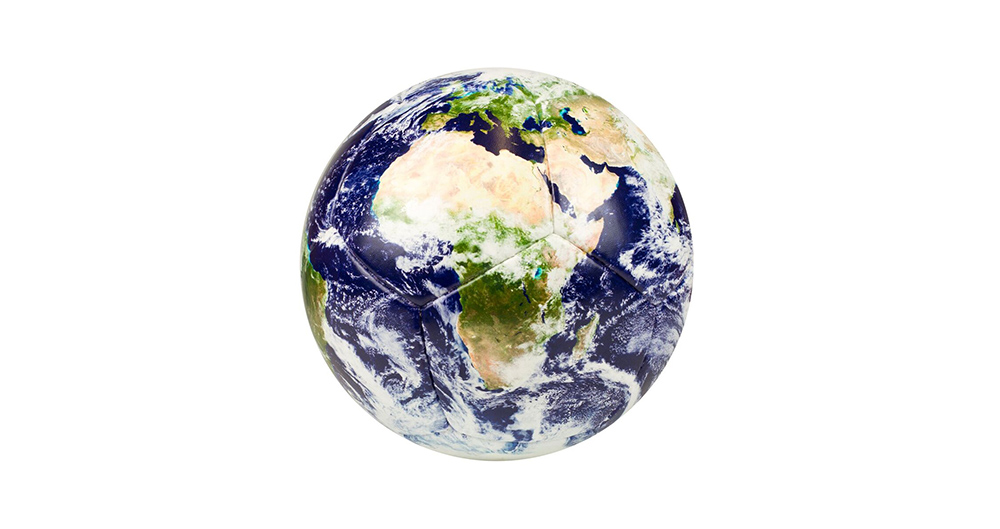 One World is a commission by internationally acclaimed artist, Mark Wallinger which marks the centenary of the First World War through football.

A special video is released today, Friday 2 November 2018, to coincide with the launch of One World, to kick off the #OneWorld social media campaign.

Inspired by the famous Christmas truce of 1914, when soldiers from both sides emerged from the trenches and met in No Man’s Land to exchange gifts and play football, Wallinger has taken the football itself as his canvas. He has transformed the football into a globe of the world, taking his inspiration from the celebrated image of the Earth taken during the Apollo 8 lunar orbit on 24 December 1968. Captured at the moment of earthrise, it is an image of enduring beauty, depicting a peaceful planet floating in the vastness of space.

In partnership with organisations including the EFL Trust, Sport England, the Football Foundation, Sport Northern Ireland and sportscotland, a limited edition of the One World football will be released in November to community football projects across the UK, with the simple request to each person to upload their own #OneWorld video in response to Wallinger’s call for action.