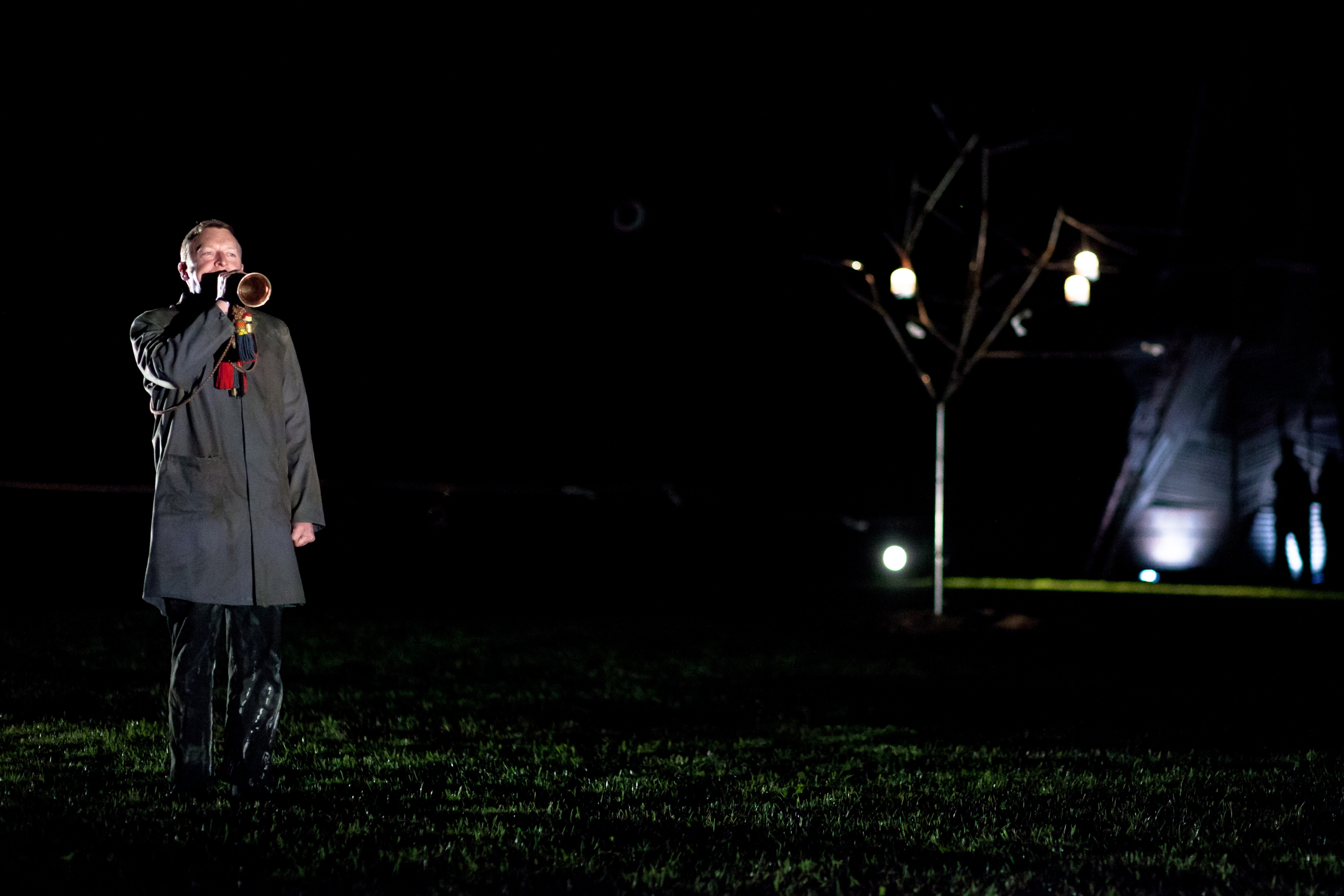 Performer, Stuart Henderson talks about his experiences following the UK premiere in Oxford on the 17 June.

Why did you get involved in this project?

I suppose you can say the role of “the bugler” was right up my street being first and foremost a trumpet player, a former army musician and someone who now specialises in jazz and improvised music.

How do you prepare for taking on a role that’s so different from the life we know today?

I have tried very hard to imagine how those young men must have felt being thrown into the chaotic slaughter of the trenches and attempted to put that into musical performance. At first pride, high sprits and bravado then shock, anguish, fear, confusion, disbelief, utter despair and anger.

Have you felt more connected to the First World War through Mark’s work and this project?

The sheer scale of the slaughter of the First World War was brought home to me by a visit to Lijssenthoek Military Cemetery whilst we were performing the show in Poperinge, Belgium.  Fellow performer Graeme Leak and I went to see if we could find the graves of family relations. Graeme is from Australia and has a great uncle buried there, one of 1,131 Australian soldiers in this cemetery alone. I was trying to find the grave of my wife’s great grandfather Private TB Spencer Royal Welch Fusiliers. He is one of 7,396 British burials there.

How did you feel actually seeing the Cemetery and all the names on the headstones?

It was incredibly sobering to walk through row upon row of immaculately kept white headstones and then suddenly come across these two young men from opposite ends of the earth buried within a few yards of each other.

Being a part of Furious Folly has been a wonderful journey for me and I feel a great connection with the piece as I have been there right from the moment we all met and started to try to put Mark Anderson’s brilliant vision into music and text.