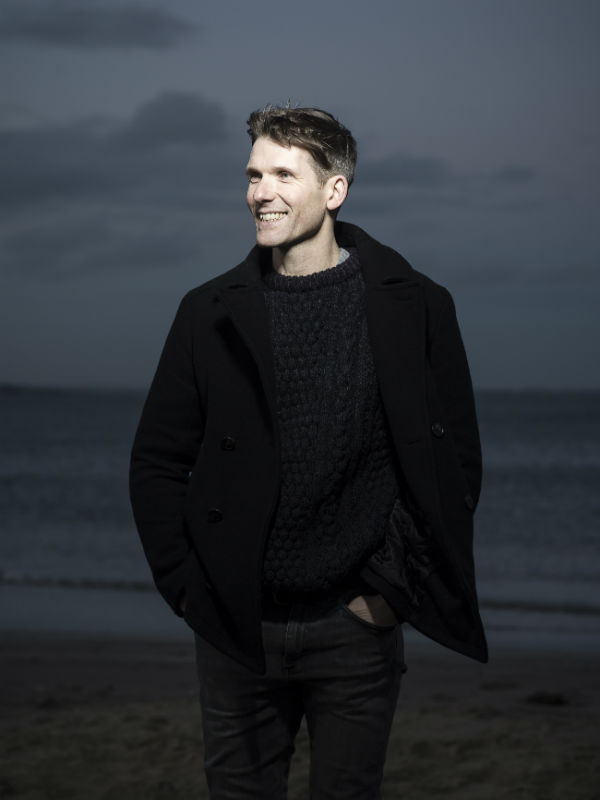 That’s probably the hardest question to answer! He was a controversial figure during his life, always on the move, difficult to pin down and, since his death, there are many different perspectives on who he was: born a Protestant, dying a Catholic, a British knight, an Irish rebel, a member of the establishment and a sexual outlaw. One thing that has struck me in the research I’ve done on Casement at the National Archives, the British Library or reading the many biographies of Casement is that history is usually recorded as a series of names, dates and places. It doesn’t really communicate the sensation of swimming in a river in the Amazon, or physical thrill cruising in the Canaries, or the feel of dress collar. All of those sensations and feelings make a body too. These are facts that are communicated between bodies and passed on from generation to generation. That’s why I think that dance is such an important art form for engaging with the kind of historical legacy that continues to shape our bodies today but which isn’t so often addressed in written histories.

However, because we’re writing here, some of the more traditional facts are that Roger Casement gained international prominence following his investigation and reports on the exploitation, abuse and mutilation of local populations as part of the rubber trade in the Congo (1904) and in the Amazon (1910). His reports and campaigning activities have prompted many to describe him as the father of human rights investigation. Born in Ireland, orphaned by the age of 12, he embarked on a career in trade in Africa, eventually joining the British consular service which commissioned his investigations. He was knighted for his work in 1911.  Within five years, he had been stripped of that knighthood because of his efforts on behalf of Irish nationalism, in particular his mission to Germany during the Great War to seek its help in securing an independent Irish state.

Casement connected his humanitarian work in the Congo and in the Amazon to his nationalist response to the condition of the Irish under British imperial rule: “I realised then that I was looking at this tragedy [the exploitation of the Congolese] with the eyes of another race, of a people once hunted themselves… And I said to myself, there, far up the Lulonga River, that I would do my part as an Irishman, wherever it might lead me personally.”  On Good Friday 1916, he was captured on Banna Strand, in the south-west of Ireland, landing there from a German U-boat, on his way to prevent the Easter Rising which he thought futile in the absence of sufficient arms.  He was found guilty of treason and sentenced to death in what we would call a celebrity trial at the Old Bailey.  His international prominence might have been expected to induce a commuting of that sentence.  In fact, the British Cabinet met on several occasions to discuss that possibility.  However, the British Secret Service were in possession of Casement’s private diaries in which he detailed his enthusiastic sex with men, and selected extracts from the diaries were circulated to the press and high profile Casement supporters to discredit him and to stymie appeals for clemency.

Casement was hanged in Pentonville Prison on August 3, 1916.  But his story doesn’t end then.  For fifty years after his death, the British and Irish governments negotiated about the repatriation of Casement’s body to Ireland, something which eventually happened in 1965.  Moreover, for many years, people questioned whether the incriminating diaries were Secret Service forgeries and, even now, despite a consensus now among experts that the diaries are authentic, there are people who find it difficult to address Casement’s sexual exploits alongside his pioneering human rights activity.  I don’t have any difficulty in seeing them as part of the same complex life.

My work is often focused on giving expression to something valuable that’s being neglected.  When I was thinking about the centenary commemorations of the Easter Rising and of the Great War, it seemed that the complexity of experiences encapsulated in a figure like Casement was something that we needed to bring to the fore, because it is exactly that kind of complexity that we need to address now.  His actions remind us that we shouldn’t think about a thriving national body without addressing the needs of those who are beyond our borders.  Casement’s body was scandalously permeable to the foreigner (and the fellow countryman!) His life suggests that we have a responsibility to the stranger – not only the one who comes from abroad but also the stranger who is already inside us, alongside us.  That inspires me. Whether I can live up to it is another matter.

The Casement Project isn’t only a work for the stage.  It happens across different countries, on screen, on the beach, in workshops, in symposia and on stage.  In putting together this kind of scale of project, I wanted to offer as many people as possible a way into the work and to ensure that it had a legacy and reach.  I also wanted to show what dance can teach us about ourselves and the world. Casement’s life teaches us that what bodies do and where they go is political. He was acutely aware of bodies. He could read on bodies the abuse they had suffered. He was aware of his own physicality and also of the beauty and dimensions of the men he desired.  And Casement’s body and what he did with it was the subject of discussion at Cabinet and of negotiation between governments for fifty years after his death.  Casement’s story is a way to remind people to pay attention to bodies and to an art-form like dance that knows about bodies.

The French philosopher, Jacques Rancière, writes that ‘Political activity is whatever shifts a body from the place assigned to it or changes a place’s destination.  It makes visible what has no business being seen.’  It’s a privilege for me as a choreographer that I get to explore with others new ways of how we might be individually and how we might be in relation with one another, ways that allow more people to flourish and to fulfill their potential.  And it’s a privilege that we get to share these new ideas with people who come to join in or see our work.  In a political situation where bodies are constrained by discriminatory borders which are geographical, socio-economic, gendered, racial, or based on physical ability, to propose models for more people to fulfill their potential feels like an important contribution that dance can make in the political realm.

It’s more that four event dates.  The Casement Project  is the workshops we’ve been doing in London with Micro Rainbow International (who support LGBT asylum seekers and refugees), it’s the symposium we’ve had with Maynooth University and the symposium we’ll have at The British Library, it’s the stage show in London, Dublin and Belfast; it’s the beach party in Kerry, it’s the dance film for broadcast.  All of that activity taking place throughout 2016 across multiple platforms and countries is an attempt to offer as many different people as possible, many different ways into the project.  That spirit of inclusivity and diversity is very important.

And when I think about how busy Casement was with his international travel, his multiple diaries and report writing, his energetic cruising and political lobbying, I figure that this scale of activity is a fitting tribute.

I’m fortunate to have a cast of exceptional performers:  Mikel Aristegui, Theo Clinkard, Philip Connaughton, Bernadette Iglich, Matthew Morris and Liv O’Donoghue who between them have danced with companies like AMP, DV8, Geneva Ballet, Pina Bausch, Random, Liz Roche, Sasha Waltz, as well as being choreographers in their own rights. Alma Kelliher has won awards for her composition and sound design, as has Ciaran O’Melia who is doing the visual design for the stage show.  Contributing to the symposia, there are Casement experts like Jeffrey Dudgeon whose case against the British government led to the decriminalisation of homosexuality in Northern Ireland, as well as artists like Indhu Rubasingham, Director of the Tricycle, Jaime Beddard, Co-Artistic Director of Diverse City and Jesse Jones and Sarah Browne, artists who are currently completing an Artangel and Arts Council of Ireland commission on female bodies and the state. I’d love to share with you the roster of exiting artists (dance and music) who will be performing at Féile Fáilte, the beach event in July, but I can only tell you that they are brilliant.  As is Emmy-award-winning director, Dearbhla Walsh who will direct the dance film that we’re making.  We’ve made two short dance films together in the past but given she’s recently made a feature film with Judi Dench and Dustin Hoffman and a music video for Hozier featuring Saoirse Ronan, I’m very happy that she’s found the space to make this new work together.

The aim of the Bodies Politic Symposium was to bring together artists, academics and an interested wider public to discuss and to experience the place of the body in society.  Both in Ireland and in the UK, have strong literary cultures.  We’re articulate with language but not so articulate with bodies.  And I think that has a negative impact on all bodies, but particularly on bodies that are don’t conform (and that ironically, includes the bodies of women.

It’s not just The Casement Project.  It’s a way I’ve been working for a while, a way to invite people to be part of the unfolding process of creation and to influence it.  For me, choreography isn’t only about moments of presentation on a stage or about polished but impenetrable surface.  It’s also about building a community of interest, a network of solidarity that shares and amplifies the values of work and that means sharing ideas and experiments before they’re completed.

Our lives and experiences, the cultures and societies we live in shape our bodies which in turn shape our lives and experiences and, I believe, can shape the culture and societies in which we live.  There are people who are marginalised because of their bodies – because of their perceived disability, their non-conformity to the standard, their colour, their shape, their origin, their desires.  Inevitably that marginalisation restricts the potential of certain bodies. It writes them into particular corners.  It prevents them from crossing particular borders.  Through dance, however, we can first of all see how all this process works.  We can read it for the repressive choreography that it is and we can explore alternatives, offering a vision and an experience of how bodies might be different, how their potential can be acknowledged and released.  It’s this hope that keeps me committed to dance. That’s why in using Casement as a historical point of departure, my real focus is on the future, on what we can do, what we should do next.  I’d like to think he’d approve.

Click here for more information and details on where you can see The Casement Project in 2016.