At all, a poem by Lemn Sissay 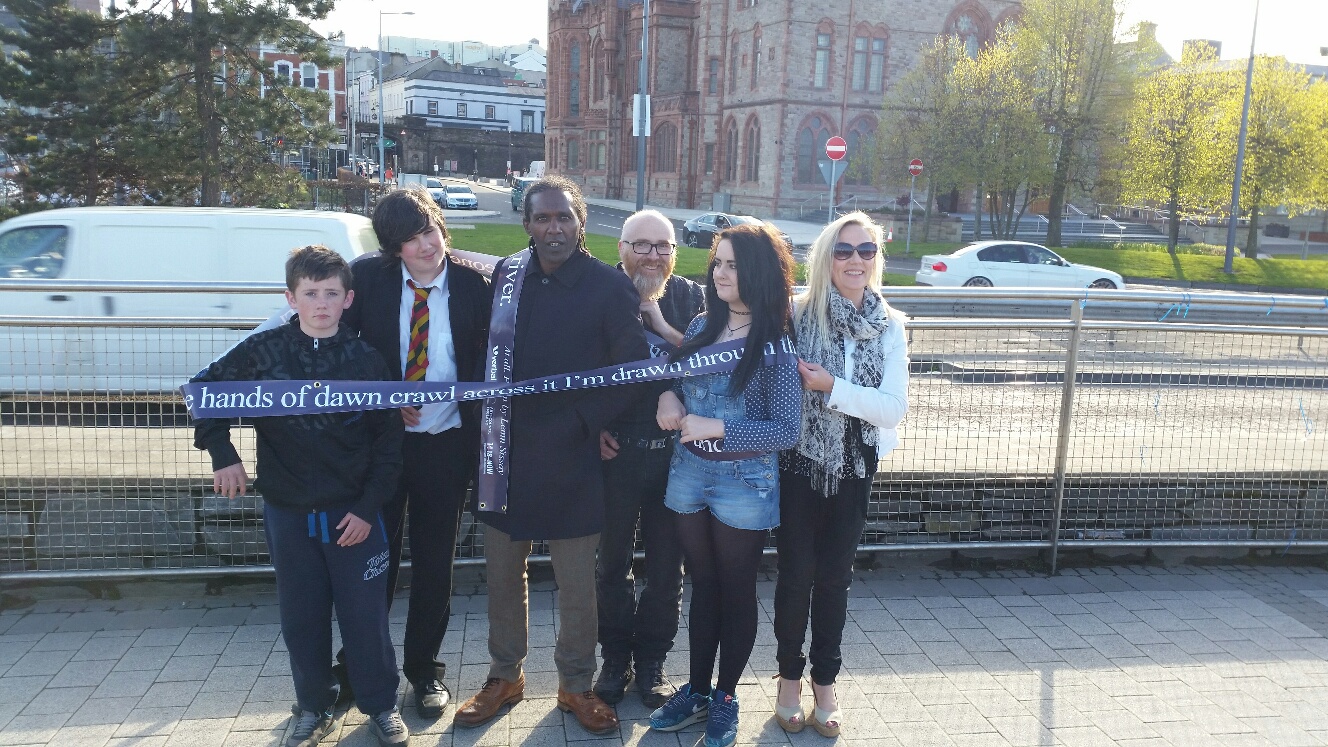 A group of young people from Derry-Londonderry have been working to visually interpret Lemn Sissay’s poem At all, created from our commission BLOOD, by encouraging them to reflect on how the First World War has shaped today’s world and our attitudes to conflict now. Through this activity they have re-created At all as a temporary public artwork, which will be installed in a series of public spaces across the city from 30 April – 05 May 2015.

The launch event took place in Derry-Londonderry at the Foyle Embankment, beside the Peace Bridge, on Thursday 30 April, hosted by the Mayor of Derry City and Strabane District Council, Councillor Alisha McCallion, and assisted by Lemn Sissay, the young people of Extern and Joanna Mc Conway North West DCAL Officer.

Click here to read At all, a poem by Lemn Sissay.

Here is a timetable of when the temporary artwork can be viewed: