Artists And War: An Essay By Margaret Macmillan 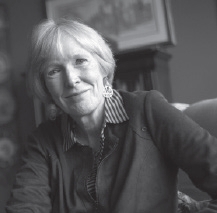 Are artists the canaries in the mine who sense the coming explosion before anyone else does?

It is hard not to look at the world before 1914 and wonder whether they somehow sensed that a catastrophe was bearing down on them and their societies. Henry James or Marcel Proust were challenging the old structures of plot in favour of exploring, often at great length, human psychology. The cubism of Braque or Picasso, the dissonant compositions of Schoenberg or Stravinsky, or the free flowing and often erotic choreography of Isadora Duncan or Nijinsky were acts of rebellion against the certainties of the old world and its traditions. Did they somehow know that they needed new ways of dealing with what was to come?

Fanciful perhaps but artists may have antennae which the rest of us lack. We too often think of those last years of peace as a golden age of prosperity and stability, of complacency even. Yet all was not well in Europe. European science, technology and industry produced a better life for millions but they also fuelled an arms race. Rapid change had brought its own tensions, from social strife to national rivalries. Pacifist impulses vied with militarism for the soul of Europe. So often in the literature of the time we have the image of a thunderstorm about to break. Was revolution from below going to upturn the old order or were the powers going to send their massive armies and navies against each other? Intellectuals increasingly challenged the old comfortable assumption that human beings were rational and Europeans were more rational and more civilized than anyone else.

Artists reflected that unease. Some turned away, at least in part, from the modern world. Think of composers such as Vaughan Williams or Antonín Dvořák who found inspiration in traditional folk songs. In Britain there was a craze for history paintings, often of the Middle Ages. Other artists though faced forwards into the 20th century. Painters such as the Italian futurists, the German expressionists or the English Vorticists were fascinated by speed and the ways in which the modern world was shattering the conventions of the old. The old ways of painting, writing, sculpting or composing no longer seemed adequate to capture the world around them. Modernism was born in part out of the need to find new ways of expression to describe a new world which was unlike anything that had gone before.

And for some, war and violence were not things to be feared but welcomed as ways of speeding up the destruction of the old and the outworn. War, said the Italian futurist Marinetti, ‘is the sole hygiene of the world’. Rupert Brooke longed, he told his friends, for ‘some sort of upheaval’.

It came in the summer of 1914. Europeans, contrary to later myths, did not greet the outbreak of war with wild enthusiasm. The cheering crowds were only part of the picture. Crowds also marched through the streets to demand that their governments uphold the peace. For most across the Continent the coming of a storm so often anticipated was received with gloom, fear or sometimes with despair about European civilization. Yet across Europe, the publics also felt that their nation was the innocent one, that their war was merely defensive. Artists in this at least were in tune with their own societies. Many were swept up in the burst of patriotism in the war’s early stages and volunteered. In those long four years Europe was to lose over 9 million men, among them future leaders, scientists, and thinkers. And of course artists. Franz Marc, the German expressionist, Henri Gaudier-Brzeska, Wilfred Owen, all died on the Western Front. Of those artists who survived some fell silent, unable to deal with the enormity of the war. Others such as John Nash tried to grapple with it and found that the avant garde of the last years of peace had given them the tools they needed. The broken battlefields with their torn earth and their trees at crazy angles looked like cubist paintings while the bursts of shells in the night skies, the figures stumbling across no man’s land or the creeping clouds of greenish poison gas echoed symbolist paintings with their mystical landscapes and colours full of meaning. Ford Madox Ford’s great quartet about the war, Parade’s End, is like Proust in its exploration of the workings of the conscious and unconscious mind and the heart.

We have the statistics from the Great War – so many killed and so many wounded, the lists of battles, the towns and cities destroyed, the countryside poisoned and flooded, or the resources expended — but they are too big to comprehend. And how do we make sense of the four years of fighting, the imperfect peace and the dreadful legacies left for the 20th century? Historians can tell part of the story but we need the artists to help us imagine what that war meant for those who were part of it and what it meant for European civilization.

Margaret MacMillan is Warden of St Antony’s College and a Professor of International History at the University of Oxford. Her most recent book, The War that Ended Peace, is published by Profile Books.