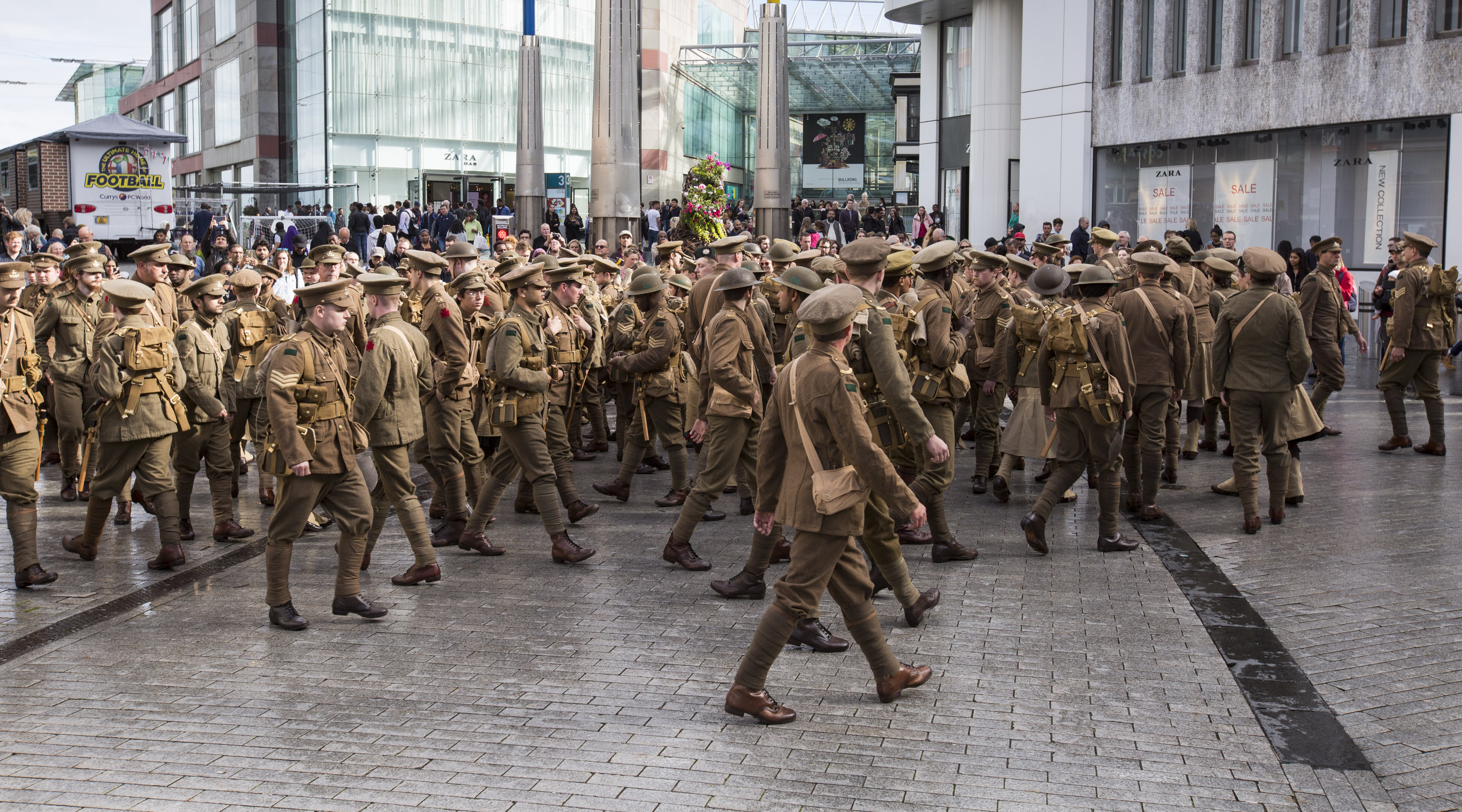 On Wednesday evening (17 May 2017), We’re here because we’re here received another prize – this time at the Museums + Heritage 2017 Awards. It won best Marketing Campaign, awarded jointly to 14-18 NOW, Jeremy Deller, Rufus Norris, the National Theatre and Birmingham Rep, with the judges commending the campaign as: ‘creative, original, impactful and meticulously planned and all of it a closely guarded secret’.

We’d like to congratulate our partners and collaborators in this project, including artist Jeremy Deller, Rufus Norris and the National Theatre, Birmingham Repertory Theatre and the 26 partner theatres from all across the UK.

The annual Museums + Heritage Awards recognises projects of excellence from galleries and visitor attractions across the UK and Europe, championing those who work hard to deliver inspiring experiences. We are grateful to everyone involved in We’re here because we’re here, especially the thousands of volunteers who took part on the day, for helping to connect people to the centenary of the Battle of the Somme in such a powerful way.