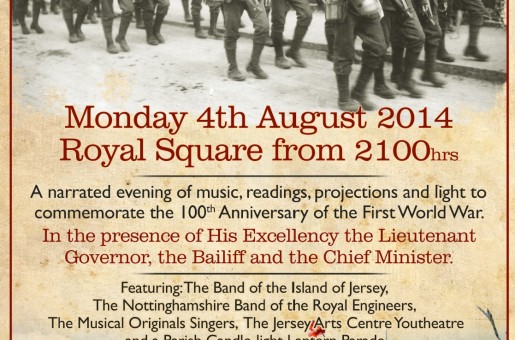 A Ceremony of Light will be held on 4 August in the Royal Square from 9pm. A narrated evening of music, readings, projections and light to commemorate the 100th Anniversary of the First World War featuring the Band of the Island of Jersey, Nottinghamshire Band of the Royal Engineers, Musical Originals, Youtheatre and a Parish Lantern Parade. Free tickets from Jersey Tourism & Bailiff's Chambers.

We cannot take legal responsibility for your participation in LIGHTS OUT. Please be sensible; please be safe. See further information here.