“Early aviatrix, Amy Johnson, became my primary inspiration. Her courage and devotion led her to achievements which gave faith to many women – that they too would be able to reach their goals.”

The inspiration for Xenia Telunts’ Restriction piece came from researching the poor conditions of Victorian workhouses and asylums, where some women who suffered mental distress due to the effects of the First World War were consigned. Telunts wanted to suggest the straitjacket as a reference to women’s restricted position in society and the struggle to support their families financially. She chose to make the dress in white to symbolise innocence and the hope for a brighter future, with black banding as a symbol of repression.

The Release piece represents a powerful, working woman during and after the war. It has a masculine silhouette and was inspired in particular by one luminary woman in particular, Amy Johnson. A child during the First World War, Johnson was celebrated for being the first female pilot to fly from England to Australia in 1930, and served in the Air Transport Auxiliary during the Second World War. 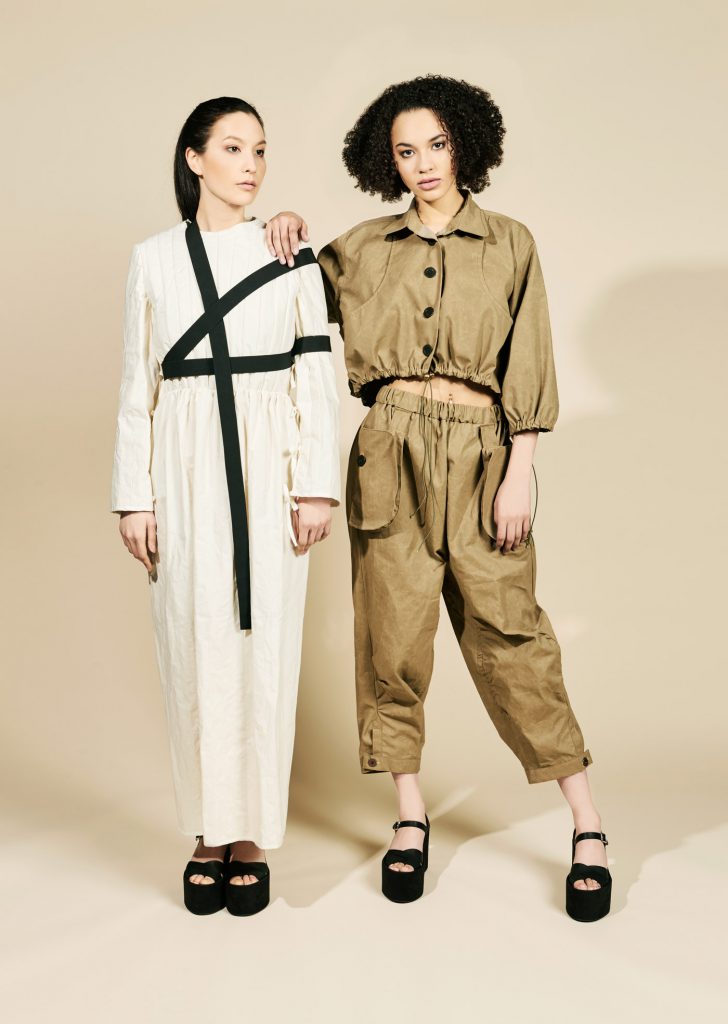