Liverpool Biennial, 14-18 NOW and Tate Liverpool co-commissioned one of the major figures of British pop art, Sir Peter Blake, to ‘dazzle’ a Mersey Ferry in partnership with Merseytravel and National Museums Liverpool.

The third of the Dazzle Ship commission, Sir Peter has covered the Mersey Ferry Snowdrop, with a distinctive pattern entitled Everybody Razzle Dazzle, transforming the ferry into a moving artwork. It can be seen for two years as it continues its commuter service, River Explorer and Manchester Ship Canal Cruises; making this the first of the Dazzle Ship commissions to be a working vessel.

Peter Blake (b. 1932) is a leading figure in the development of British pop art and his work is synonymous with the use of imagery from modern culture, including comic books, consumer goods and advertisements. Everybody Razzle Dazzle is highly evocative of Sir Peter’s signature pop art style.

As well as being a moving artwork, visitors who board the Snowdrop can learn more about the history of dazzle and the role that the Mersey Ferries played during the First World War in the on-board display developed by curators from National Museums Liverpool and Tate Liverpool.

The dazzle style in which the Snowdrop is painted, takes its inspiration from the famous glaring colours and jagged lines of ‘dazzle’ camouflage, designed to confuse enemy U-boat captains. The geometrically patterned boats would have been a familiar sight during the First World War, when hundreds of shipping convoys sailed to and from Britain’s ports.

Jenny Waldman, Director of 14-18 NOW said, ‘We congratulate Peter Blake on this wonderful artwork, which follows the success of the ‘dazzled’ Edmund Gardner in Liverpool and HMS President (1918) in London. Snowdrop offers a completely new way for visitors to experience a dazzle ship and learn more about the rich maritime history of Liverpool and the Mersey Ferries during the First World War. We are grateful for the support of Bloomberg Philanthropies.’

Sally Tallant, Director of Liverpool Biennial, said: ‘It is an honour to commission Sir Peter Blake to revisit the practice of ‘dazzle camouflage’ and to invite him to paint the Snowdrop – an iconic Mersey Ferry. This is the third vessel that we have co-commissioned with our partners and it is wonderful that we are able to undertake this ambitious project with the support of the Exceptional Awards programme from Arts Council England. Millions of people will have the opportunity to see and engage with the artwork and we are delighted to be able to bring this exciting project to Liverpool.’

As the only operating dazzle ship in the UK, visitors can take a river cruise and learn more about dazzle history and the role that the Mersey Ferries took in the First World War in the on-board display.

To find out about tours visit: http://www.merseyferries.co.uk/dazzle/Pages/default.aspx

Everybody Razzle Dazzle is commissioned by Liverpool Biennial, 14-18 NOW and Tate Liverpool in partnership with Merseytravel and National Museums Liverpool (Merseyside Maritime Museum). Supported by Arts Council England, National Lottery through the Heritage Lottery Fund and Department for Culture Media and Sport. 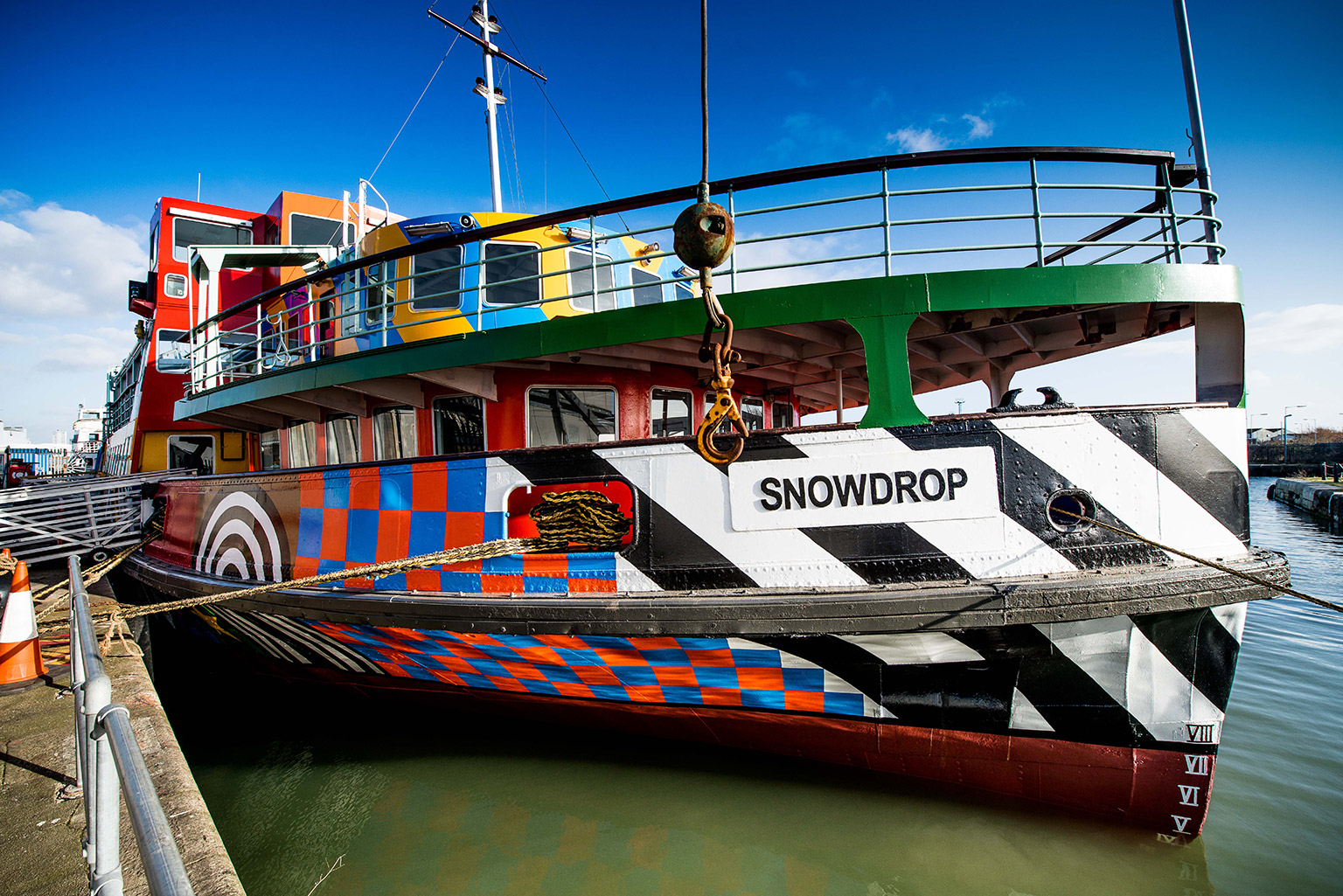 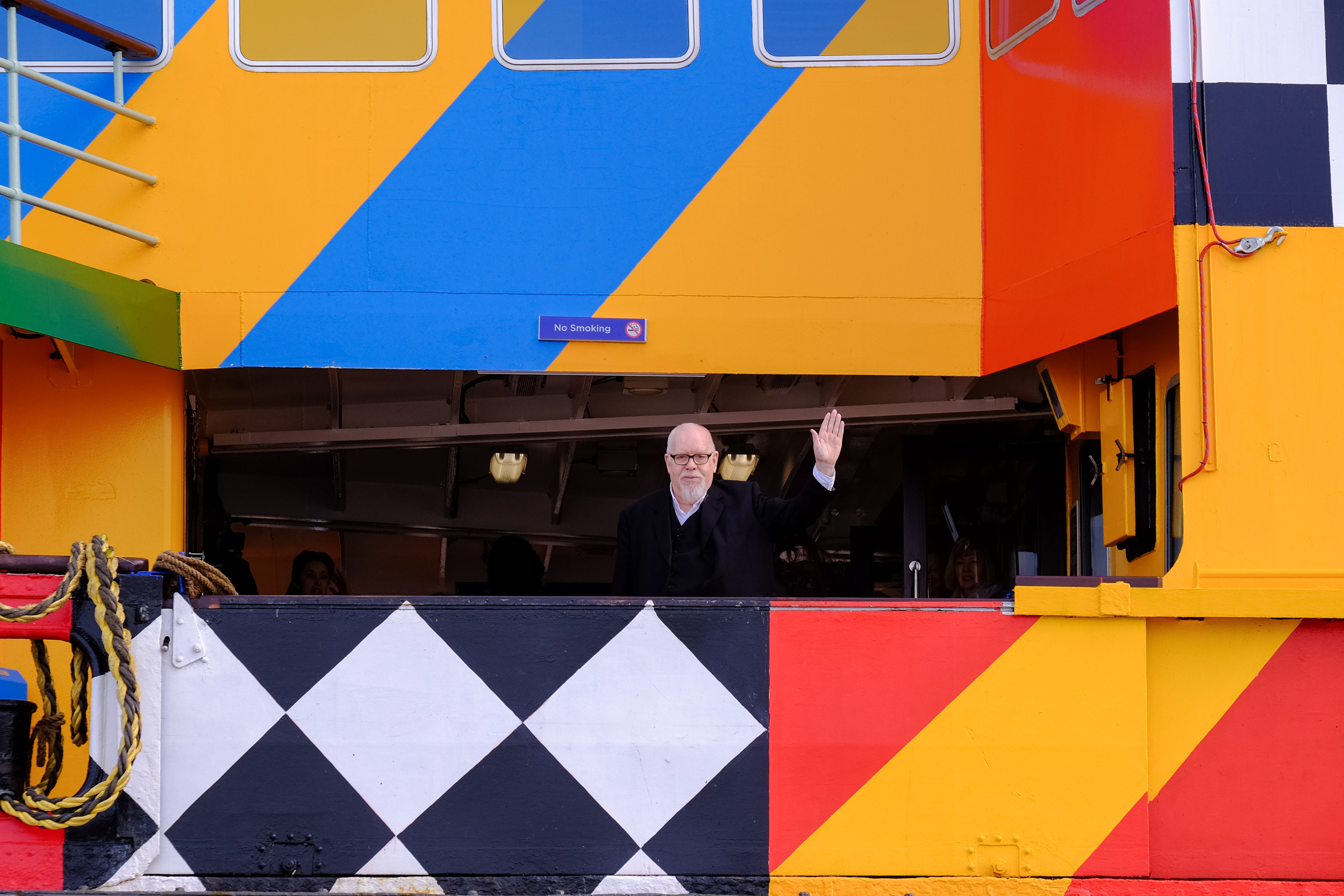 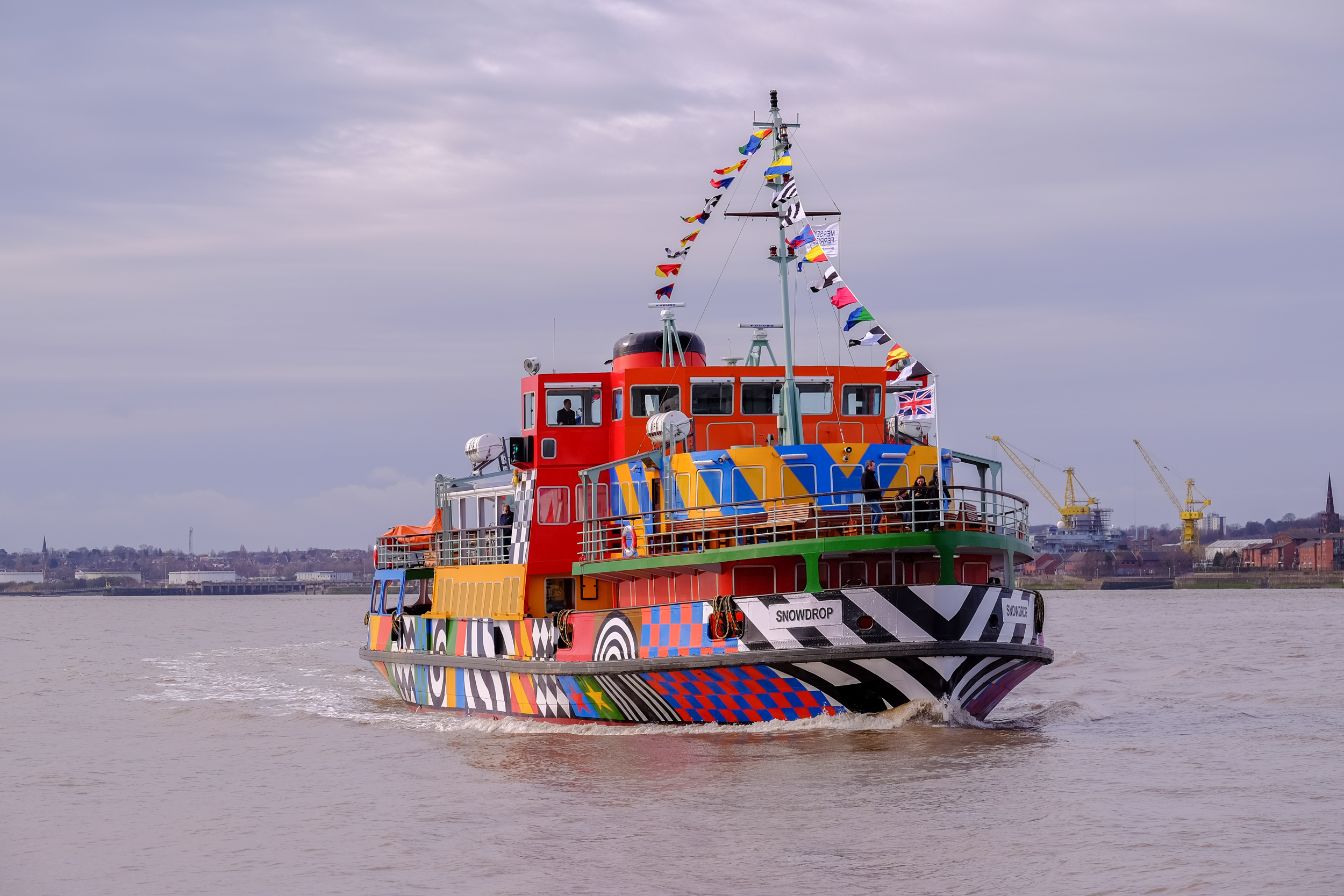