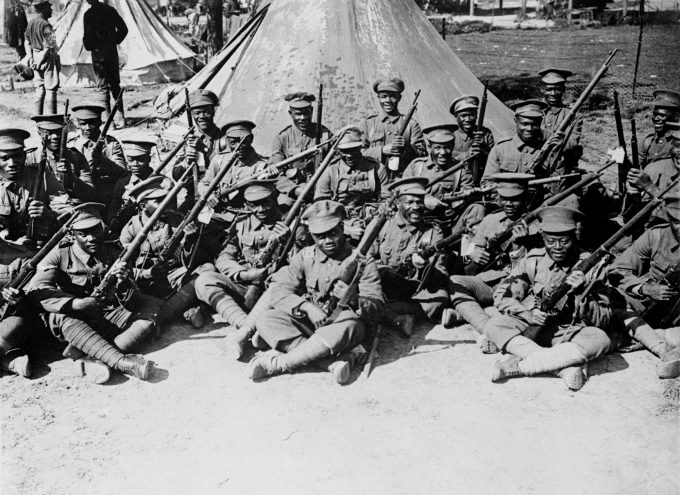 Unwritten Poems invited poets from the international Caribbean diaspora to tell the story of the Caribbean men who fought alongside the British army in the First World War, using words that went unwritten at the time.

In 1915, Britain’s War Office agreed to accept the first volunteers from the West Indies. A total of 15,600 men eventually joined the British West Indian Regiment’s 11 battalions during the First World War. However, these soldiers’ stories remain largely unheard – and while the wealth of First World War poetry has had a profound impact on our perceptions of the conflict, very little of it addresses or is drawn from the war’s impact on the Caribbean men who served, their families and communities, and the relationship between the Caribbean and the UK in the decades that followed. Unwritten Poems considers what it means to be cast into and then omitted from a story or events, left voiceless on a cultural landscape that treasures self-expression.

As well as being performed in a special event in Birmingham on National Poetry Day, the new work appeared in an anthology Unwritten: Caribbean Poems After the First World War published by Nine Arches Press. Like the soldiers themselves, the writers are connected to various countries, including Jamaica, Trinidad and Tobago, Grenada, St Lucia and Guyana. They are Karen McCarthy Woolf, Jay Bernard, Malika Booker, Kat Francois, Jay T. John, Ishion Hutchinson, Charnell Lucien, Vladimir Lucien and Tanya Shirley.

Unwritten Poems was also broadcast on BBC Radio 3 as part of the Contains Strong Language festival 2018.