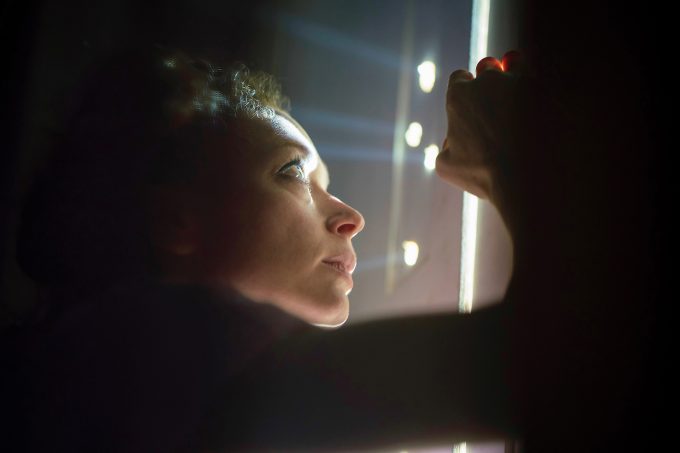 ★★★★ This is immersive theatre at its unrelenting best.

★★★★ a fitting memorial, and an unforgettable one.

Irish Times on the 2016 production

On 28 April 1916, five days into the Easter Rising, 15 civilian men were killed in house-to-house raids by British soldiers on a single Dublin street. An intense, immersive blend of theatre, dance and visual art by David Bolger, Owen Boss and Louise Lowe, These Rooms told two stories: those of the civilians who were victims of and witnesses to the North King Street Massacre, and those of the men of the South Staffordshire Regiment who committed this act – their identities largely anonymous, their actions controversially exonerated at a military enquiry.

Created by two of Ireland’s most original companies, These Rooms received unanimous critical acclaim when it was first presented in a dilapidated Dublin building in 2016 as part of the centenary commemorations of the Easter Rising. It was wholly re-imagined for its London run from the 4 – 22 June 2018; a riveting work shedding new light on a pivotal moment in British-Irish relations. These Rooms is accompanied by Beyond These Rooms, an installation that will premiere at Tate Liverpool from 17 January – 9 February 2019.

Co-commissioned by 14-18 NOW, LIFT and Shoreditch Town Hall. Supported by Culture Ireland as part of GB18: Promoting Irish Arts in Britain. THESE ROOMS began as an Arts Council of Ireland Open Call National Project in ART2016.

★★★★ This is immersive theatre at its unrelenting best.

★★★★ a fitting memorial, and an unforgettable one.

Irish Times on the 2016 production

Beyond These Rooms is the visual art installation resulting from the live performance work These Rooms that continues to interrogate the original archive and research.

Three special screenings of the Falling out of Standing films by David Bolger, Owen Boss and Louise Lowe with the opportunity to “Meet the Director” before and after the screening cycle.