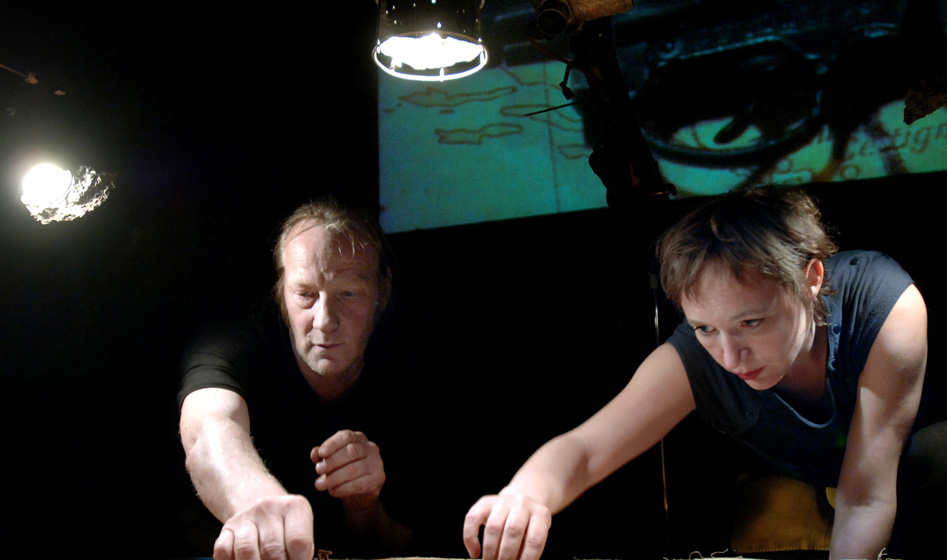 1914 – 1918. Millions of soldiers wrote letters to their loved ones from the trenches. Millions died in the fire and the mud. Millions came home with stories that could not be told, or could not be heard. Just like any war.

Using live animation and a miniature film set, Hotel Modern recreated the experiences of millions of soldiers. The audience was made witness to the reconstruction of the Western Front on a tiny scale, using soil, parsley and rusty nails. A Foley artist provided the soundtrack to the film: a rap on the table like a  hand grenade exploding, the strike of a match like mustard gas being released.

Presented by 14-18 NOW, LIFT and Southbank Centre. A House on Fire project, supported by the Culture Programme of the European Union and the National Lottery through the Heritage Lottery Fund and Arts Council England