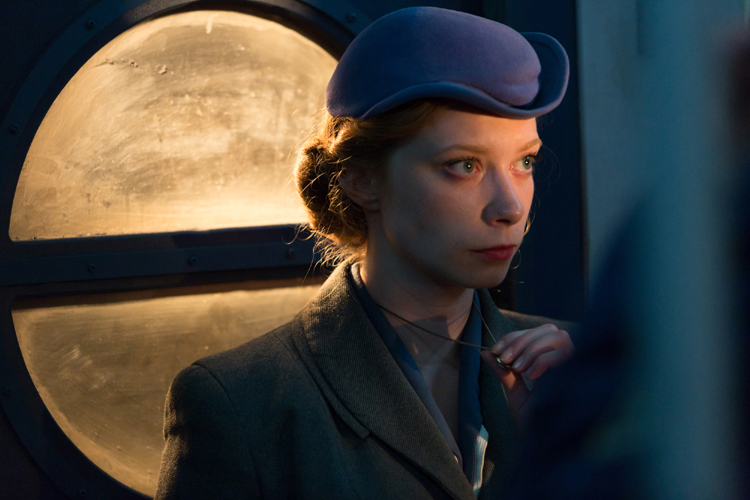 In 2016, we welcomed back The Forbidden Zone, which was streamed in real time from Salzburg Festival to Barbican in 2014. It was presented as part of our 2016 season live at the Barbican Theatre. Offering a uniquely female perspective on war, science and the advance of chemical weapons, it was a multimedia show of epic scale and intricacy, directed by Katie Mitchell.

Clara Immerwahr, wife of the famed chemist Fritz Haber, is profoundly disturbed when her husband’s research leads to the development of chlorine gas during the First World War. Over 30 years later, her granddaughter, a scientist committed to finding a poison gas antidote, faces similar despair.

Interweaving multiple narratives across two time periods and continents, The Forbidden Zone featured feminist texts by Hannah Arendt, Simone de Beauvoir, Virginia Woolf, Emma Goldman and Mary Borden, whose account of running a field hospital provides the production’s title. With elaborate period sets, including a moving subway train, the drama was heightened by the seamless, real-time creation onstage of cinematic-quality film, screened to intensify every meticulous move made by the Schaubühne’s outstanding ensemble.

Performed in English and German with English surtitles

Click here to read more about the live streaming of The Forbidden Zone in 2014.