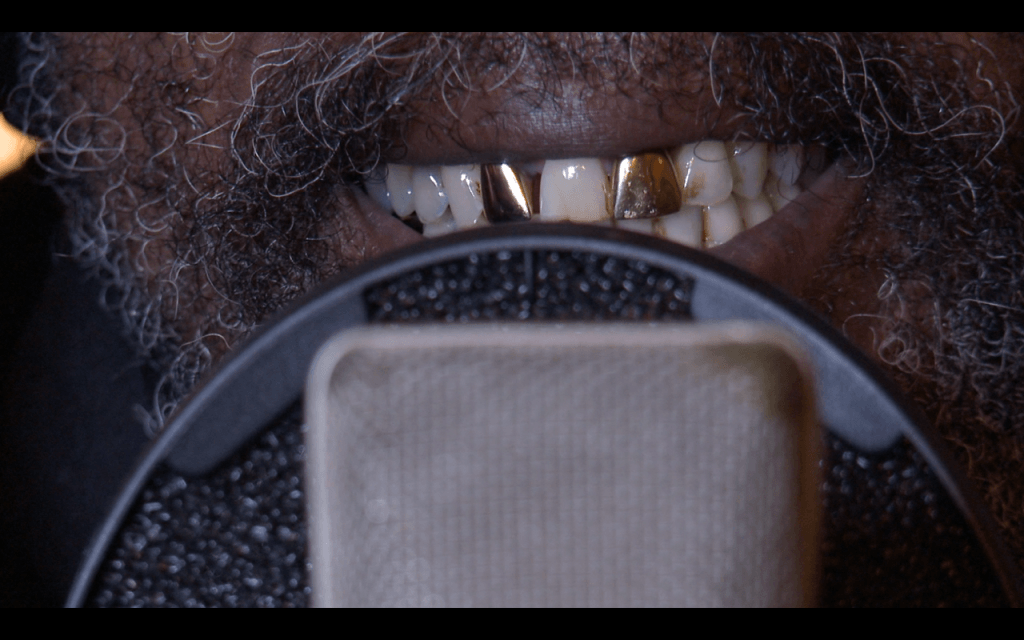 The Empire Café was a week-long event in the Briggait, Glasgow during the 2014 Commonwealth Games, exploring the context of Scotland and the North Atlantic slave trade.

As part of The Empire Café’s wider programme, 14 –18 NOW commissioned a new piece of work, War c/w I Murder Hate by Scottish artist Graham Fagen, which was exhibited in the Briggait (home of the Merchant’s Steeple) throughout the course of the week.

Fagen considered the stories of Jamaican soldiers during the First World War through a new piece of film, looking at how Jamaican identity developed through a change from slave to citizen.  The resulting film documents a contemporary recording session of two songs, pairing Bob Marley’s War, which started life as a speech given by Haile Selassie calling for world peace, with Robert Burns’ 1790 anti-war song I Murder Hate. Ultimately War c/w I Murder Hate is about humanity; condemning inequality and championing love over hate.

Also in the Briggait, the designers of The Empire Café, Collective Architecture created a bespoke writing room where the public could go to be inspired and compose their own LETTER TO AN UNKNOWN SOLDIER as part of 14 –18 NOW’s UK-wide participative project to get the public writing. Collective Architecture designed a discrete pavilion within which Café visitors could reflect on what they wanted to say to the Unknown Soldier as he went off to war in 1914.

The work was led by author Louise Welsh and Jude Barber of Collective Architecture.