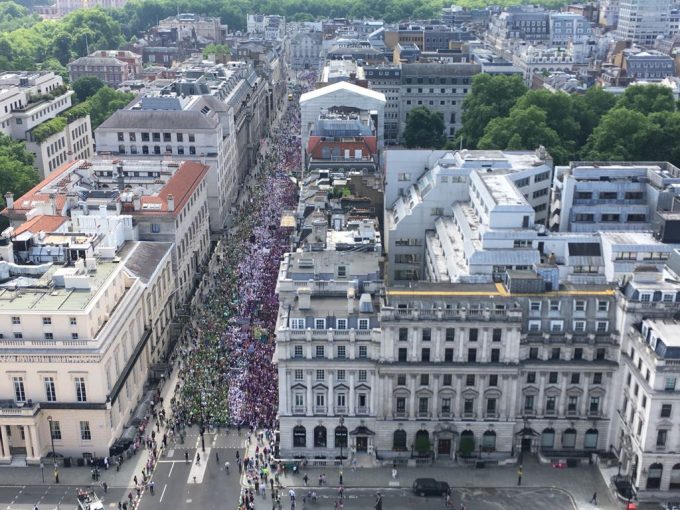 The Suffragettes and Suffragists

The campaign for women to be granted the parliamentary vote on the same terms as it was given to men began in 1866 with the presentation of a petition to Parliament by John Stuart Mill MP. This petition was signed by over 1500 women, many of whom continued campaigning. For, although neither the 1867 nor 1884 Reform acts enfranchised women, the movement advanced throughout the remainder of the 19th century, spreading to all parts of Britain and Ireland. Numerous bills to enfranchise women were brought before parliament but none succeeded, although other legislation, such as the Married Women’s Property acts, did something to improve the status of women. In 1897 the many women’s suffrage societies united in the National Union of Women’s Suffrage Societies, under the leadership of Mrs Millicent Fawcett. The NUWSS, whose members were known as ‘suffragists’, led the ‘constitutional’ campaign for the vote for women during the period before and during the First World War.

The NUWSS method was called ‘constitutional’ to differentiate it from the ‘militant’ suffragette campaign, which began in 1903 with the formation in Manchester of the Women’s Social and Political Union (WSPU), led by Mrs Emmeline Pankhurst and her daughter, Christabel. Mrs Pankhurst had been involved with the suffrage campaign since the 1870s and, tiring of the well-tried methods, had resolved to take more direct action. In 1906 the WSPU moved to London where they were joined in the leadership by a wealthy philanthropic couple, Emmeline and Frederick Pethick-Lawrence. All suffrage campaigners were known as ‘suffragists’ until February 1906 when the word ‘suffragette’ was first used by the Daily Mail to describe WSPU activists. The ‘-ette’ ending was intended to belittle, but the WSPU proudly adopted the name, eventually even naming their newspaper The Suffragette.

While the NUWSS continued to work with the political machine in order to get a women’s suffrage bill through Parliament, the WSPU’s concept of militancy escalated from the heckling of politicians to attacks on property, until by 1914 some suffragettes were committing acts of bombing and arson. When arrested and imprisoned many went on hunger strike and were then forcibly fed, enduring considerable pain in the process.

In 1912 the Pethick-Lawrences were dismissed from the WSPU leadership because they would not condone the increasing violence. At about the same time Mrs Pankhurst’s younger daughter, Sylvia, was also expelled. She set up a new organization, the East London Federation of Suffragettes, her main concern being the interests of working-class women, By August 1914 the WSPU was in difficulties. The Home Office had used a variety of means to interrupt its business, Christabel Pankhurst had fled to Paris and Mrs Pankhurst was in and out of prison, on hunger strike, the authorities never daring to forcibly feed her.

On the declaration of war the Pankhursts called a halt to the militant suffrage campaign and backed the government’s war effort, as did the NUWSS. However, unlike the WSPU, the NUWSS continued lobbying behind the scenes, bringing pressure to bear on the Speaker’s Conference set up in 1916 to discuss the compilation of a new electoral roll. This was considered necessary in order to enfranchise the fighting men who did not possess the necessary pre-war property qualifications. At this point lobbying, spearheaded by the NUWSS, ensured that some women would also be included on the revised roll. Parliament still refused women the vote on equal terms with men, stipulating that women had to be over 30 and had to meet a property qualification. The great contribution that women had made to the war effort offered a smokescreen to those in government who had so vehemently opposed ‘votes for women’, allowing them to change their minds without losing face. Thus, under the terms of the 1918 Representation of the People Act, circa 8.4 million women were for the first time able to cast a parliamentary vote in the November 1918 general election. 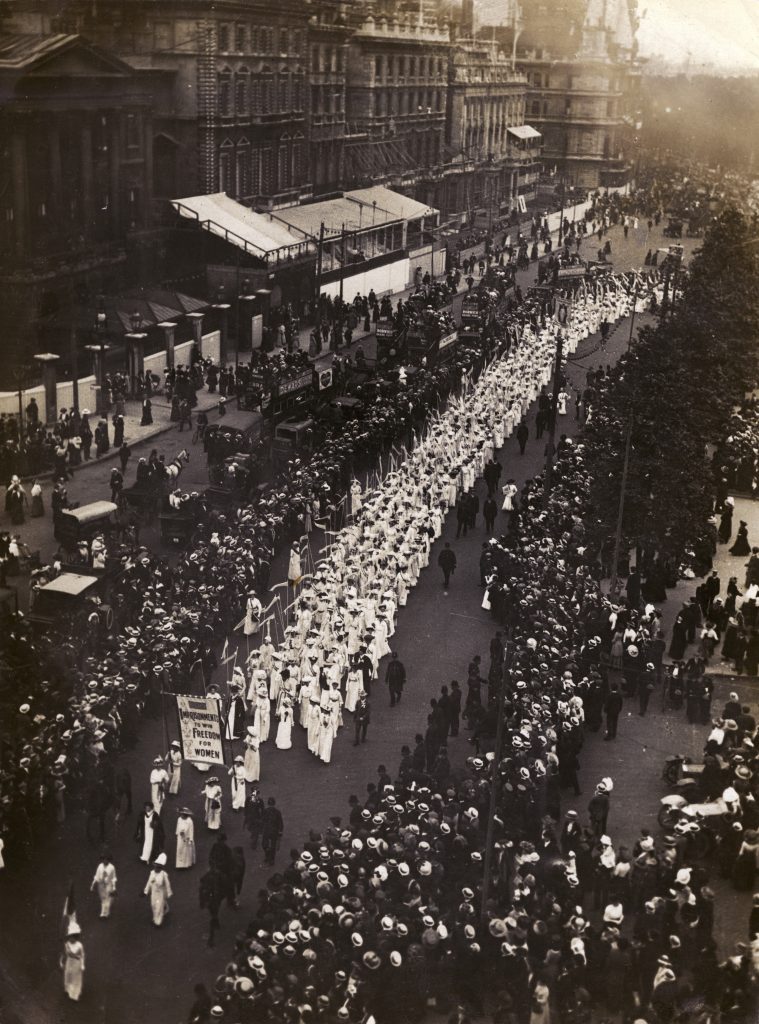 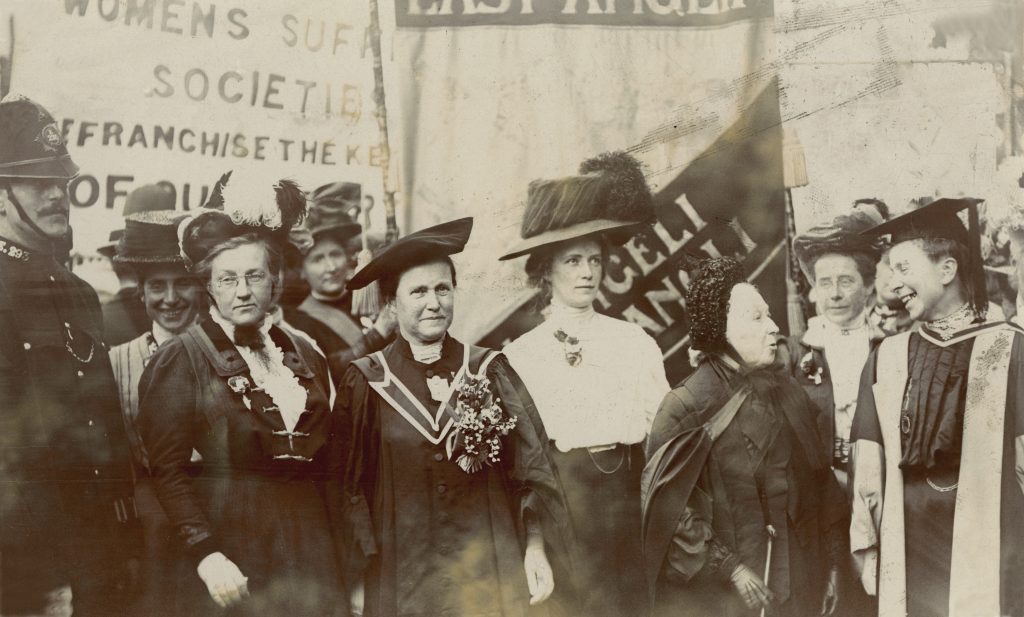 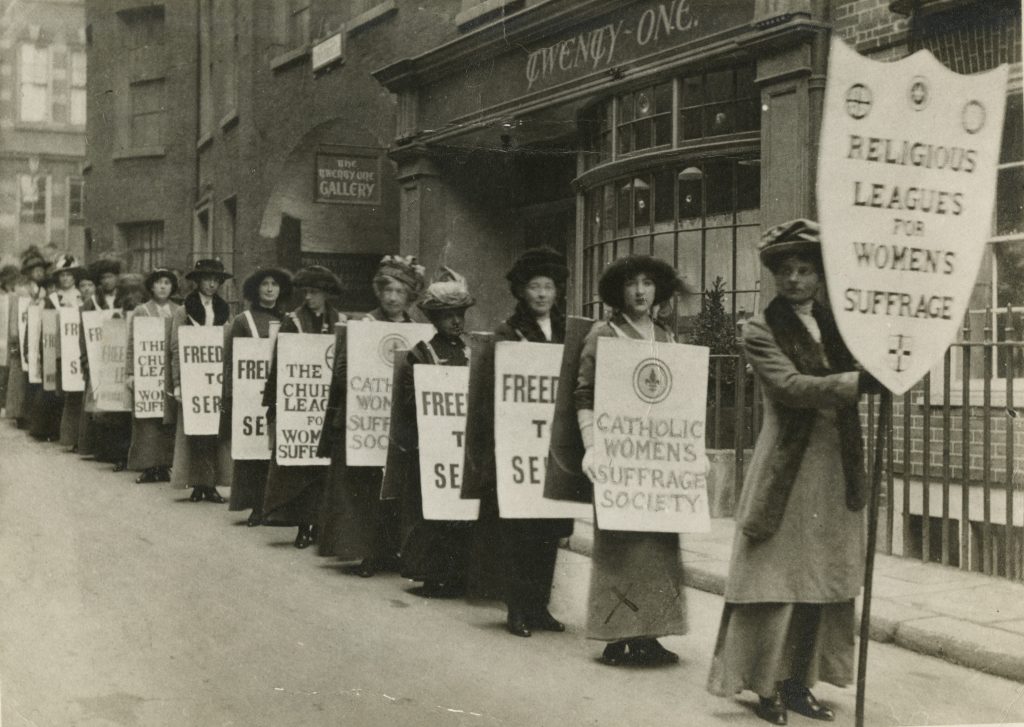 Procession of the religious leagues for women’s suffrage, c.1914. 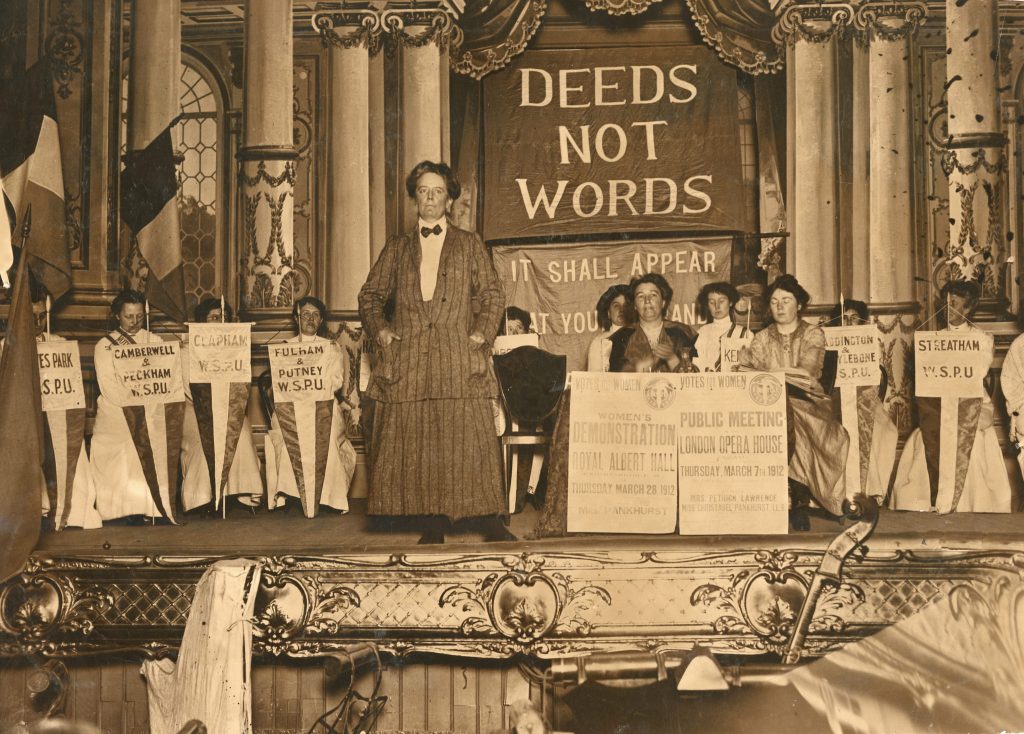 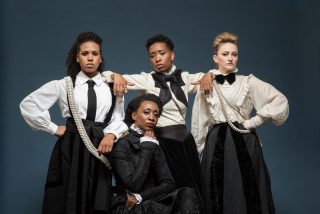