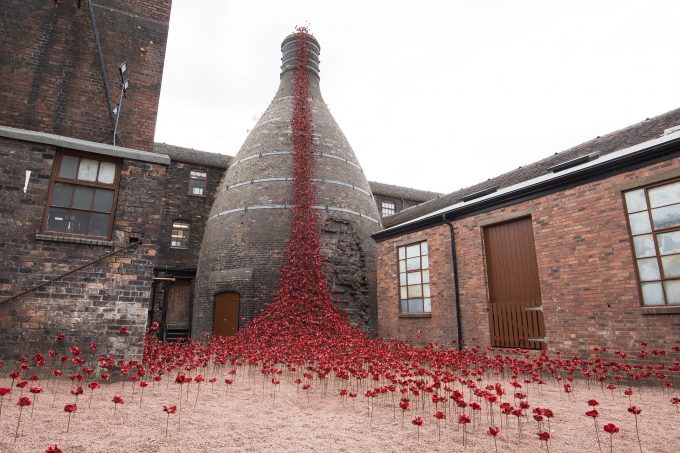 Middleport Pottery’s historic Grade II* listed site was built in 1888 for a well-known local ceramics company, Burgess & Leigh Limited. It has maintained unbroken pottery production since its Victorian inception. In June 2011, The United Kingdom Historic Building Preservation Trust (UKHBPT) stepped in to restore Middleport Pottery after the buildings had fallen into disrepair, and embarked on a £9 million, three-year project to regenerate and revitalise the site. In June 2014, HRH The Prince of Wales opened the refurbished Middleport Pottery, now containing the Burleigh factory, Visitor Centre, Tea Rooms, shop, activity areas and workshops and offices for creative businesses. Today, Middleport Pottery is a thriving, exciting visitor destination, and continues as the last working Victorian pottery in the United Kingdom.

To see Weeping Window at Middleport Pottery, you must have a ticket. Tickets are free and are available to book here.