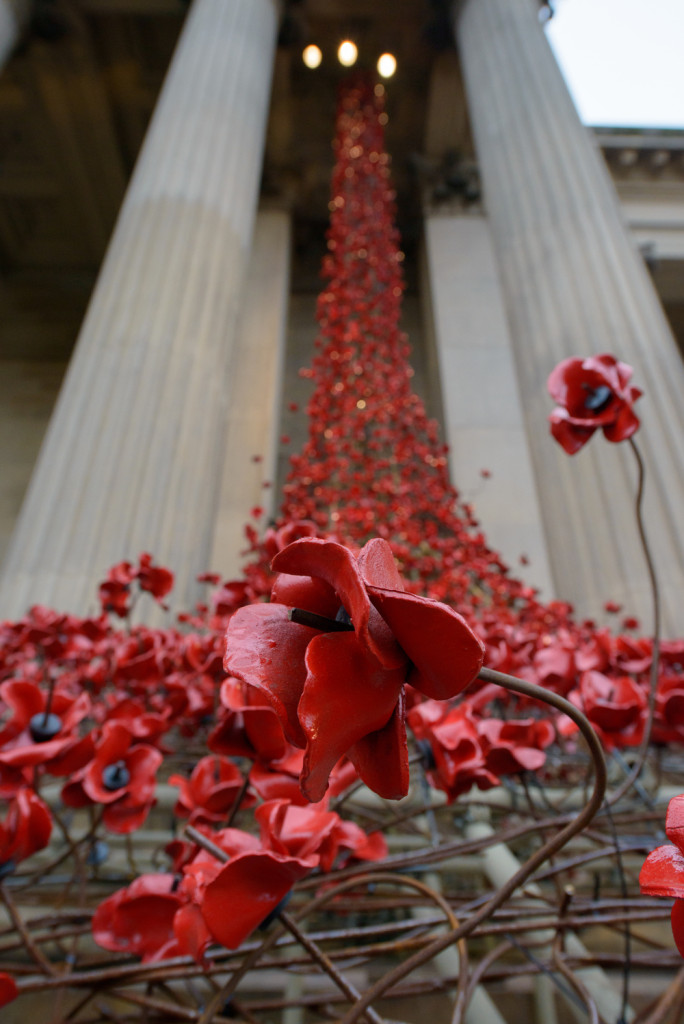 Weeping Window is a cascade comprising several thousand handmade ceramic poppies, it was originally seen pouring from a high window to the ground below at the Tower of London as part of the installation Blood Swept Lands and Seas of Red.

St George’s Hall sits proudly within Liverpool’s cultural quarter and its UNESCO World Heritage site. The Grade I listed building was built in 1854 and is regarded today as one of the finest examples of neo classical architecture in the world.

During World War One, St George’s Hall became the rallying point for the famous Liverpool PALS, when speakers including Lord Derby and Lord Kitchener appealed for 100,000 men to form a new army. Men from all over the region who enlisted in Lord Derby’s PALS Battalions traveled to St George’s Hall to sign their attestment papers.

14-18 NOW is presenting the iconic poppy sculptures Wave and Weeping Window at selected locations around the UK until 2018.