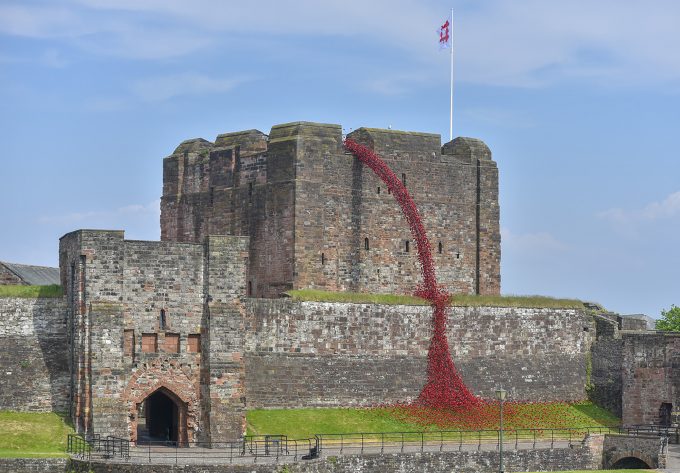 Carlisle Castle, which has military connections dating back to the eleventh century, is cared for and open to visitors by English Heritage and home to Cumbria’s Museum of Military Life. Weeping Window flows from the top of the keep, arching over the inner ward wall and cascading down into the outer ward, enabling visitors to view the sculpture from below for the first time.

During the First World War, Carlisle Castle provided an HQ for the Volunteer Training Corps, accommodation for the Labour Corps. It was HQ for the King’s Own Royal Border Regiment from 1873 to 1959. A total of 23,000 recruits passed through the castle during the First World War, with the war costing the Border Regiment nearly 7,000 lives. The Regiment saw action in almost every theatre of war: France, Flanders, India, Burma and Gallipoli, Italy, Mesopotamia and Macedonia. Many Battle Honours were awarded to the Regiment, including five Victoria Crosses.