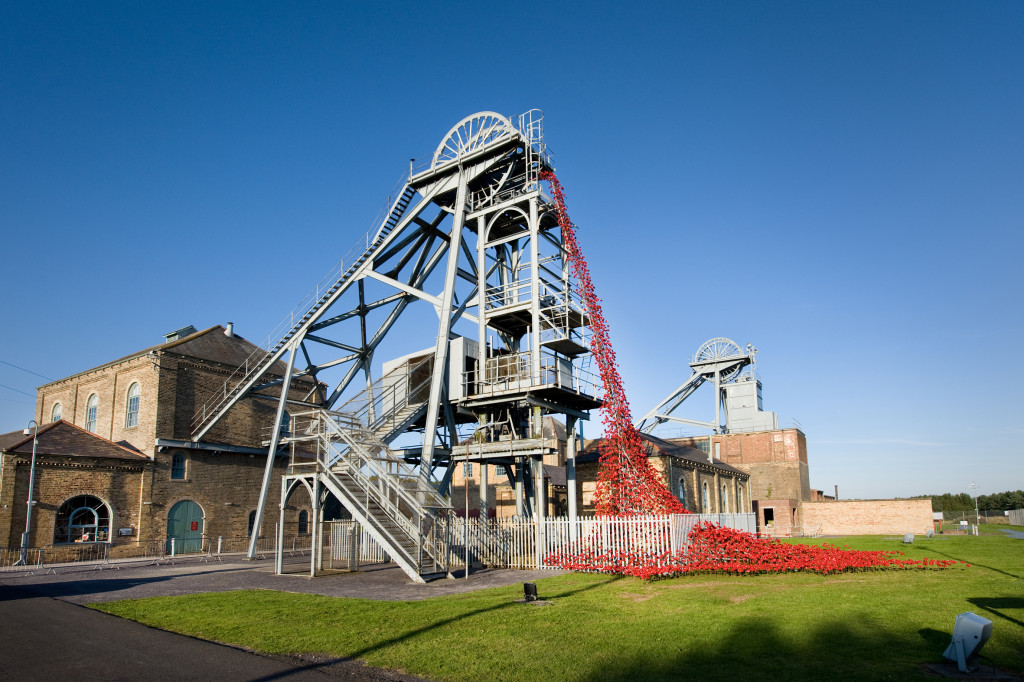 Woodhorn Museum was honoured to be the first venue to present Weeping Window by artist Paul Cummins and designer Tom Piper.

Weeping Window is a cascade comprising several thousand handmade ceramic poppies, it was originally seen pouring from a high window to the ground below at the Tower of London as part of the installation Blood Swept Lands and Seas of Red.

At Woodhorn, Weeping Window cascaded 55ft from the winding wheel of the No. 1 Heapstead (built in 1897). The Heapstead, an instantly recognisable symbol of the industrial heritage of the region, provided a dramatic new backdrop and context to the sculpture.

Woodhorn Colliery played a major part to the war effort, not only for coal production, but also supplying skilled miners for the front. From the minute books of the Ashington Coal Company we have established that from a workforce of over 9000, nearly 2500 were serving within the armed forces and, by the beginning of 1917, around 250 had lost their lives. Discover more of Woodhorn’s story by exploring the historic colliery buildings and ‘Coal Town’ exhibition in the main museum.

Join the conversation at #PoppiesTour

For more information on the Weeping Window at Woodhorn Museum

14-18 NOW is presenting the iconic poppy sculptures Wave and Weeping Window at selected locations around the UK until 2018.

Woodhorn Museum is just off the A189 Coastal Route east of Ashington, Northumberland.  For directions