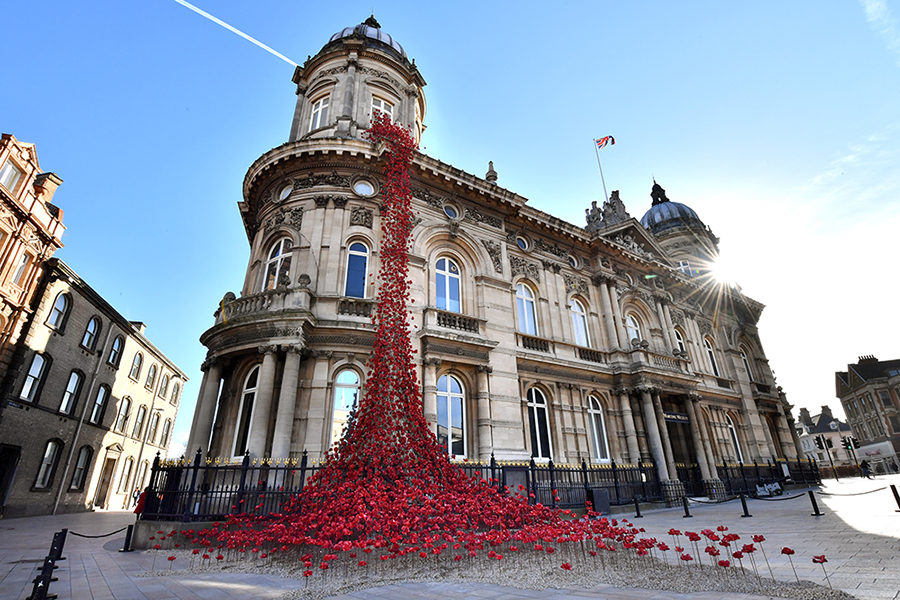 In Hull Weeping Window is installed at one of the most identifiable buildings in Hull’s city centre, Hull Maritime Museum. Formerly the Dock Offices, it witnessed many of the defining events of the First World War in Hull. Close by at the City Hall thousands of local men joined up to serve in several of the ‘Pals’ Battalions in the East Yorkshire Regiment; the funeral procession of the victims of the  E13 submarine disaster passed close by; and Zeppelin air raids caused scores of civilian deaths in the surrounding area. The contribution of Hull’s mariners, whose history is preserved in the Museum, was hugely significant in Britain’s maritime war effort. Much of the fishing fleet was requisitioned for mine-sweeping and searching for submarines, and many Hull fishermen served courageously throughout the War.