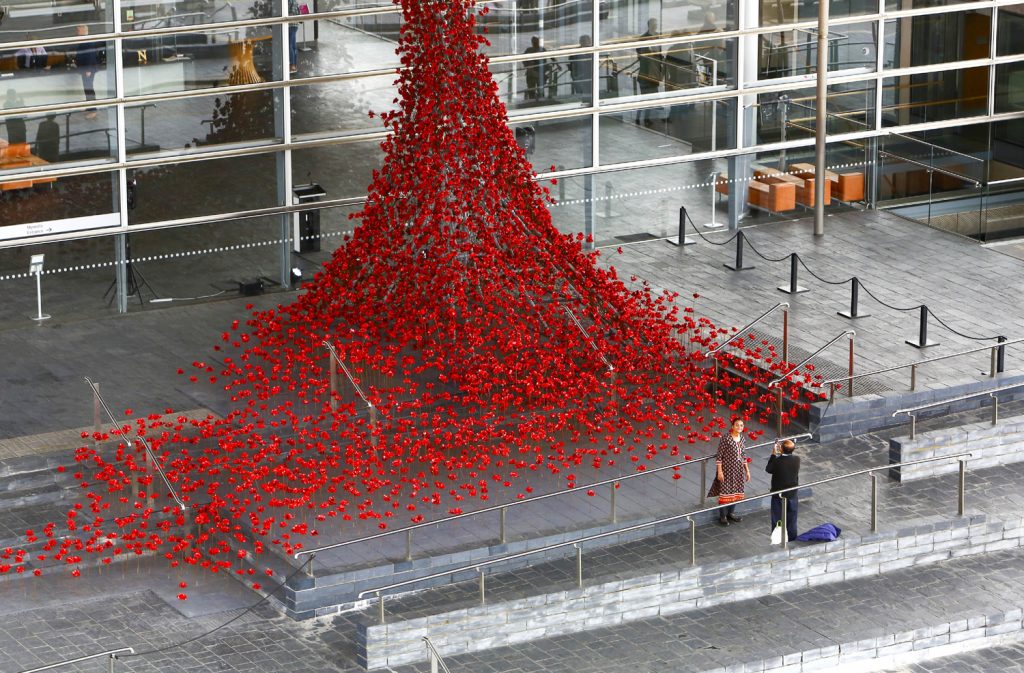 The home of democracy in Wales, the Senedd is where the 60 elected Members of the National Assembly for Wales debate issues that affect Welsh life. Situated in Cardiff Bay next to another of the Assembly’s buildings, the Grade 1 listed Pierhead, the Senedd looks out over a panorama of sky and water.  Formally opened by HM The Queen on St David’s Day 2006, the Senedd belongs to the people of Wales.

As part of its commitment to commemorate the centenary of the First World War, the National Assembly for Wales is holding a series of events over the four year commemorative period, contributing to the Cymru’n Cofio/Wales Remembers 1914-1918 national centenary programme of remembrance.  As the focal point of Welsh public life, and a symbol of democracy in Wales and the United Kingdom, it is fitting that the Senedd hosts Weeping Window and a supporting programme of activities, which will be managed and developed in partnership with the Welsh Centre for International Affairs and their ‘Wales for Peace’ programme.