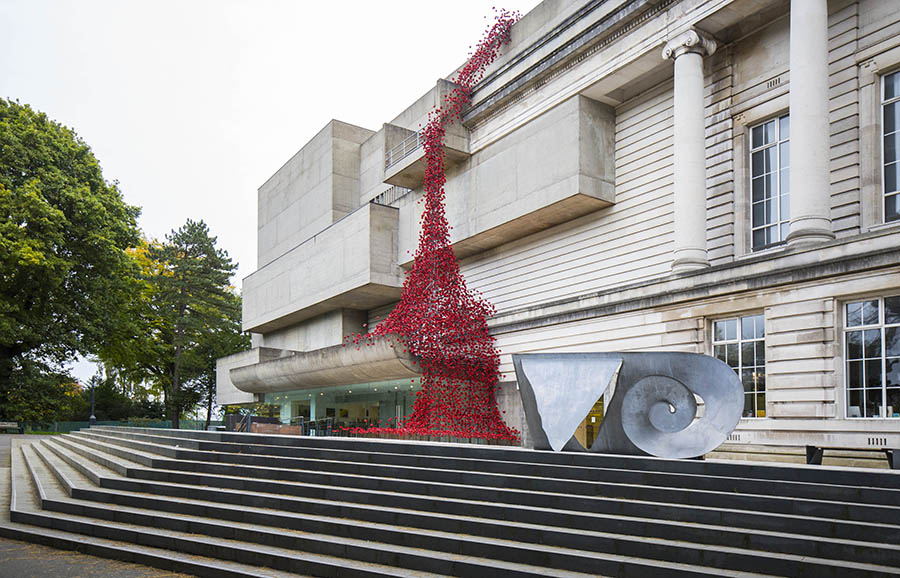 The Ulster Museum is one of the most iconic buildings in Belfast and houses Northern Ireland’s national collections of art, history and natural science. In 2014, to mark the centenary of the outbreak of the First World War, the Museum opened a new, permanent ‘Modern History’ gallery with The ‘Decade of Centenaries’ period, from 1912-22, at its heart, in recognition of the significance of this period in shaping the future, outlook and identities of what was to become Northern Ireland. The First World War and its aftermath are explored through social, cultural, political and military history.

The Ulster Museum’s unique architecture marries the traditional with the modern attracting people from across the world, but also sparking debate with the Northern Ireland public. The extraordinary building façade will provide a stunning backdrop for Weeping Window. The Museum’s location within the city’s Botanic Gardens will permit the public to view the sculpture at close, intimate range, but also to appreciate its power and spectacle from a distance.

Presented as part of the Belfast International Arts Festival 2017