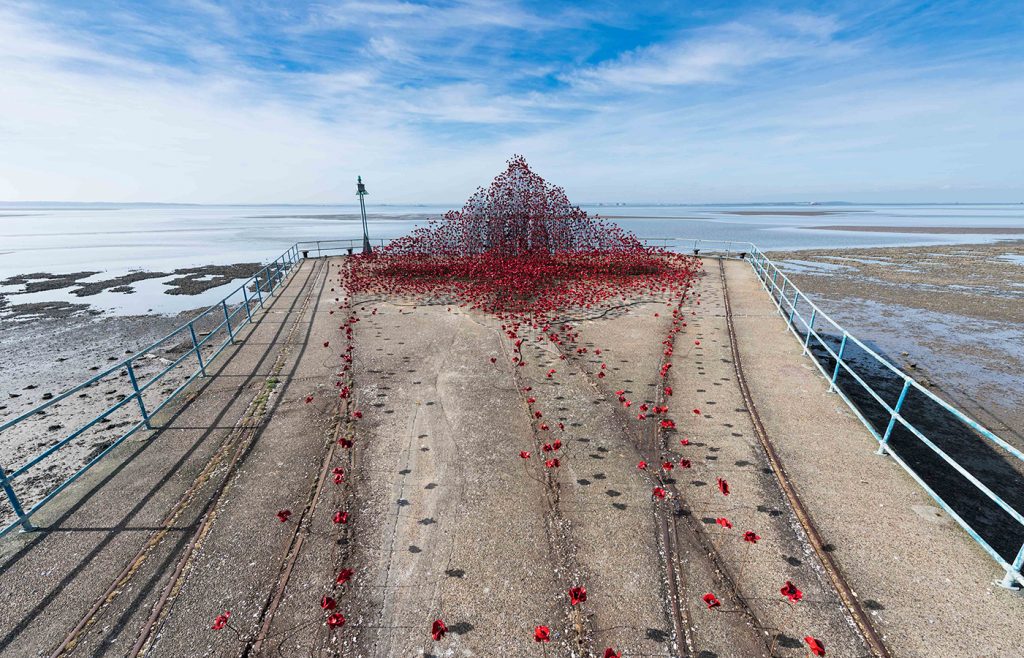 The breathtaking sculpture Wave, a sweeping arch of bright red poppy heads suspended on towering stalks, was originally seen at the Tower of London as part of the installation Blood Swept Lands and Seas of Red.

For the installation in Shoeburyness, Southend-on-Sea, the sculpture was located at The Barge Pier, built in 1908. Southend was the scene of one of the first air-raid attacks on the UK and many of the artillery guns used were designed and tested at Shoeburyness. In common with the rest of the country, many people from Southend fought or acted as nursing staff and many lost their lives.