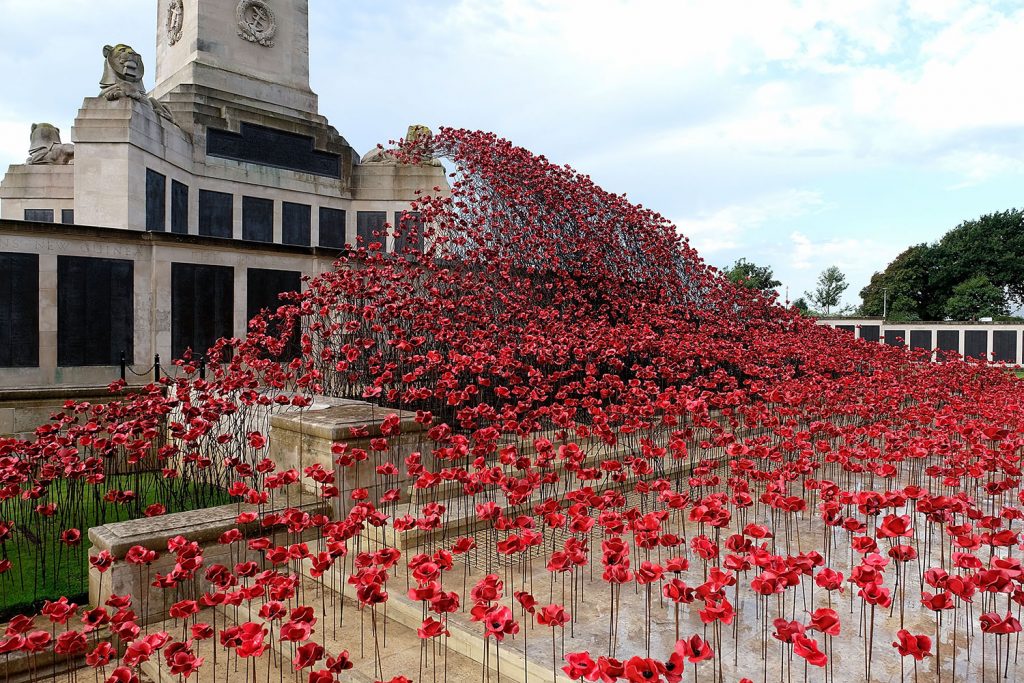 Poppies: Wave, a sweeping arch of bright red poppy heads suspended on towering stalks, was originally seen at the Tower of London as part of the installation Blood Swept Lands and Seas of Red. It can currently be seen at the CWGC Plymouth Naval Memorial.

The memorial is situated centrally on the Hoe, which looks directly towards Plymouth Sound. Designed by Sir Robert Lorimer with sculpture by Henry Poole,  the memorial was unveiled by HRH Prince George on 29 July 1924 and was built and is maintained by the Commonwealth War Graves Commission.  Commemorating the almost 7,300 servicemen and women of the First World War who have no known grave and the seamen of the Royal Navy who sailed from Plymouth, the First World War panels also bear the names of sailors from Australia and South Africa.