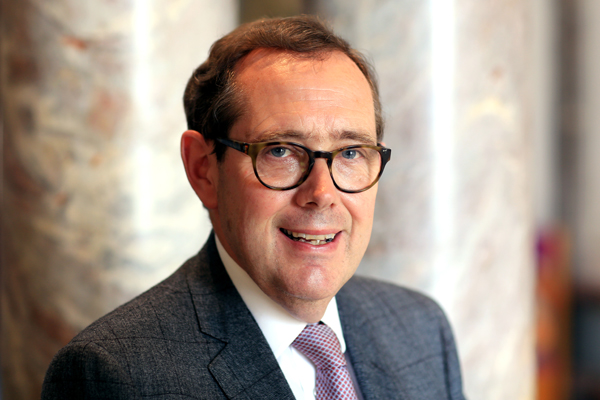 He was previously Member of Parliament for Mid Worcestershire for 23 years. He served as chair of two select committees, Agriculture and Business Innovation & Skills, and as Defence Minister for Equipment and Technology.

For six years he was Chair of Worcester Cathedral Church Council; as an MP he worked for reform of Chancel Repair Liability.

He is a Vice President of the Severn Valley Railway and of the Worcester Birmingham and Droitwich Canals Society.

As a constituency MP he has seen the impact of Heritage Lottery funding, having also been involved in several successful bids – and broader fundraising campaigns  – including: Hartlebury Castle; Evesham Abbey Bell Tower; the Worcestershire Wildlife Trust;  the Almonry Museum, Evesham; and the Regal Cinema, Evesham.

Before standing down at the 2015 election, he was Commons Co-chair of the Speakers’ Advisory Committee on the 2015 Anniversaries (principally the Magna Carta 800th and the de Montfort Parliament 750th) and a member of the National Trust/Surrey County Council Project Board for the major national Magna Carta Anniversary event.

Peter has a long-standing interest in theatre and the performing arts. He has campaigned successfully for grants for students of dance and drama, reducing the burdens on touring circuses and safeguarding spectrum for radio microphones.

Before entering politics he was a public and corporate affairs consultant and managing director of his own company. He is an honorary fellow of the Chartered Institute of Public Relations.

He was knighted in 2014 for political and public service. He is a fellow of the Royal Society of Arts and his two heroes are Isambard Kingdom Brunel and William Shakespeare.