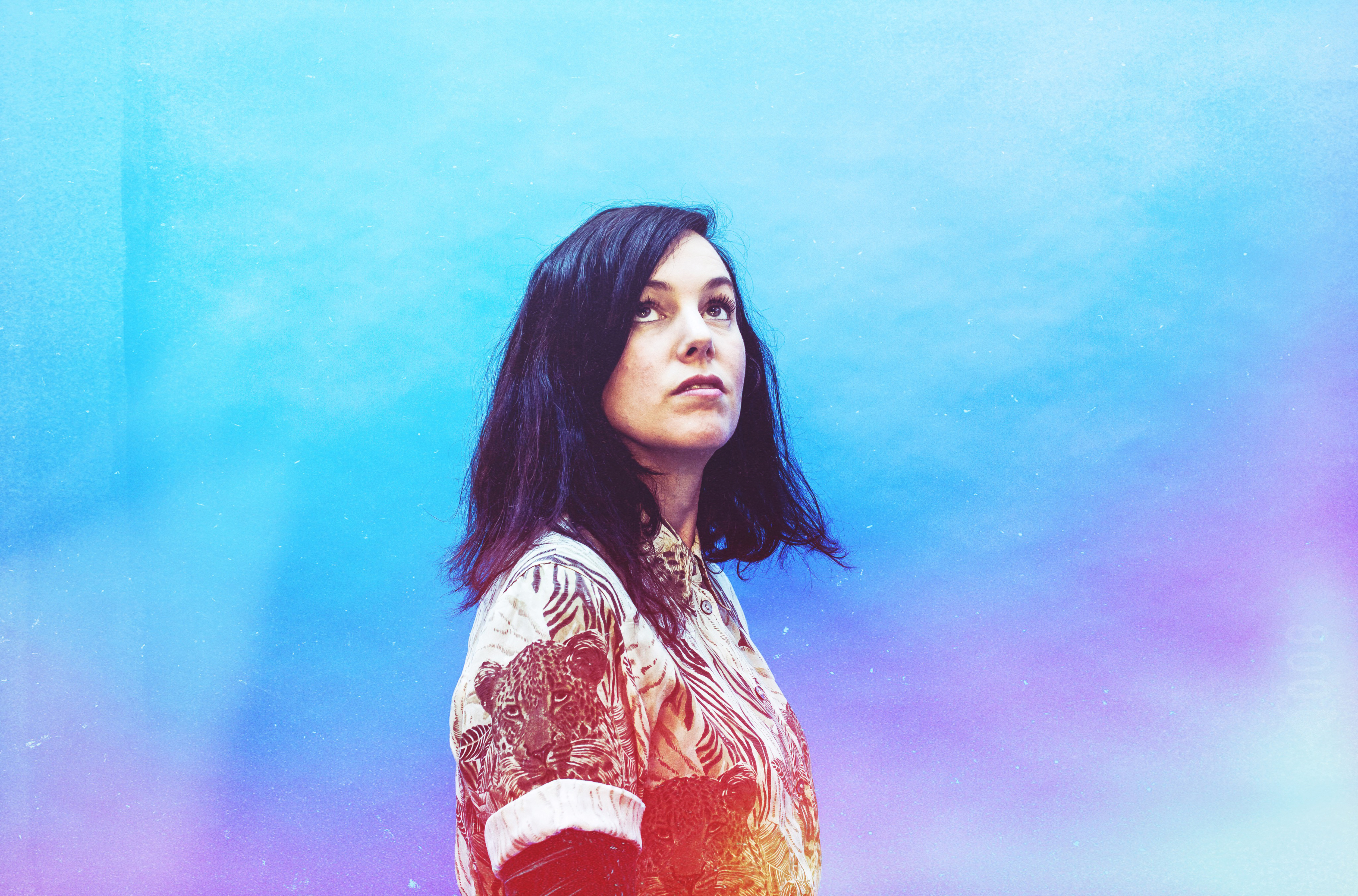 Anna Meredith is a composer, producer and performer of both acoustic and electronic music. Her sound is frequently described as ‘uncategorisable’ and ‘genredefying’ can straddles the worlds of contemporary classical, art pop, electronica and experimental rock. Her music has been performed everywhere from the BBC First & Last Night of the Proms to flashmob body-percussion performances in the M6 services, PRADA, Fendi, Chloe & Christopher Kane fashion campaigns, numerous films, installations and documentaries, pop festivals, clubs and classical concert halls worldwide and broadcast on Radio 1, 2, 3, 4 & 6.

Her debut album, Varmints, was released in March 2016 on Moshi Moshi Reocrds to huge critical acclaim with numerous 4 and 5 star reviews from press and media around the world including Pitchfork’s coveted Best New Music. Varmints was Loud & Quiet’s Album of the Year 2016 and won the 2016 Scottish Album of the Year (SAY) Award.

Much to Anna’s surprise she was voted Number One in The List’s Hot100 (of Cultural Contributors in 2016) and featured in the Top 40 Woman’s Hour Power List on BBC Radio 4 in 2018.

Anna is also a regular TV and radio guest, judge and panel member on numerous shows including her role as Goldie’s mentor for the TV show Classical Goldie. She has been Composer in Residence with the BBC Scottish Symphony Orchestra, RPS/PRS Composer in the House with Sinfonia ViVA, classical music representative for the 2009 Southbank Show Breakthrough Award and winner of the 2010 Paul Hamlyn Award for Composers.

Her piece ‘Connect It’ was written for the BBC’s award-winning Ten Pieces scheme and has been performed by half of all the UK’s primary school children. Anna has lead broadcasts, workshops and performances including Radio 2’s Proms in the Park to 40,000 people.

Recent projects have included collaborations with Laura Marling and The Stranglers for the first BBC 6Music Prom, commissions for the Aurora Orchestra, Scottish Ensemble, Netherlands Chamber Orchestra and Living Earth Duo, installations for sleep pods in Singapore and park benches in Hong Kong and the world’s first Concerto for Beatboxer and Orchestra.

In 2018, Anna scored her first feature film – Bo Burnham’s ‘Eighth Grade’ which won the Sundance Audience Award. In the same year, she opened the 2018 BBC Proms and Edinburgh International Festivals with a 22-minute piece celebrating the centenary of the First World War in collaboration with Tony Award-winning 59 Productions.

She has created installations for lifts for Manchester International Festival, made a piece for custom whirly tubes for Sound Unbound at The Barbican, arranged for Sigur Ros and the LA Philharmonic and the Walt Disney Concert Hall in LA and will release her new album in Autumn 2019.