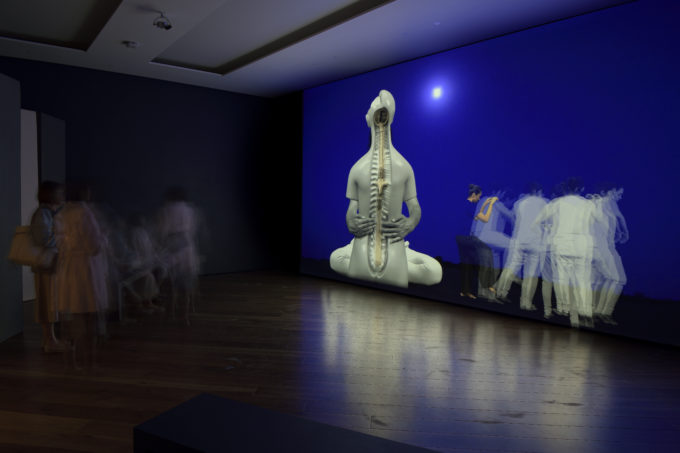 Not Yet At Ease

Not Yet At Ease explored the history of psychological disorders resulting from conflict and the stigmas attached to them. Using poetry and performance, this immersive artwork was inspired by letters written by soldiers during wartime.

The internationally renowned, Delhi-based Raqs Media Collective based this new work on their theory that the symptoms of ‘shell shock’ were first observed by military censors, who noticed a tendency among some Indian soldiers to break out spontaneously into ‘poetry’ in the letters they wrote from battlefields, barracks and hospitals. Not Yet At Ease gave voice to these words.

This major commission reworked letters, photographs and documents dating back to the First World War. Innovative video and sound installations told the story of the condition known at the time as ‘shell shock’ and considerd how attitudes have changed towards those who carry the psychological burdens of war. In doing so, Not Yet At Ease invites visitors to explore interlinked histories of war, poetry and mental health.

Co-commissioned by 14-18 NOW and Firstsite, Colchester