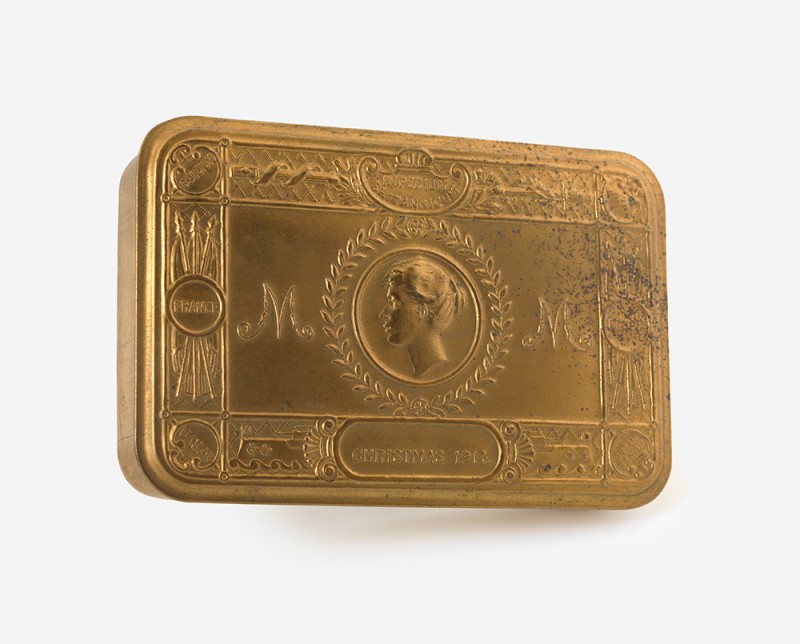 a spectator must become an explorer by stepping inside the installation, fully engaging with the piece by crouching down and looking from multiple angles.

The 17-year-old Princess Mary captured the public imagination when she launched a fundraising campaign to ensure that every uniformed man and woman serving Britain abroad on Christmas Day 1914 would receive a ‘gift from the nation’. Packed with presents ranging from lighters and cigarettes to chocolate and spices, these embossed brass boxes would become one of the most enduring keepsakes of the First World War, symbols of compassion in times of danger and hardship.

This project began when the MAC Belfast gave an original Princess Mary box to the Northern Irish artist Graham Gingles. This gift led the artist to explore the experiences of the men at the front and in particular the wartime diaries of Robert McGookin, soldier from Larne town, close to where he lives.

Gingles dramatically scaled up, to room size, the intimate and enigmatic wall-hanging sculptures for which he is known, and which are usually enclosed in meticulously crafted wood and glass cases. His new works occupied the entirety of the Sunken Gallery at MAC Belfast, which itself became a box into which the visitor entered. Sculptural and theatrical, this immersive work provoked the viewer to peer into the room’s nooks and crannies in a compelling treatment of memory and loss.

a spectator must become an explorer by stepping inside the installation, fully engaging with the piece by crouching down and looking from multiple angles.