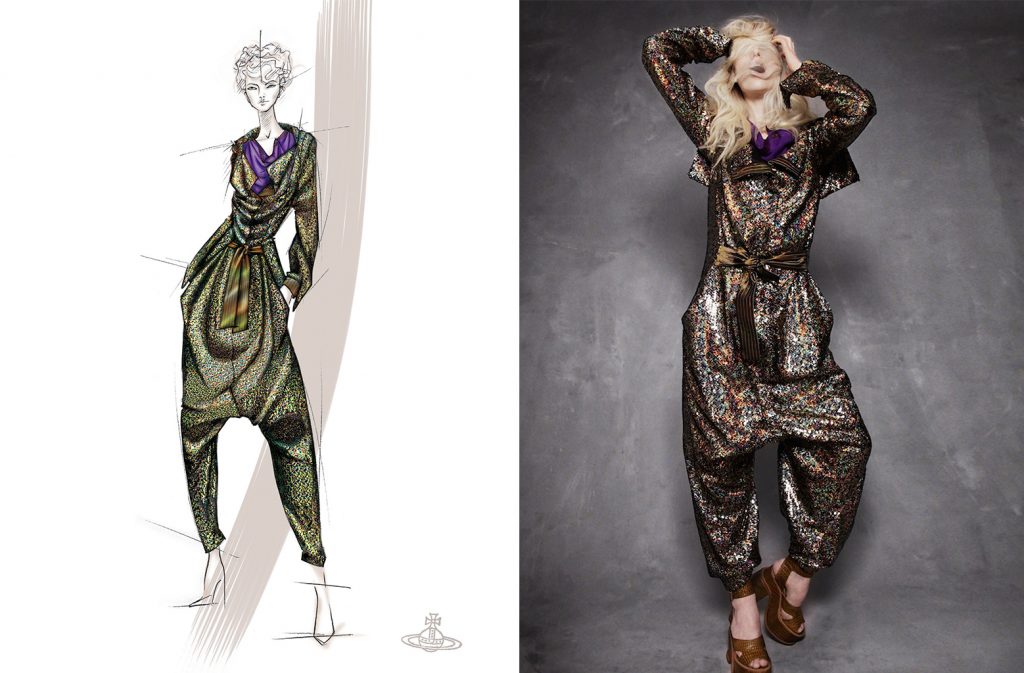 Although many women were in paid employment before the First World War broke out, many more came into the workforce in its course. As munitions workers, bus drivers, farmers, servicewomen in the armed forces, police officers—and in many other jobs from which they had traditionally been excluded—many women experienced a new sense of independence. Those changes were reflected in the styles of the day.

Some of the jobs taken up by women required the wearing of uniforms; others were simply better suited to practical dress. Thus women in the so-called Land Army took to wearing trousers, decades before it became more widely acceptable. Even those women who didn’t go to work recognised that extravagance was out of step with the prevailing mood, exchanging tight corsets, luxurious fabrics and elaborate designs for a natural silhouette, shorter skirts and sombre colours.

In Paris, Coco Chanel was gaining fame for sports suits made from surplus jersey fabric, which were wearable, elegant and beautifully made; in 1915 Maybelline and Rimmel were founded, benefiting from the new popularity of cosmetics among young women who for the first time had an expendable income. In 1917 the Spirella Corset—a forerunner to the modern bra—was introduced, replacing the inflexible traditional corset; female sportswear such as the bathing suit and all-weather jackets gained popularity (women’s football drew huge crowds to grounds across the country during the war).

The First World War changed forever the position of women in society. In 1918, the Representation of the People Act gave the vote to select women over the age of 30, the first time that women had been part of this country’s democratic process. In the fashions of the period, we can see the liberating effects of these revolutionary changes. 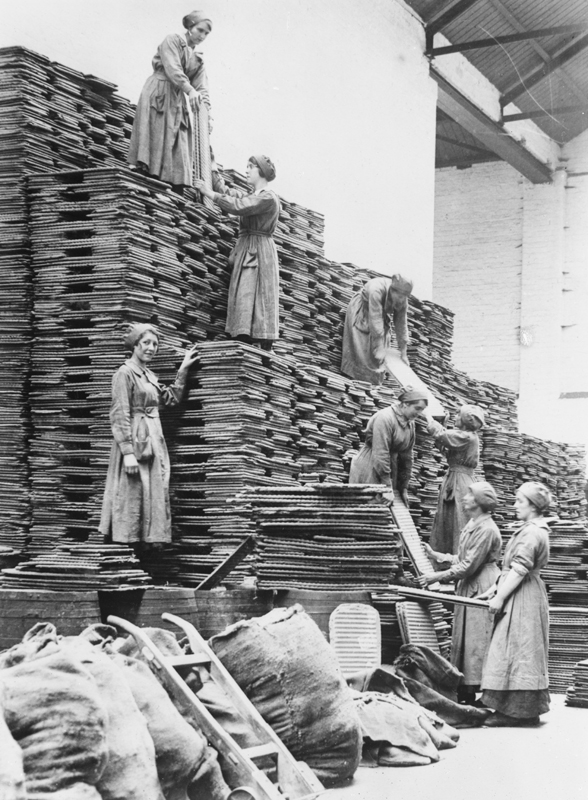 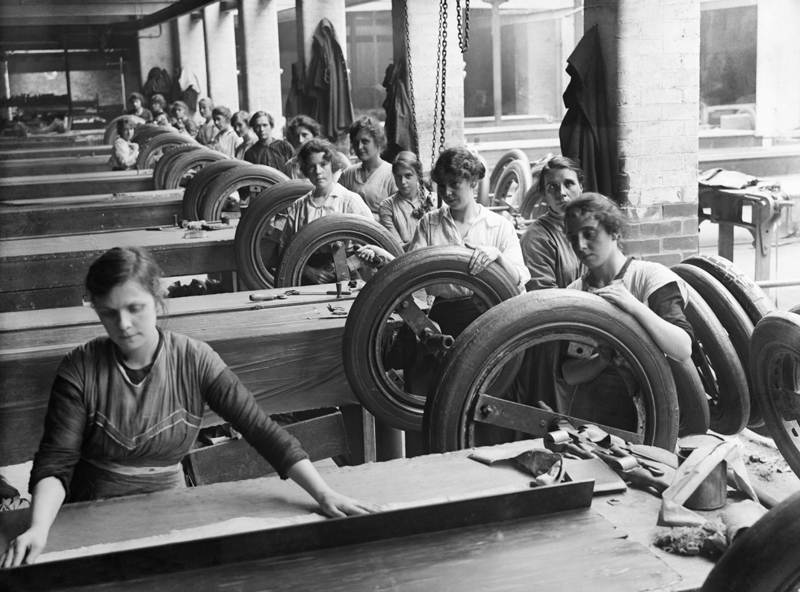 Female workers in a rubber factory in Lancashire, September 1918. 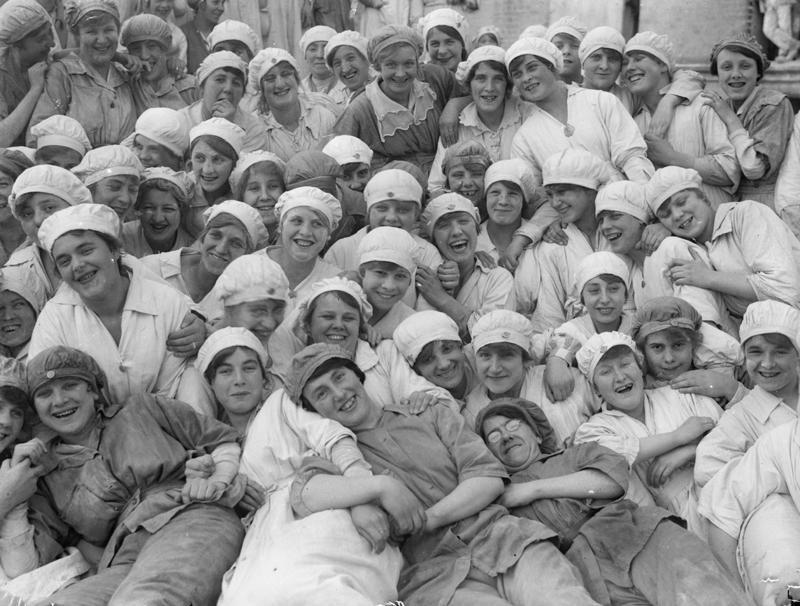 A group of female workers at the flour mills of Rank & Sons, Birkenhead, Lancashire. 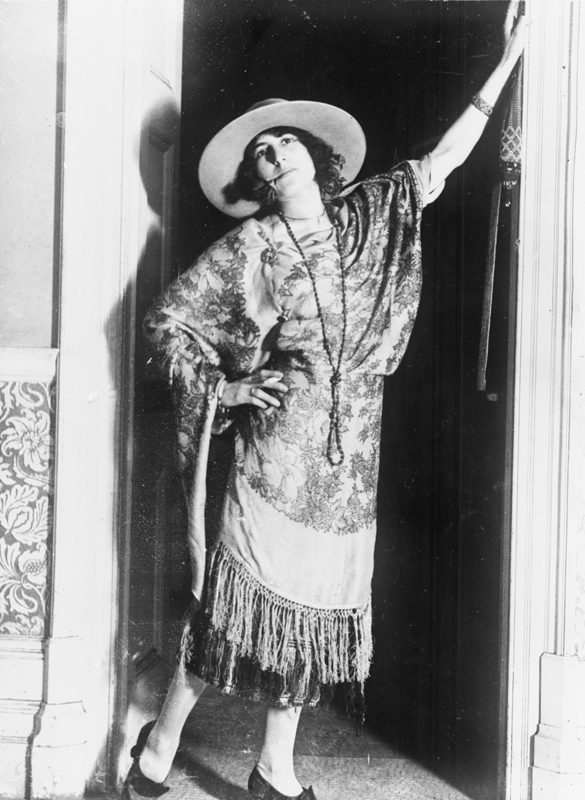 Female member of the soon to be dissolved Ministry of Information in fancy dress at the breaking up party. 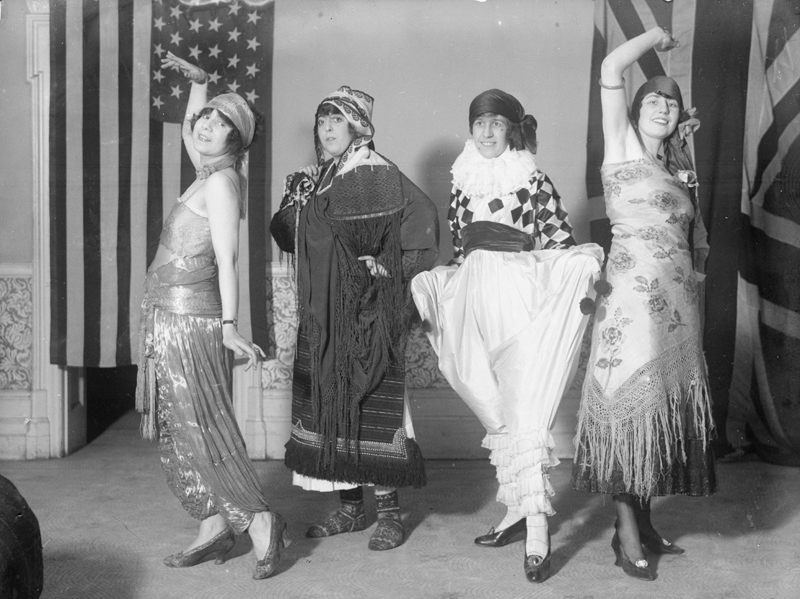 Female members of the soon to be dissolved Ministry of Information in fancy dress at the breaking up party. 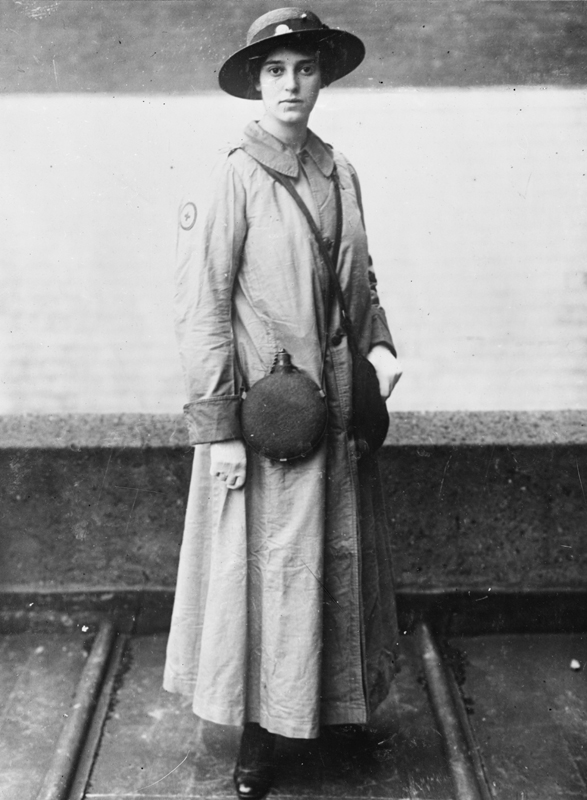 A female member of the City of London Red Cross, London Ambulance Column. 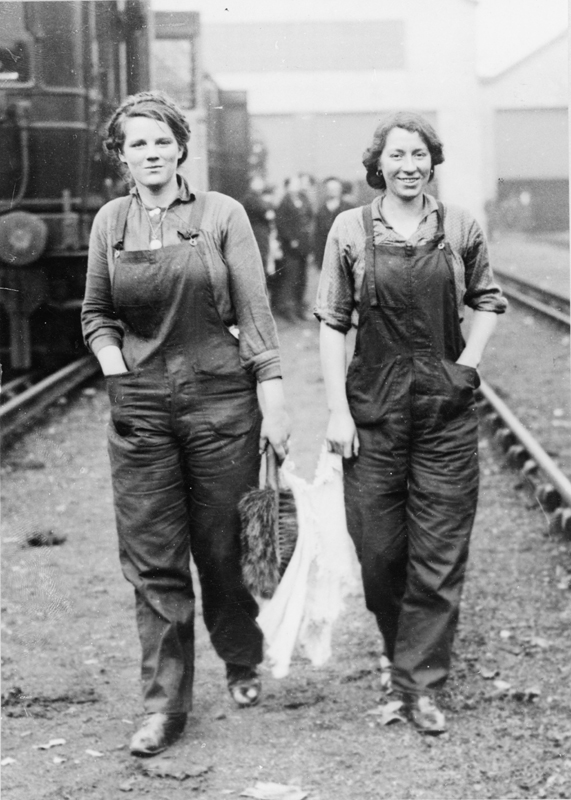 Female carriage cleaners on the London and South Western Railway, carrying their materials. 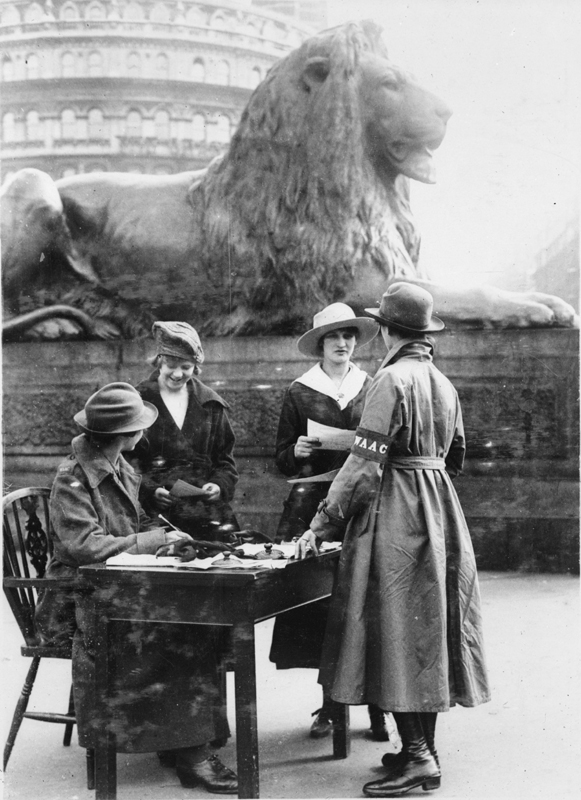 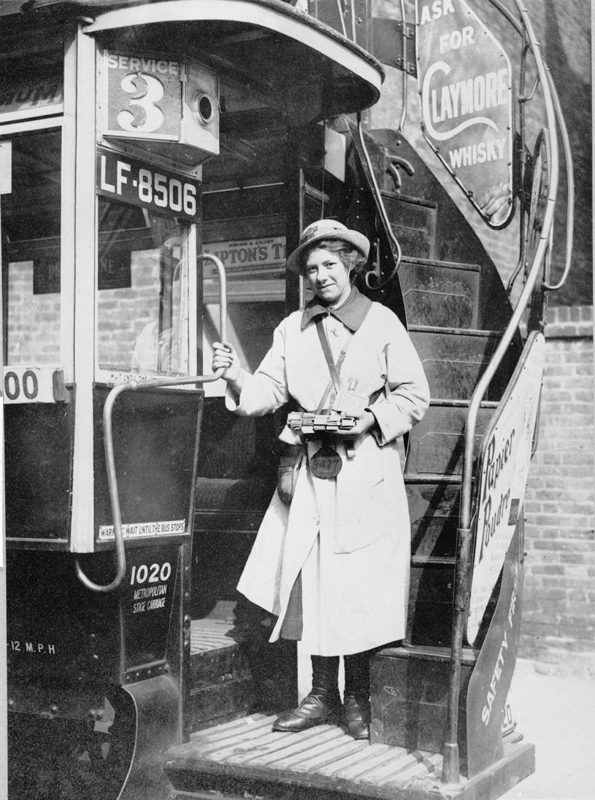 A female London General Omnibus Company bus conductor aboard her vehicle, 1918. She is wearing the summer uniform of pale coat and hat, standing at the foot of the external staircase. 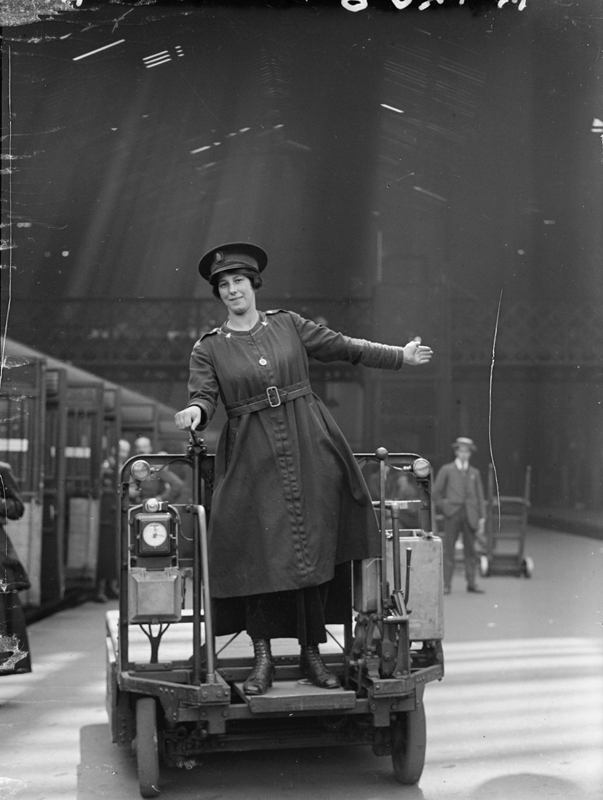 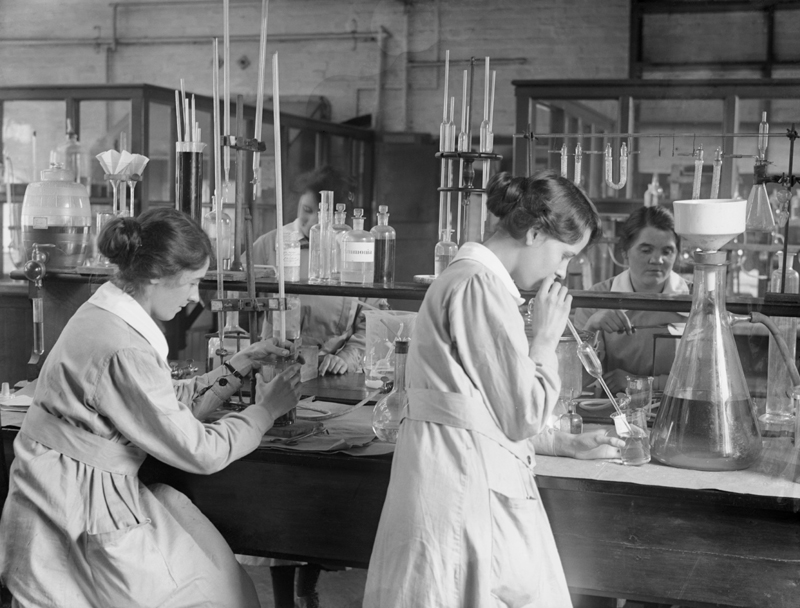 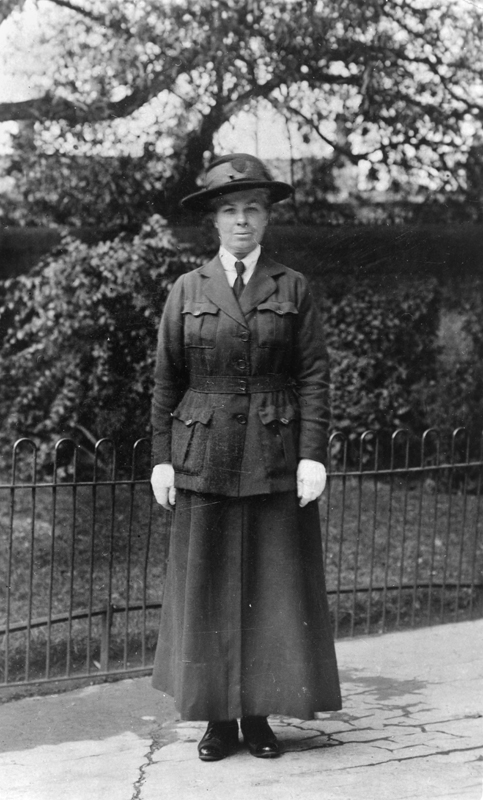 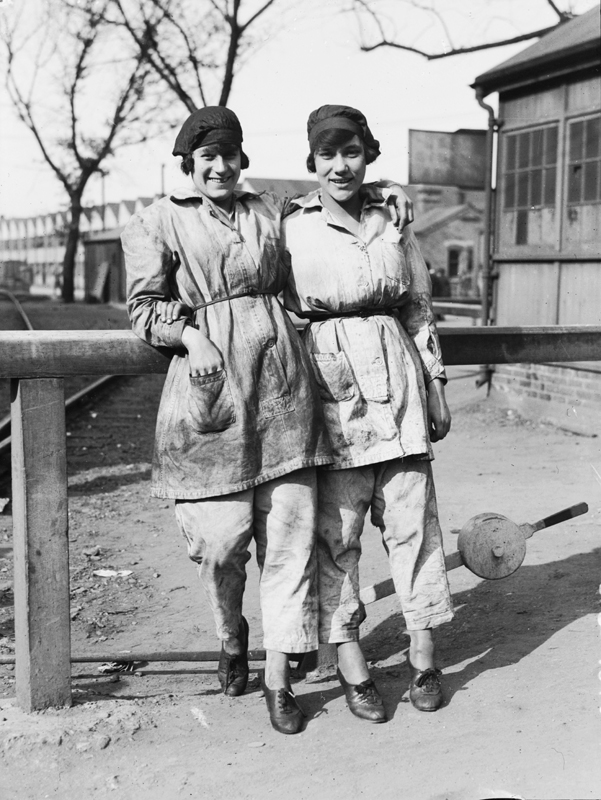 A full length portrait of two munitions workers at Woolwich Arsenal, May 1918. Both are wearing short overalls, trousers and caps.