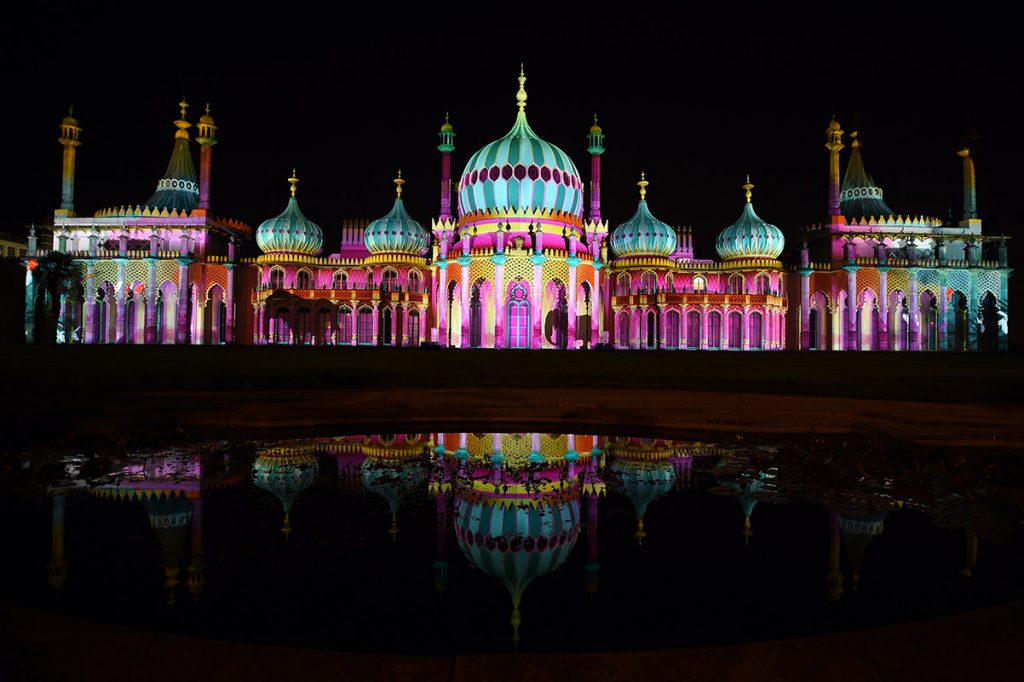 In May 2016, over 50,000 people experienced Dr Blighty at Brighton’s Royal Pavilion Gardens. The projections spread far and wide on social media too, and were seen by over a million people online.

Created by award-winning arts company Nutkhut for Brighton Festival, which celebrated its 50th festival that year, Dr Blighty threw a spotlight on the Indians who travelled across the world to fight for the Allies during the First World War. More than one million men travelled from India to fight in World War One, and the collective experiences of these volunteer forces constitute one of the great untold stories in military history. The event successfully brought to life the experiences of the injured Indian soldiers sent to recuperate in Brighton and the locals who came to know and care for them.

Between 1914 and 1916, Brighton’s Royal Pavilion Estate was used as a hospital for Indian servicemen who had been wounded on the Western Front. The focus of Dr Blighty was an immersive walk-through installation in the gardens of the Royal Pavilion capturing the essence of the hospital, animated by actors and enhanced by a specially created soundtrack.

The hospital installation was complemented by a series of related performances and participatory outreach activities, drawing parallels with contemporary events while bringing back to life this moving episode in Brighton’s history. For four nights, a spectacular after-dark production incorporated video projections on the Royal Pavilion, evoking memories of a very distant home for the soldier convalescents. In addition, the Philharmonia Orchestra performed in a special ticketed concert at Brighton Dome with some of India’s leading contemporary musicians, marrying Western and Eastern classical music traditions.