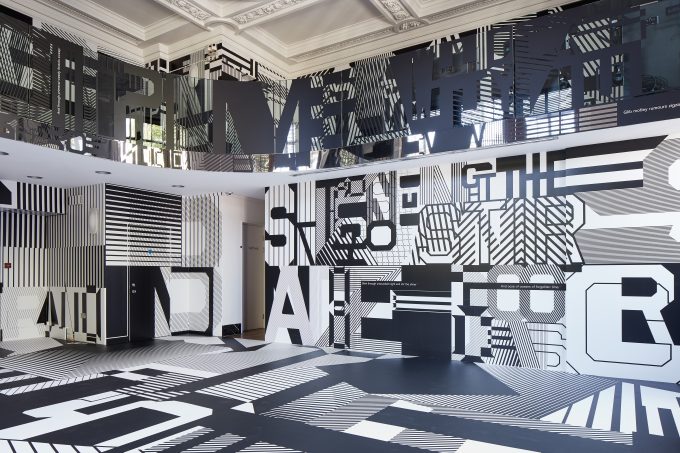 The Creative Studio at the V&A has been “dazzled” throughout the nine days of London Design Festival by design studio Pentagram in a commissioned project inspired by a type of experimental camouflage used during the First World War.

The idea of “dazzle”, a camouflage painted on to the surface of ships, was pioneered by British artist Norman Wilkinson, who prepared numerous designs for vessels, including US merchant ships, targeted by enemy U-boats. Drawing on avant- garde artistic movements such as Cubism and Vorticism, as well as animal camouflage, these bewildering shapes and angles were designed to confuse the enemy as they struggled to make out the dazzle ships against shifting waves and clouds.

Pentagram’s approach was to re-interpret the construction of Dazzle camouflage from a purely graphic origin into a typographic exploration. Using the Wilfrid Wilson Gibson poem “Suspense” as its source, Pentagram’s design abstracted the letterforms and words into an immersive experience by placing the visitor inside the Dazzle room.

Dazzle is the culmination of the Dazzle Ship series co-commissioned by 14-18 NOW with Liverpool Biennial.

Dazzle is part of the Dazzle Ship series co-commissioned by 14-18 NOW and Liverpool Biennial. 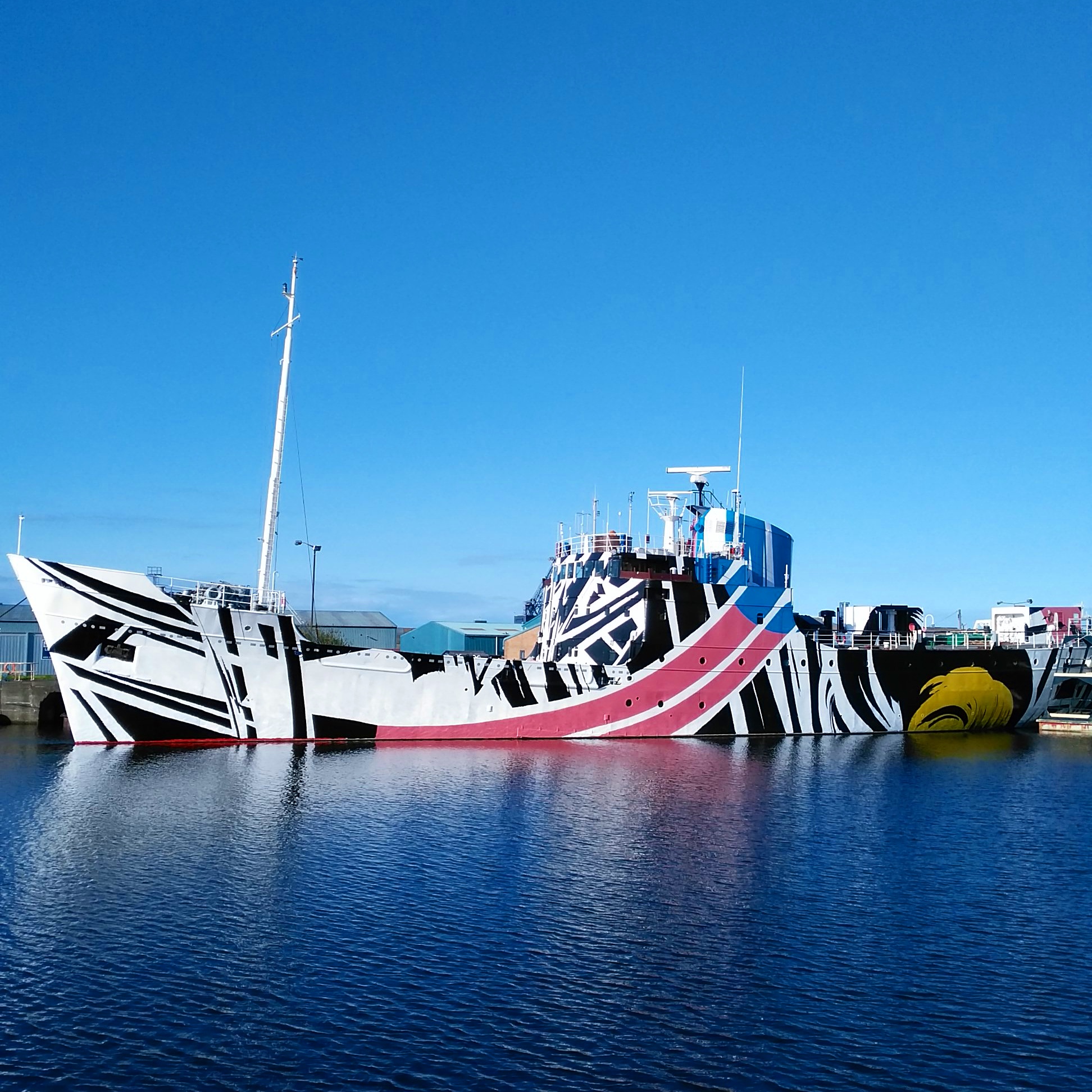 Every Woman, the fourth floating artwork in 14-18 NOW’s Dazzle Ship series, took up temporary residence in Leith to coincide with the centenary of the Battle of Jutland. 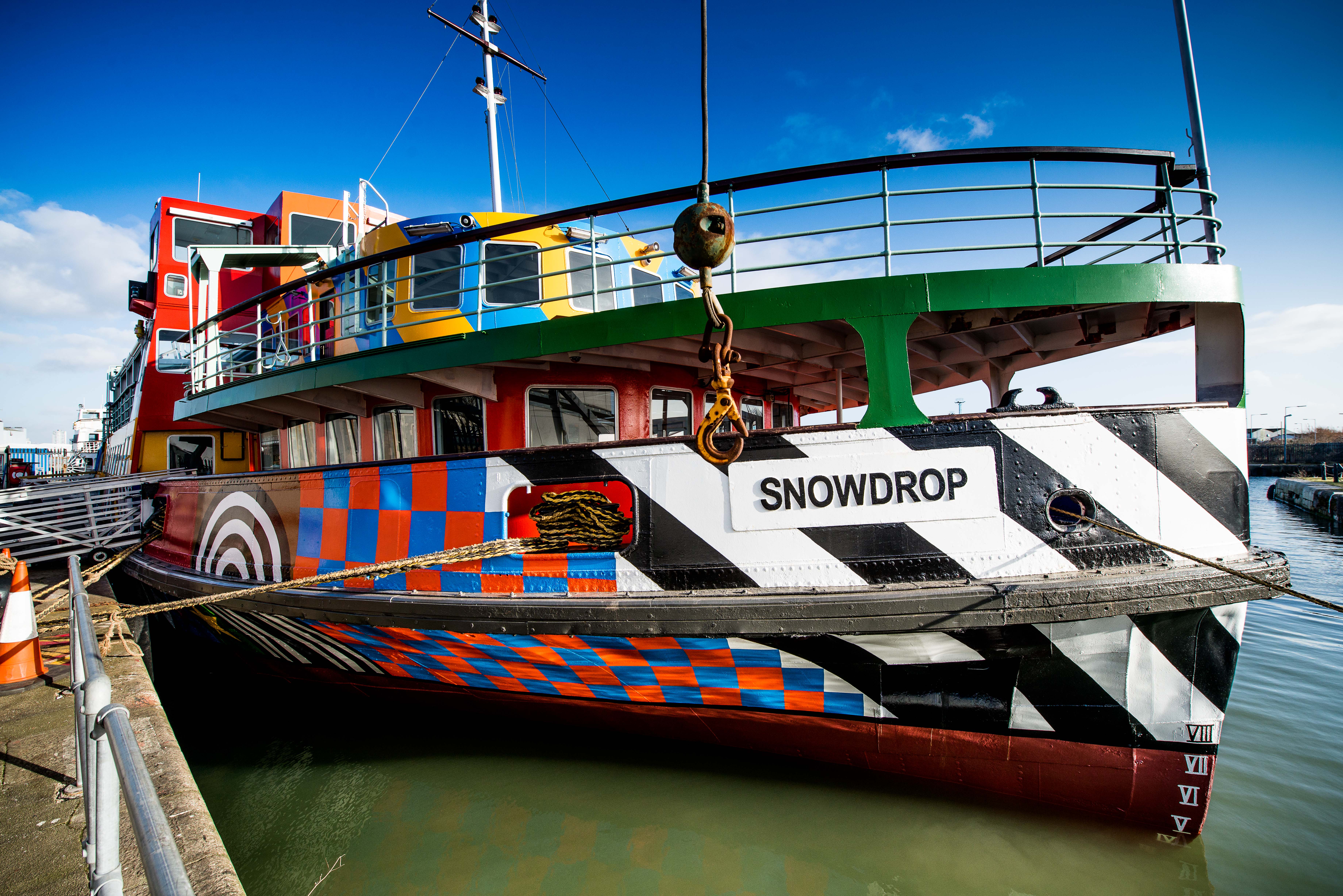 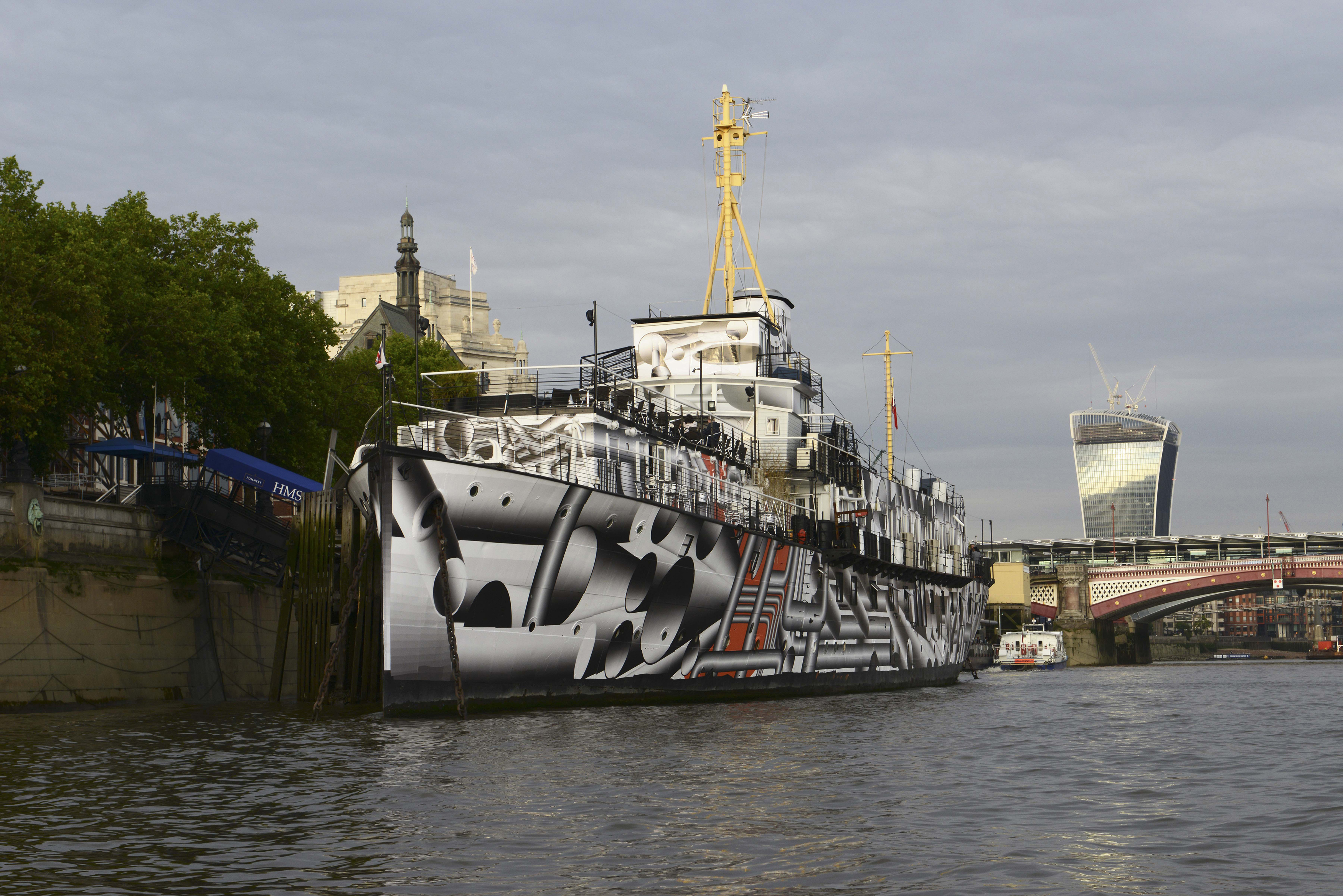