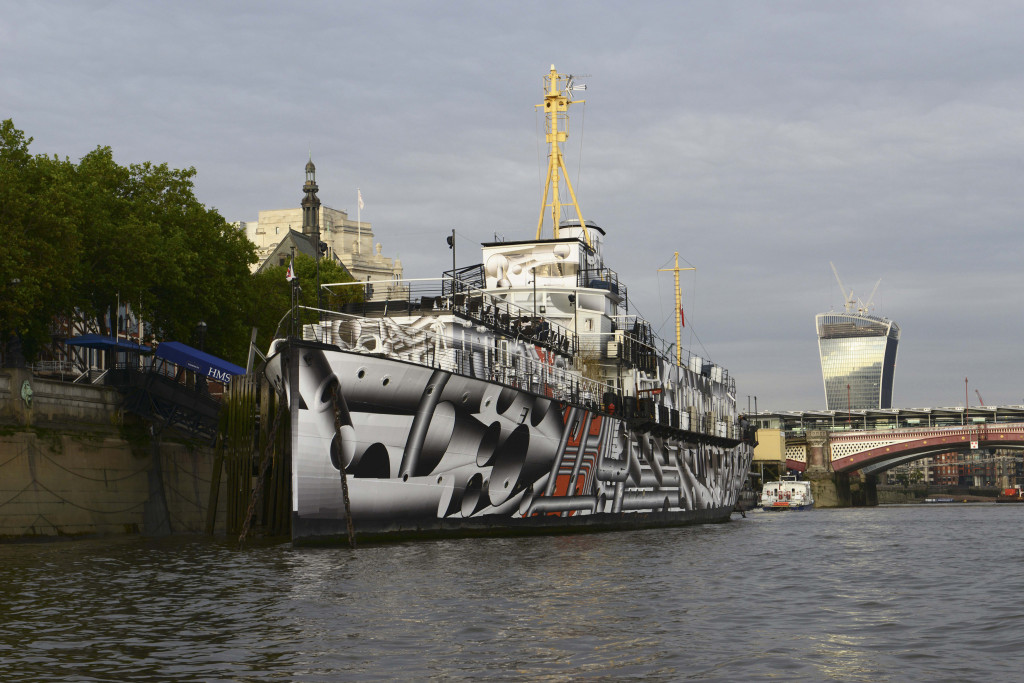 The HMS President (1918), one of only three surviving Royal Navy warships from the First World War, was ‘dazzled’ by the German sculptor Tobias Rehberger. One of the most respected European artists of his generation, Rehberger is a German sculptor whose work blurs the boundaries between design, sculpture, furniture-making and installation.

HMS President (1918) served as a Dazzle Ship during the First World War under its original name HMS Saxifrage. This eye-catching vessel reminds Londoners and visitors of the crucial role ships played in the country’s wartime survival.

The dazzle style in which the HMS President (1918) is painted, takes its inspiration from the famous glaring colours and jagged lines of the ‘dazzle’ camouflage, designed to confuse enemy U-boat captains. The geometrically patterned boats would have been a familiar sight during the First World War, when hundreds of shipping convoys sailed to and from Britain’s ports.

Co-commissioned by 14-18 NOW, WW1 Centenary Art Commissions and Liverpool Biennial in association with the University of the Arts London Chelsea College of Arts, HMS President (1918) and Tate Liverpool, in partnership with National Museums Liverpool (Merseyside Maritime Museum). Supported by the National Lottery through Arts Council England and the Heritage Lottery Fund. 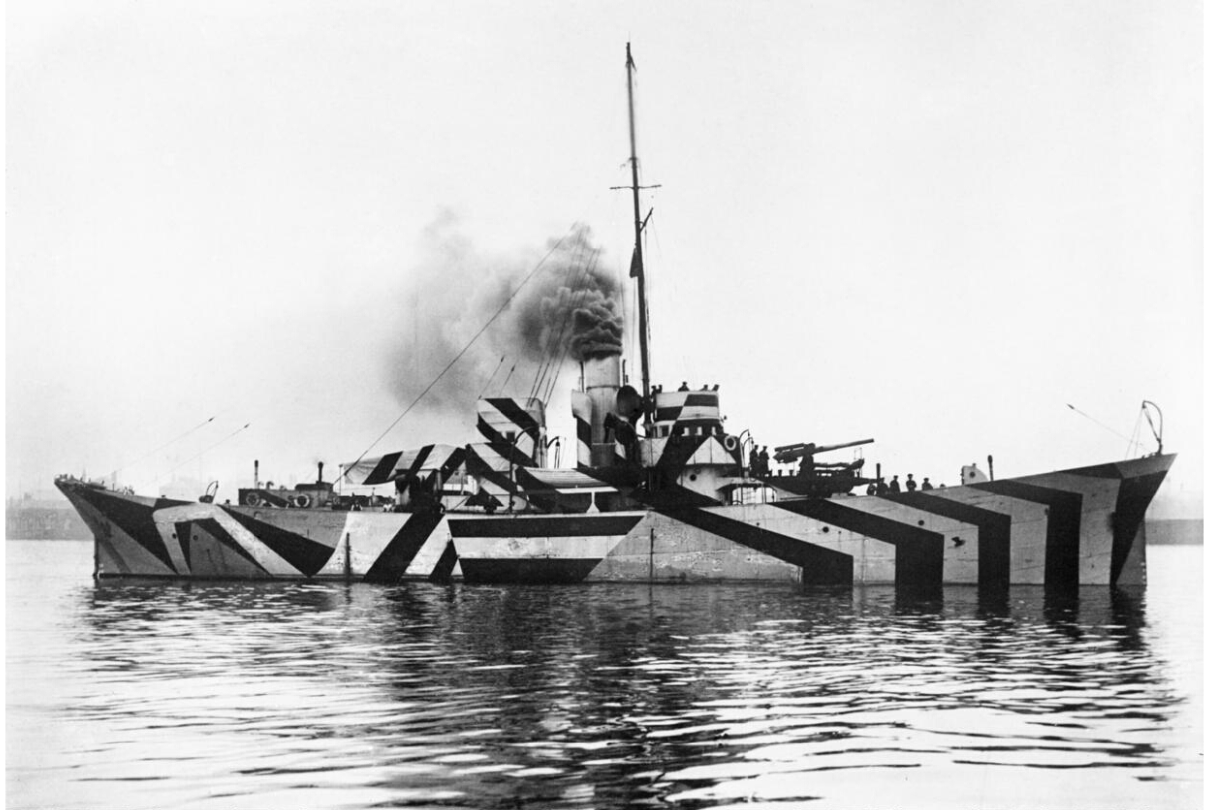 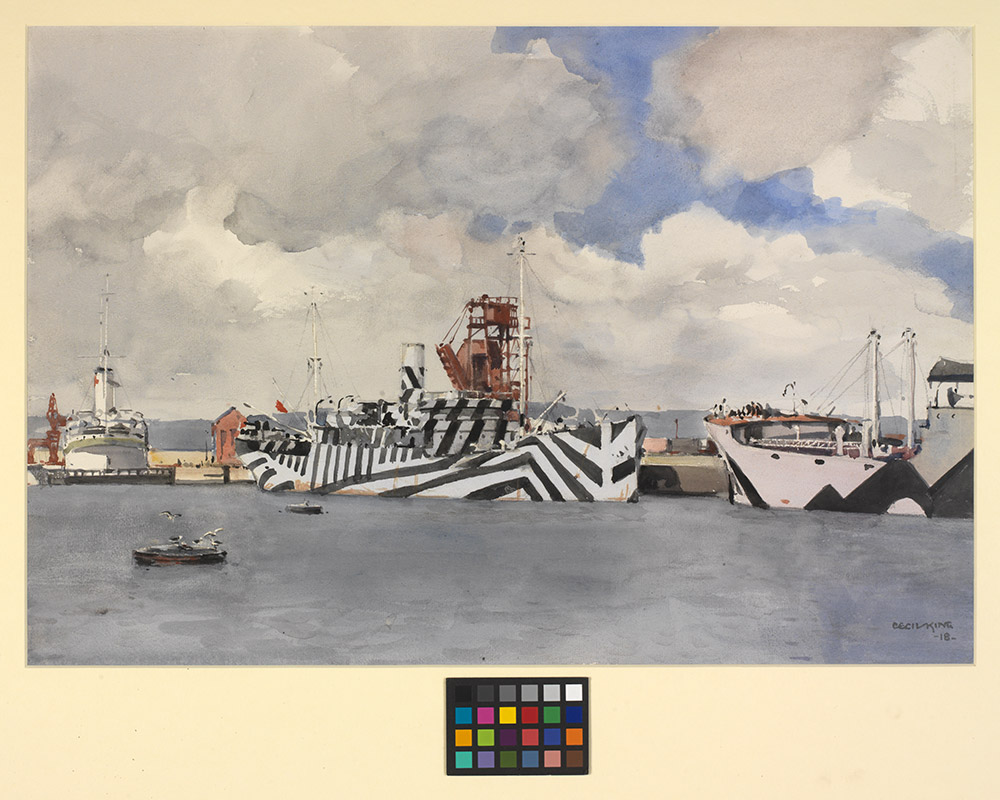 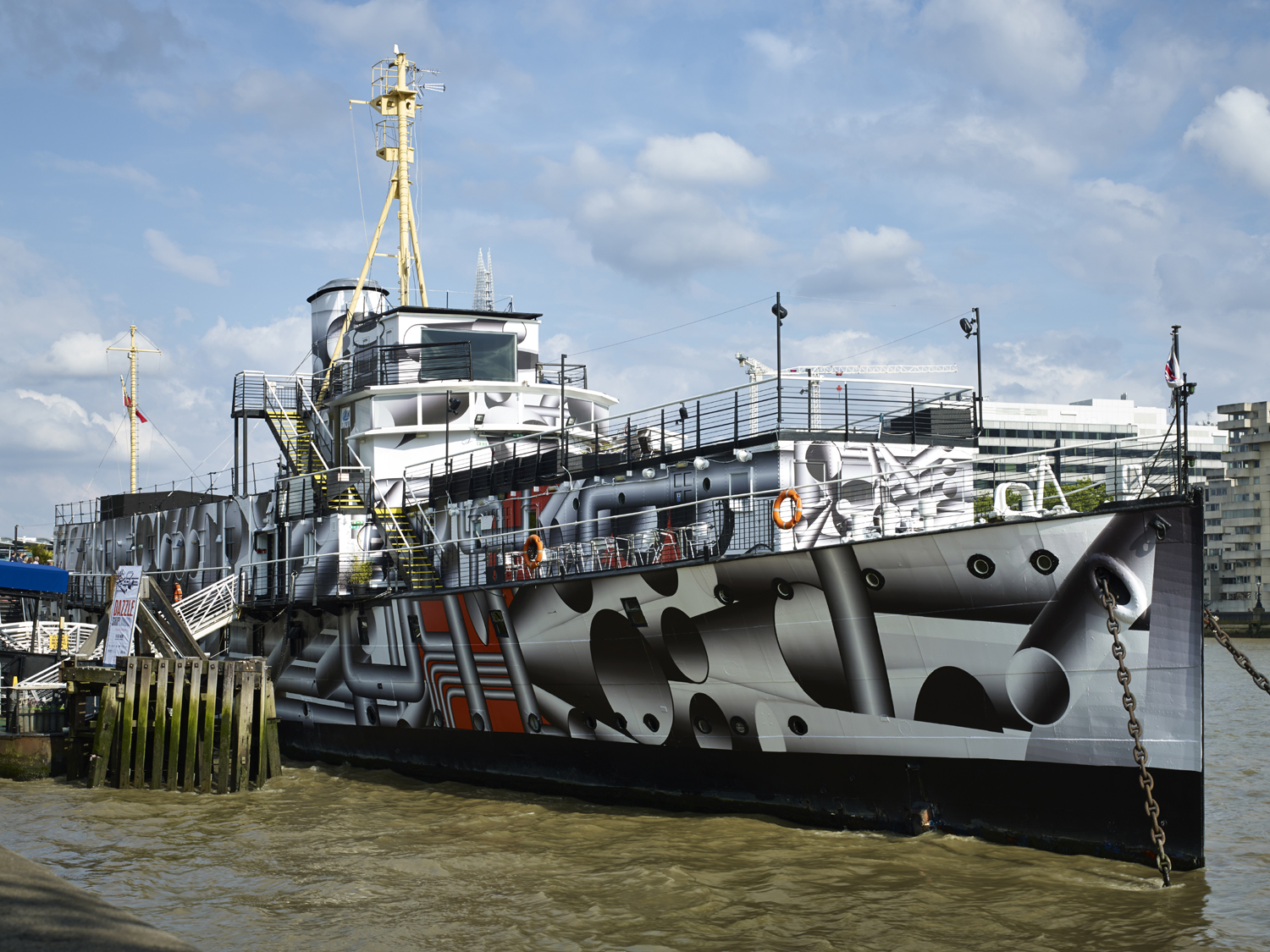 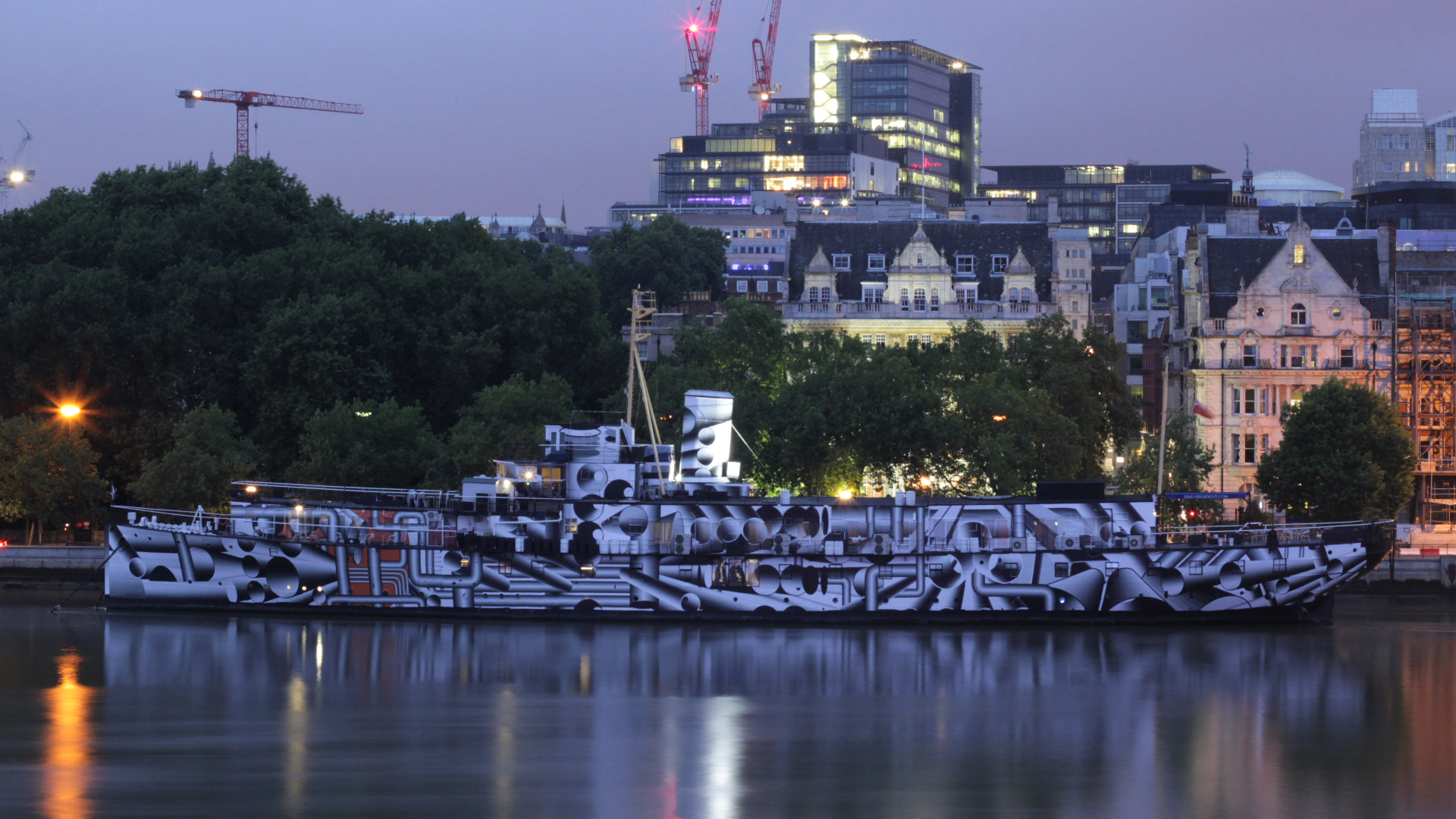 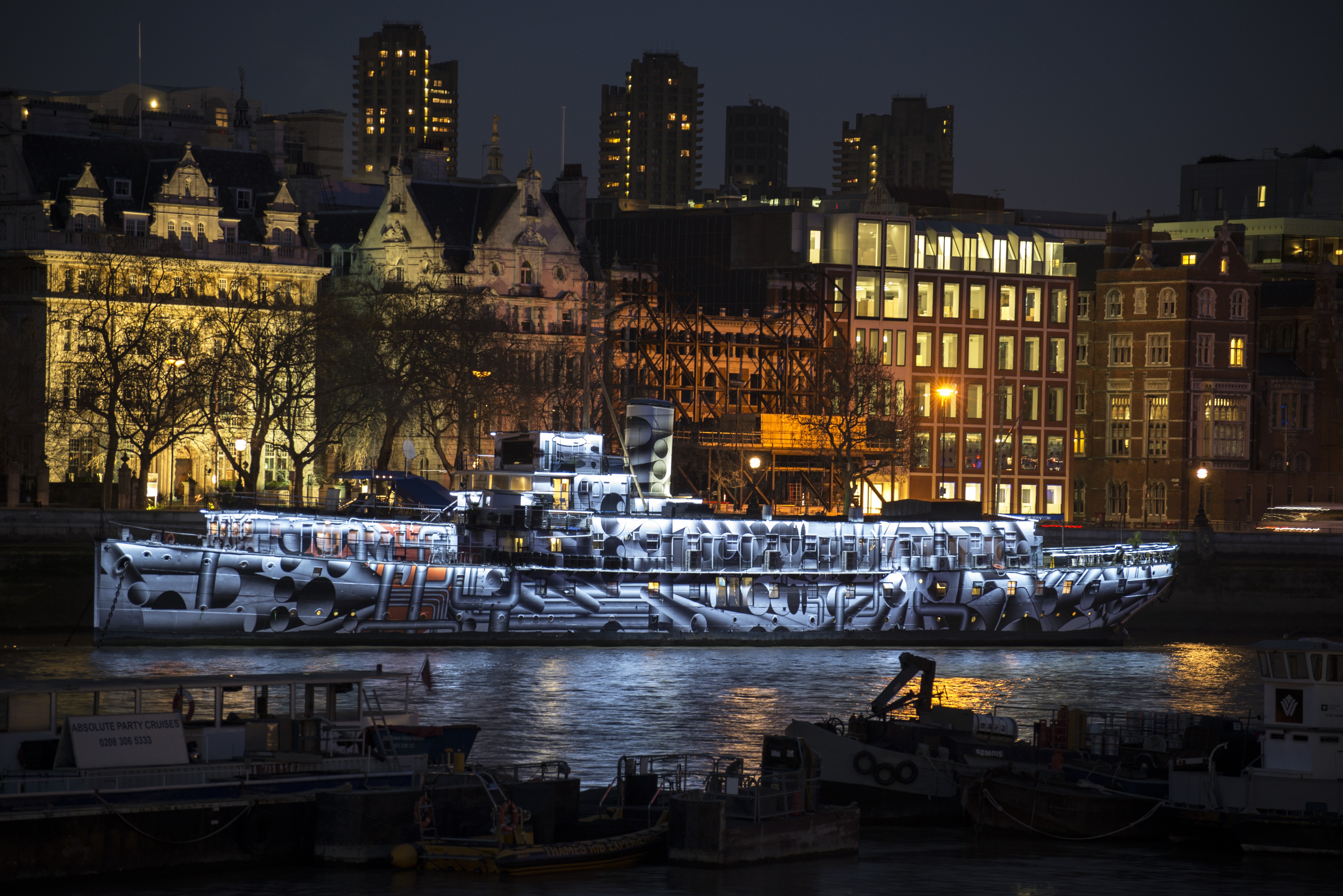 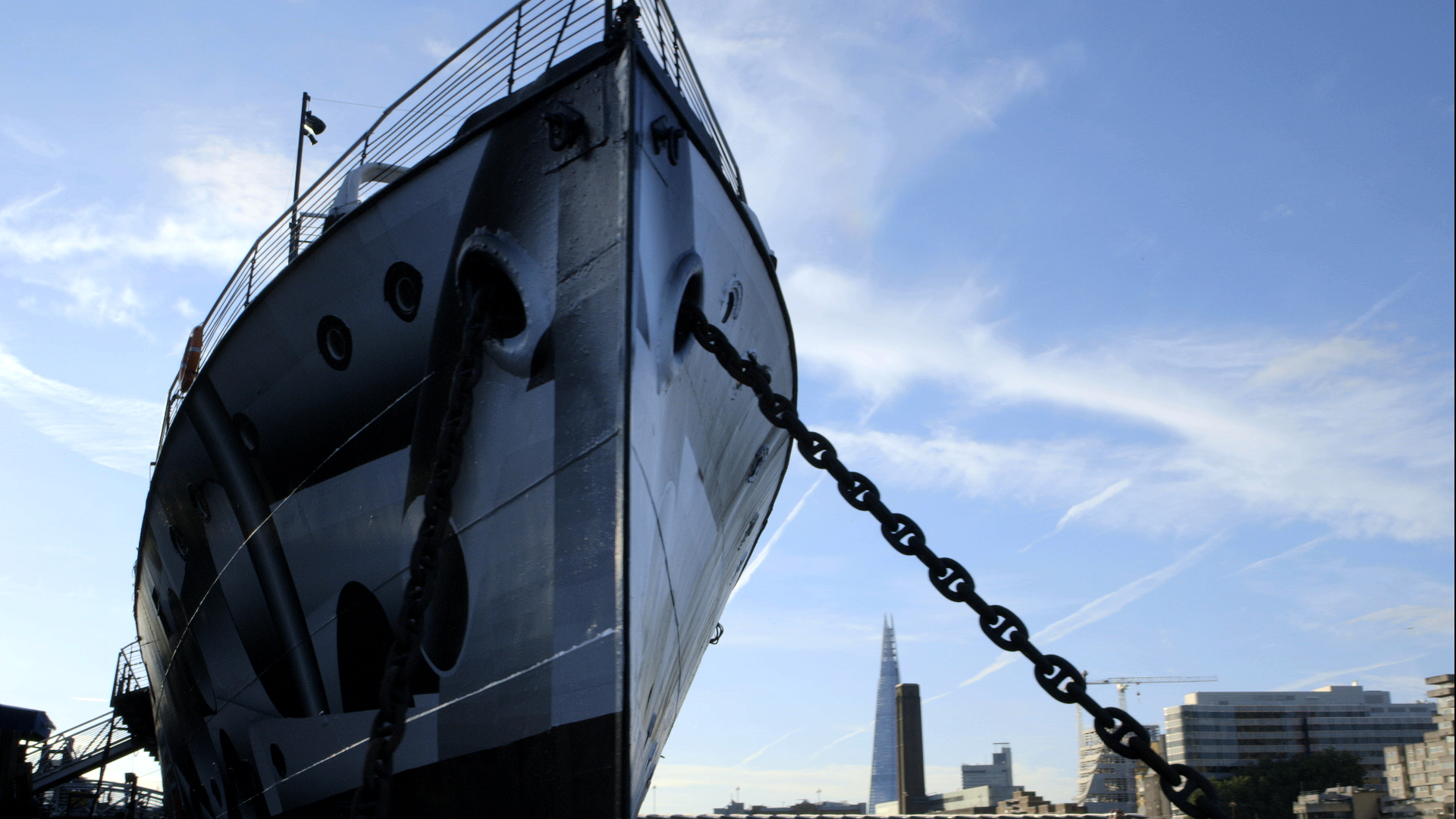 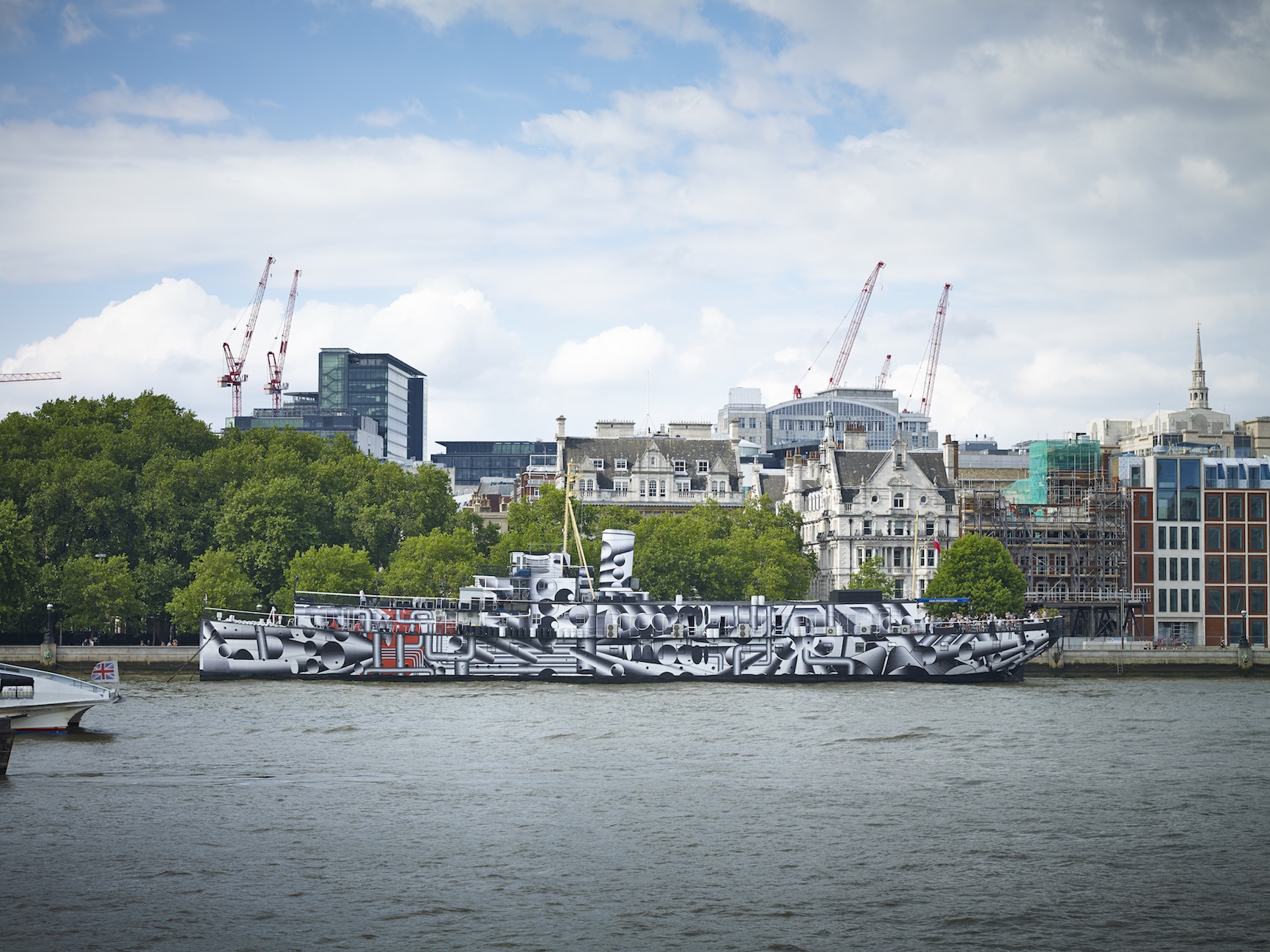 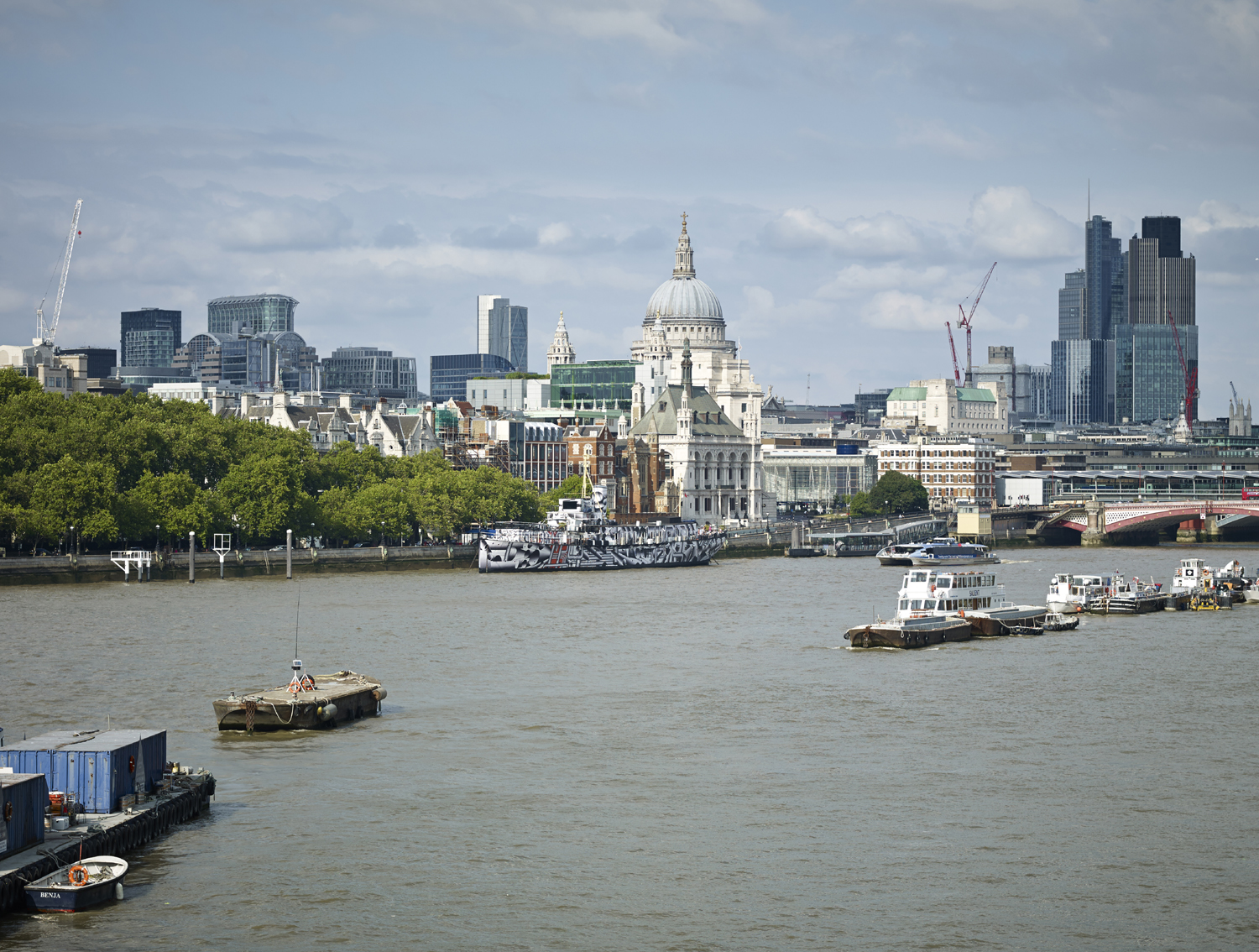