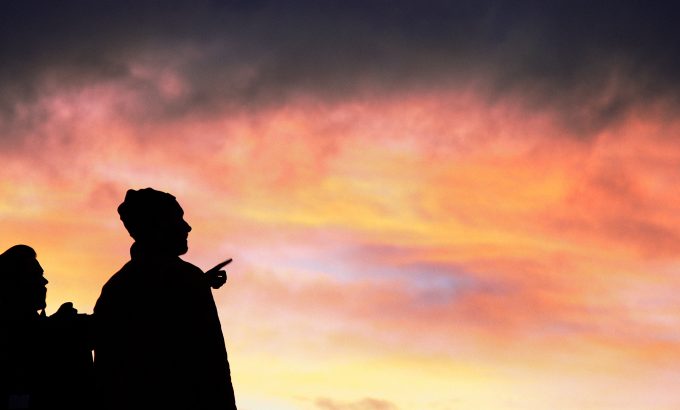 Over the 10 days of Ipswich’s SPILL Festival of Performance, a large-scale outdoor sonic artwork rang out from the waterfront into the town’s public spaces. This sonic intervention called out to the setting sun in daily incantations, its voices reflecting contemporary Britain while exploring the local history of the First World War.

Devised by Melbourne-based artists Byron J. Scullin, Hannah Fox and Thomas Supple, Clarion Call used audio technology originally employed in war and emergencies, and the voices and songs of women and girls, to create a soundscape of immense scale.

The song at the centre of Clarion Call is Shirley Collins’ interpretation of Our Captain Cried All Hands, a song that relates to the maritime aspects of war, which is particularly fitting for Ipswich Waterfront. You can see the full lyrics here.

Co-commissioned by 14-18 NOW and Pacitti Company for the SPILL Festival of Performance. Developed with the support of Dark Mofo Festival, Tasmania

As part of PROCESSIONS in June 2018, Artichoke commissioned 100 women artists to work with organisations and communities across the UK to make 100 unique centenary banners. Now the artworks are on the move and will be on display as part of Ipswich’s SPILL festival (25th October 2018 – 4th November 2018) and Birmingham’s Ikon Gallery (23rd October 2018 – 20th January 2019).