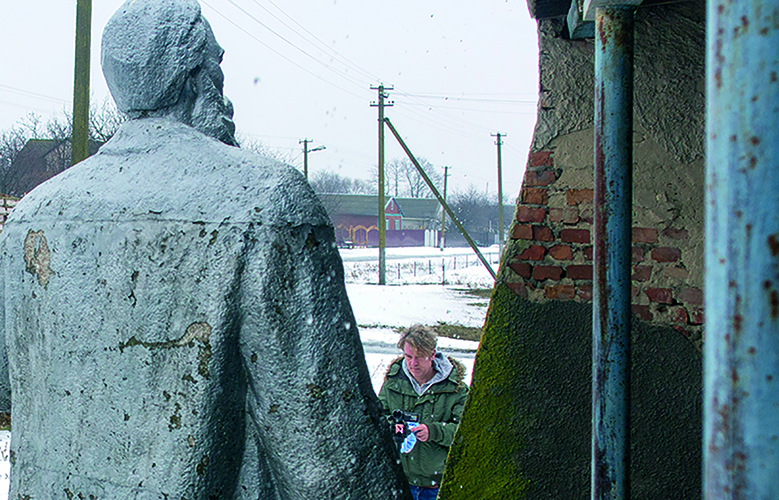 In harrowing times for so many, it’s more important than ever to remember Engels’ legacy – and the spirit of solidarity and dignity which beats at its core.

Friedrich Engels – philosopher, writer, radical thinker – is coming back home. Turner Prize-nominated artist Phil Collins is returning Engels to the city where he made his name – in the form of a Soviet-era statue, driven across Europe and permanently installed in the centre of Manchester.

The radical son of a German mill owner, Friedrich Engels arrived in Manchester in 1842, documenting the plight of the city’s working classes during his 20-year stay. It’s now exactly 100 years after the ideas from The Communist Manifesto, written by Engels and Karl Marx, changed the course of history by inspiring the Russian Revolution during the final phase of the First World War. Reflecting on the conditions of contemporary workers and the last century of change, as part of 14-18 NOW, Ceremony returns Engels to prominence in Manchester, reasserting the city’s crucial role in the history of radical thought.

Ceremony will be a singular moment in the city’s history. Performers, musicians and the people of Manchester will create an extraordinary live film event to bring Manchester International Festival 2017 to a close, mixing footage from the statue’s journey with live coverage of its inauguration. The welcome celebration also includes a soundtrack by Mica Levi and Demdike Stare, a new anthem by Gruff Rhys, and stories of today’s Manchester workers filmed by Collins during his year-long MIF17 residency.

Following the MIF event, Collins will develop the second part of Ceremony; a film created from elements of the footage produced in 2017 which will be presented as part of the 14-18 NOW season in 2018.

In harrowing times for so many, it’s more important than ever to remember Engels’ legacy – and the spirit of solidarity and dignity which beats at its core.