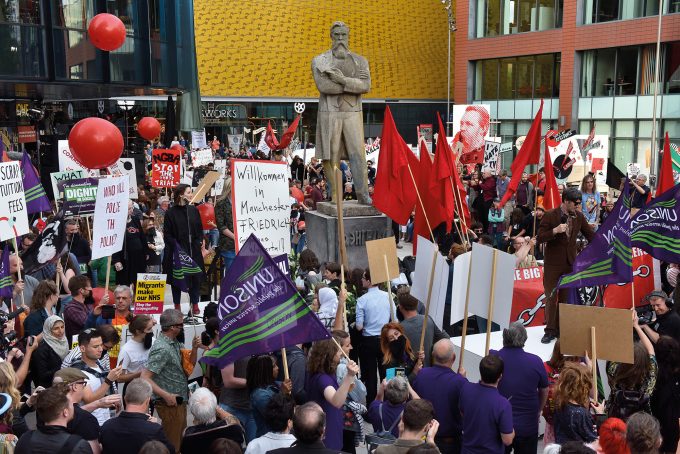 The Russian Revolution took place in 1917, in a country exhausted by the First World War. The event shaped the political landscape of the 20th century. But it was in Manchester, not Imperial Russia, that the idea of communism was born.

Friedrich Engels, co-founder of communist theory with his friend Karl Marx, lived in Manchester for 20 years. His philosophy was shaped by what he observed in the world’s first industrial city. At the initiative of award-winning artist Phil Collins, a decommissioned statue of Engels travelled in 2017 from a Ukrainian village across Europe to be permanently installed in Manchester.

Over the course of a year, Collins collaborated with local organisations, activists and communities to explore Engels’ legacy and the lives of workers today. Collins describes Ceremony as ‘the search for a statue of Engels and its journey back home, the everyday stories of people from Manchester, and a homecoming party to inaugurate the statue, with Russia’s 1917 revolution as a pivotal moment in the process’.

The second part of Ceremony is a film interweaving these three strands – connecting Manchester to the idea of communism, which transformed the post-war world and helped to shape the society we live in today. The film is presented as a gallery installation at each location.

University of Dundee, Duncan of Jordanstone College of Art and Design 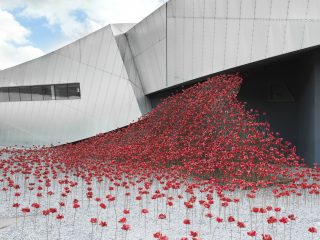