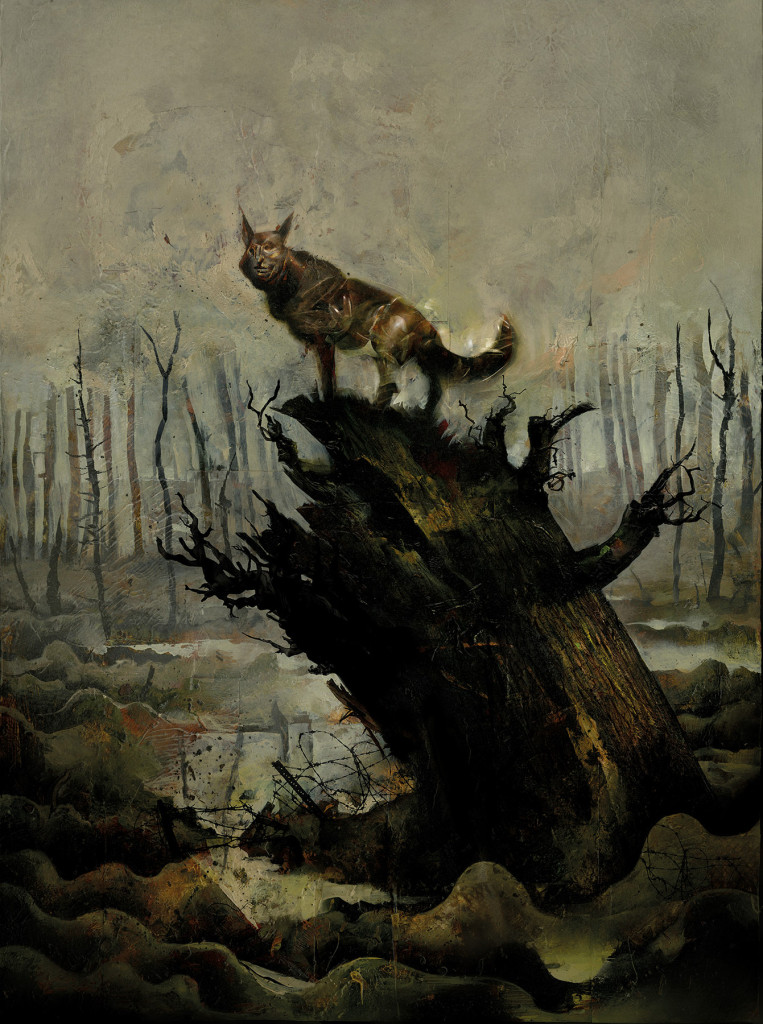 Paul Nash was one of the greatest British artists of the twentieth century. After the outbreak of the First World War, he joined an infantry unit of the British Army known as the­­­­­­­ Artists Rifles as a Private. After training and service in the UK he was commissioned as an officer in the Hampshire Regiment, serving in the Ypres Salient on the Western Front. However, Nash was forced to return to London for treatment in the summer of 1917 when he broke a rib; a few days later his division suffered heavy casualties in battle. During his convalescence Nash exhibited a group of artworks depicting the Western Front. As a result, he was commissioned to go back to Belgium as an official war artist.

When Nash returned to Ypres, which in his absence had been the scene of one of the war’s most brutal battles, he was appalled by what he saw. As a nature lover, he was deeply angered by the destruction of the landscape and outraged by the plight of the ordinary troops. In his notes he wrote, ‘I realise no one in England knows what the scene of the war is like … If I can, I will show them.’

During his second spell at the front, Nash made dozens of sketches. Back in England he translated his sketches into detailed drawings and oil paintings. The drawings are shocking, dark, and bleak: muddy landscapes are criss-crossed by driving rain; tiny figures move miserably across obliterated landscapes. With their jagged edges and harsh contrasts, the paintings captured the hopelessness of life at the front. Nash used his understanding of new movements in art—specifically Surrealism and Cubism—to show how the natural landscape had been tortured by war into something weird, frightening and inhumane.

These images made a huge impression when they were first exhibited, helping to change public perceptions about the war. In 1918, Nash was commissioned to make a large oil painting. Titled ‘The Menin Road’ it is one of the most influential works of art to emerge from the First World War and is one of many of Nash’s paintings in the collection of the Imperial War Museum, London.

Paul Gough: Brothers in Arms: John and Paul Nash and the Aftermath of the Great War (2014) 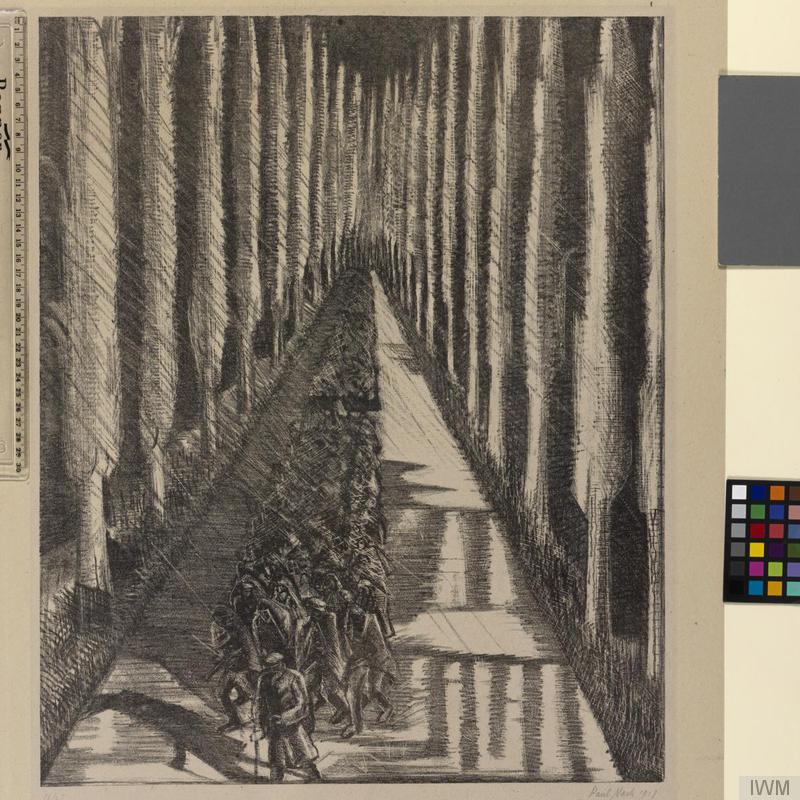 Men Marching at Night: A view along a straight road lined with tall trees. The trees stand uniformly glowing in a ghostly light, looming over a column of British soldiers marching down the road. The rain drives across the composition from the left, and the soldiers huddle beneath cloaks whilst marching. © IWM ART.IWM1605 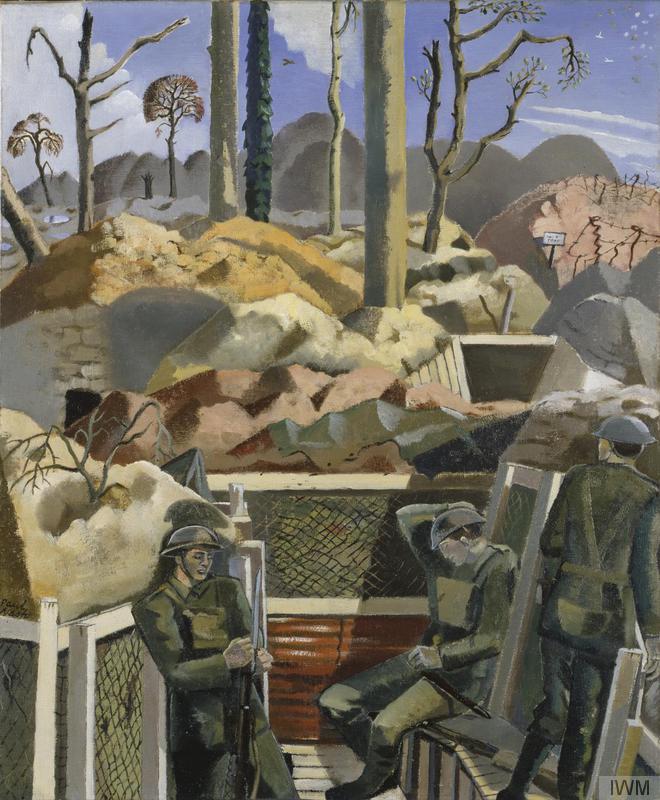 Spring in the Trenches, Ridge Wood, 1917: Three British soldiers waiting in a trench. One stands leaning against the wall of the trench, another sits on a step resting one arm behind his head. The third stands up looking out over the broken landscape beyond. There are the remains of a grove of trees, some of which are beginning to show new buds, and rolling hills in the distance. © IWM ART.IWM1154 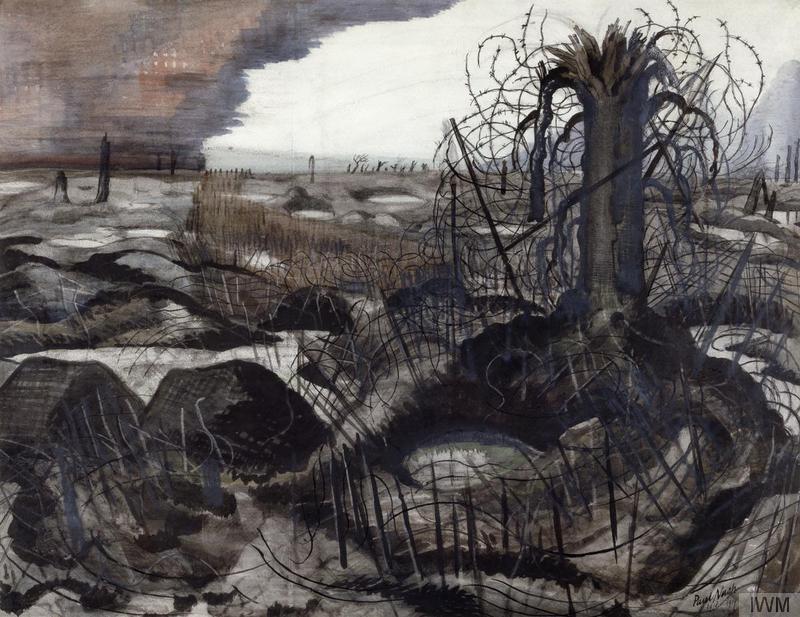 Wire: A devastated landscape, pocked with rain-filled shell-holes. A shattered tree stands to the right, the tree and the whole foreground dominated by a dense web of barbed wire. The sky is a dramatic contrast between white and purplish red coloured clouds. © IWM ART.IWM2705 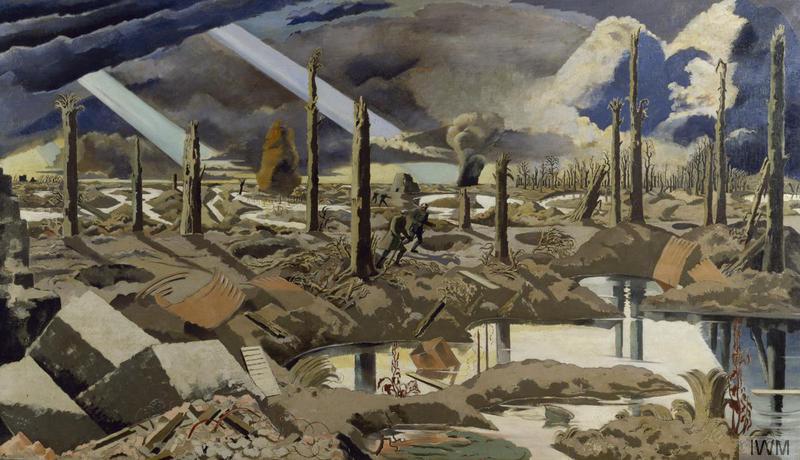 The Menin Road: A devastated battlefield pocked with rain-filled shell-holes, flooded trenches and shattered trees lit by unearthly beams of light from an apocalyptic sky. Two figures pick their way along a tree-lined road, the road punctuated by shell-holes and lined by tree stumps. The foreground is filled with concrete blocks, barbed wire and corrugated iron, while columns of mud from artillery fire rise up in the background. © IWM ART.IWM2242 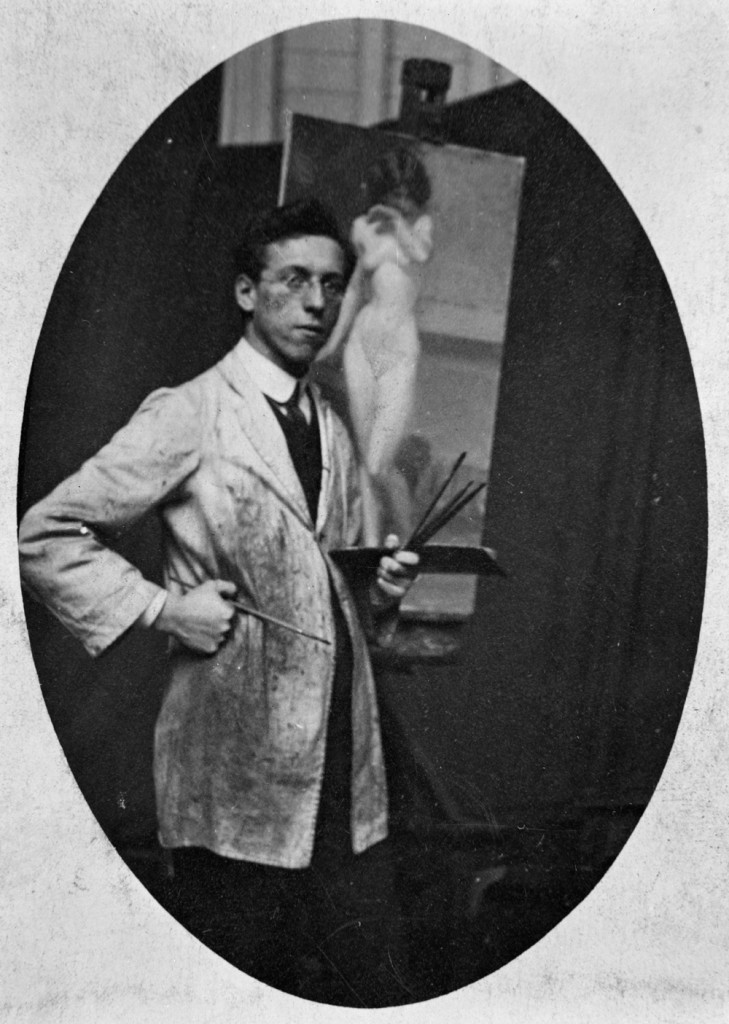