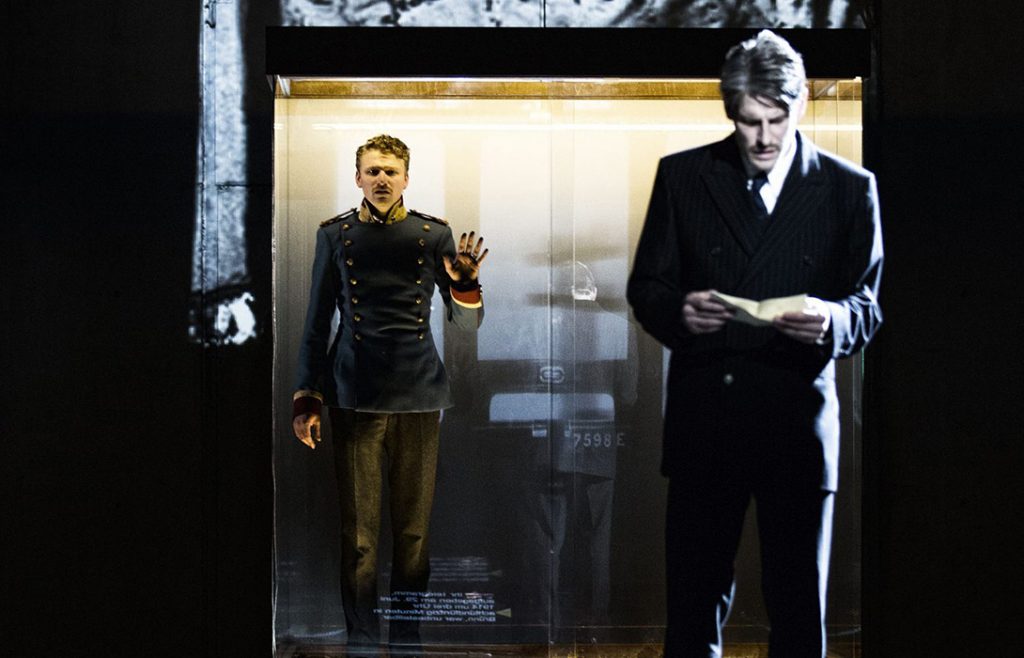 ★★★★ Simon McBurney astonishes with vision of a world on edge

Simon McBurney directed the outstanding Schaubühne ensemble in a vivid account of a young man’s slide into a terrible situation, his struggle to extricate himself from it raising questions of consciousness and compassion.

Young officer Hofmiller commits a faux pas at a soirée held by a Baron, unwittingly asking his paralysed daughter to dance. The mistake pulls him into a relentless train of events in this devastating depiction of honour, love and betrayal, realised against the disintegration of the Austro-Hungarian Empire – a catalyst for the outbreak of the First World War.

Two of Europe’s most boundary-pushing, imaginative theatre companies work together at the Barbican for the first time. Their co-production was based on Stefan Zweig’s 1939 novel, written just before the Second World War but looking back to the verge of the previous disaster. Reverberating in the past and present, the story is relayed in German by seven actors, swapping narration and dialogue to vocally build the tension of McBurney’s orally rich, visually eloquent production. Beware of Pity followed the five-star triumphs of The Encounter and The Forbidden Zone, the last shows presented here by Complicite and the Schaubühne respectively.

Click on the links below to watch the four part In conversation with Beware of Pity Director, Simon McBurney, and Schaubühne Berlin’s Artistic Director, Thomas Ostermeier. Chaired by 14-18 NOW’s Director, Jenny Waldman:

★★★★ Simon McBurney astonishes with vision of a world on edge 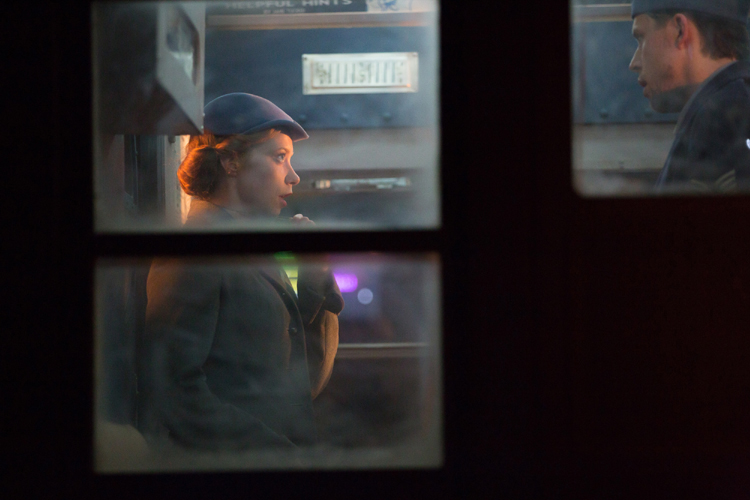 London’s Barbican Theatre presented the British premiere of a hugely innovative and imaginative work by the leading British theatre director.