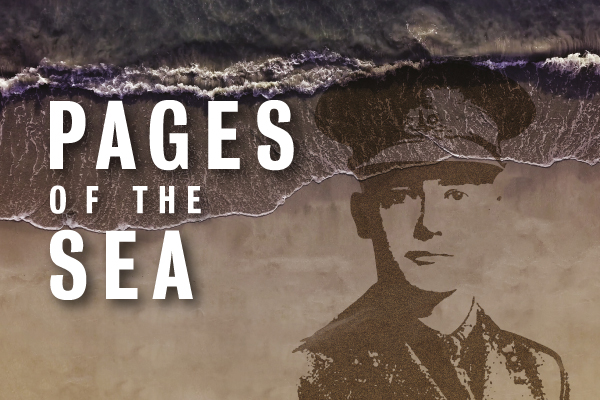 Pages of The Sea

By October 1918, with the German Army all but defeated and political turmoil at home, the German government approached US President Woodrow Wilson to broker a ceasefire.

On 10 November, the Germans and Allied representatives led by Marshal Foch, met in a railway carriage in the forest of Compiegne, and at 5.00am the following morning the Armistice was signed.

The ceasefire came into effect at 11.00am and all along the Western Front the guns fell silent and military operations were suspended.

In Britain, 11.00am was marked by the sound of maroons, sirens, factory hooters and church bells. Workplaces and schools closed for the day as crowds took to the streets waving flags, singing patriotic songs and attending impromptu street parties.

But for many, rejoicing was tempered by the realisation of the huge scale of loss and suffering the war had caused, and the uncertain future of the post-war world. 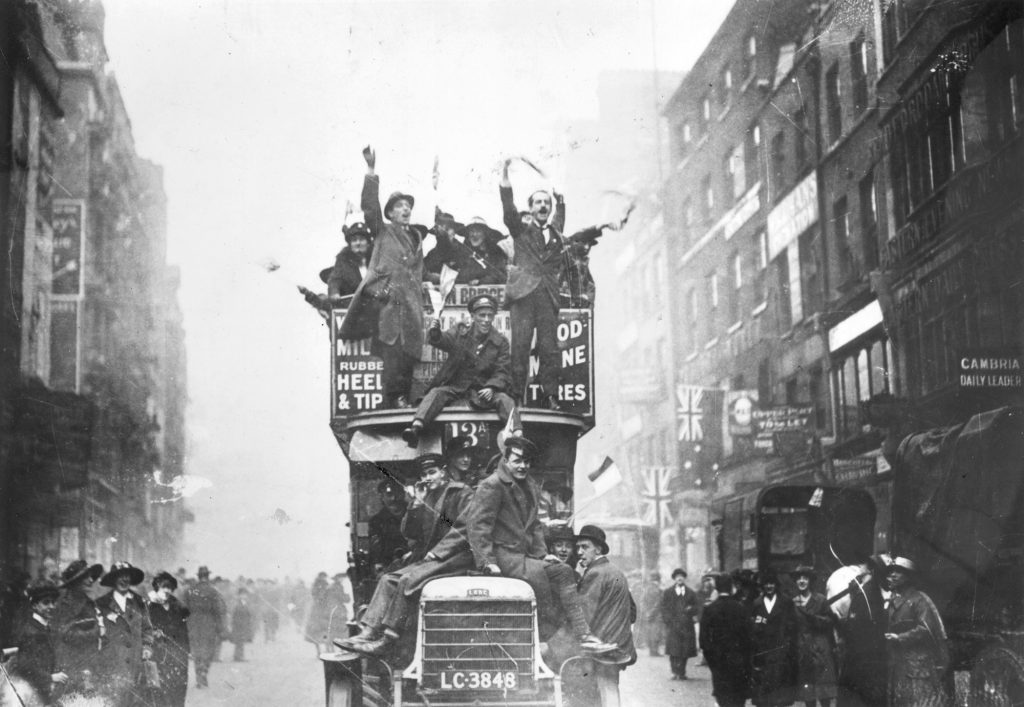 11th November 1918: Crowds celebrating the signing of the Armistice at the end of World War I. (Photo by Topical Press Agency/Getty Images)