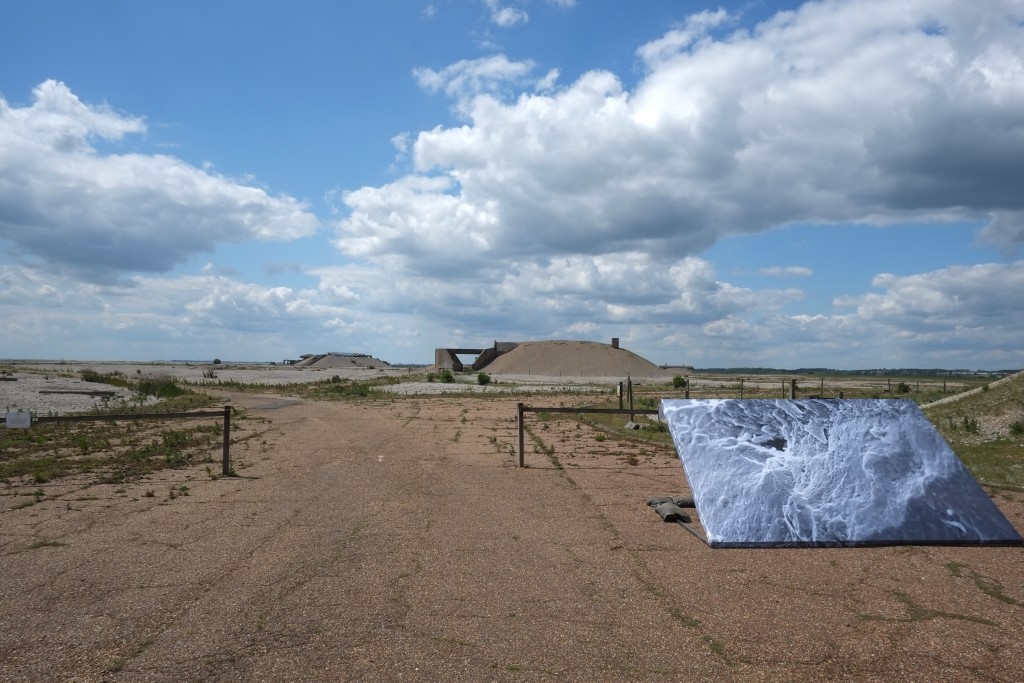 The Royal Flying Corps (RFC) was formed in May 1912, just over eight years after man’s first powered flight. It initially consisted of a Military Wing, a Naval Wing and a Central Flying School. The Naval Wing soon separated from the RFC when the Royal Naval Air Service (RNAS) was established in 1914. In 1913, the RFC bought Orford Ness, a remote site on the Suffolk coast, as a research base.

In August 1914, the RFC travelled to France with the British Expeditionary Force (BEF), bringing 60 planes and roughly half its 2,074 men. The first flights on 19 August to take reconnaissance photographs were unsuccessful. However, three days later, Captain Leo Charlton and Lieutenant Vivian Wadham observed the German First Army massing on the BEF’s flank at Mons, helping the British to avoid disaster. The RFC’s first Wilson and Rabagliati forced down a German plane.

On 3 September, RFC reconnaissance saw the beginnings of the German First Army’s fateful turn away from its neighbouring Army and reported the gap, helping to enable the French counter-attack at the Battle of the Marne. On 15 September, the first use of air photography and wireless telegraphy for artillery spotting in combat took place during the First Battle of the Aisne.

On 10 March 1915, the Battle of Neuve Chapelle began. This was the first time in the history of warfare that an assault was based on maps prepared solely from aerial reconnaissance. The following month Lieutenant William Rhodes-Moorhouse received a posthumous Victoria Cross (VC) – the RFC’s first – for his heroism during a low-level bombing sortie on 26 April.

These events and developments happened before the airstrip and facilities at Orford Ness were ready in 1915. Orford Ness was known as the Aircraft Armament and Gunnery Experimental Establishment, where bombing techniques, aircraft gunnery, camouflage and methods of aerial photography were all investigated and improved. So, too, were parachutes for observation balloon spotters: orders for pilots to receive them came late in 1918.

Orford’s experiments helped the RFC grow into a recognisably modern fighting force. However, for periods during the war the Germans had a considerable advantage – their planes and tactics were superior. In April 1917, the RFC lost 316 aircrew and 150 aircraft in a period known as ‘Bloody April’. New planes such as the SE5, Bristol F2 and Sopwith Camel, along with improved tactics, helped restore the balance. Fighter aces such as Captain Albert Ball, Major James McCudden, and Major ‘Mick’ Mannock – who were all awarded VCs and all ultimately killed in action – were acclaimed as heroes.

In April 1918, the RFC and RNAS merged to create the Royal Air Force (RAF), the first independent air force in the world. By the war’s end in November 1918, the RAF had 291,000 personnel 22,000 aircraft of all types. The site at Orford Ness was mothballed, but reopened in 1924 as a substation of the Aeroplane and Armament Experimental Establishemt at Martlesham Heath.

To find out more about the Royal Flying Corps in WW1 browse our list of links to other resources:-

An article from the BBC on World War One: Orford Ness and boffins, bombs and biplanes

A short video on Orford Ness’ 70 years of military history

A look in to the mysteries and secrets, smugglers and ghosts, myths and legends of the Suffolk coast 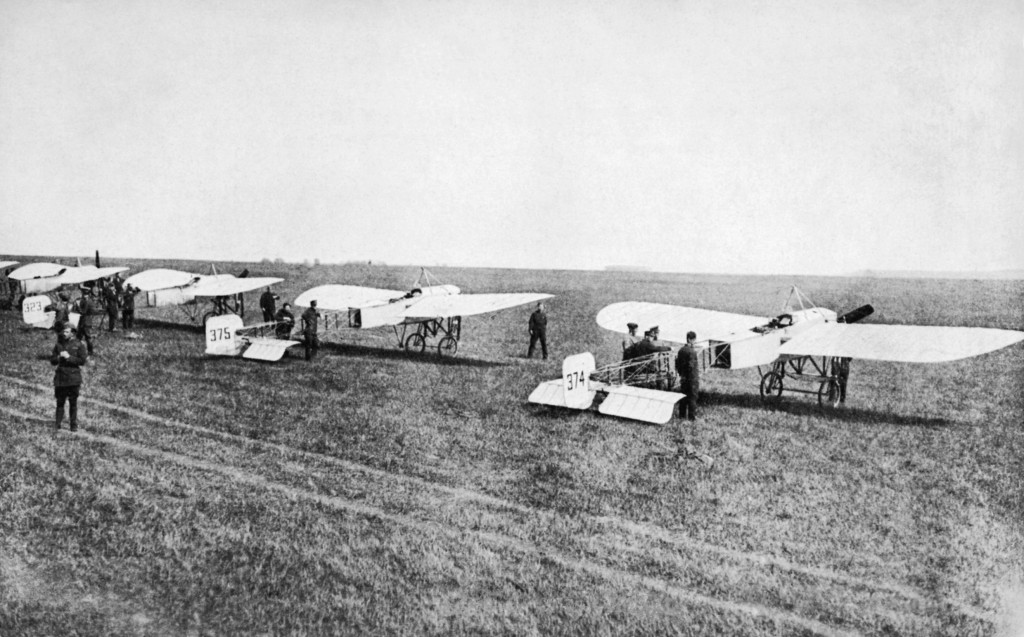 THE ROYAL FLYING CORPS 1912 – 1918, Commercial photograph. Bleriot XI aircraft lined up at the ‘concentration camp’ of the Military Wing of the Royal Flying Corps, assembled at Netheravon in June 1914. Aircraft include (left to right) Nos. 323, 374 and 375 of No 3 Squadron RFC. Image credit – Fuller T L 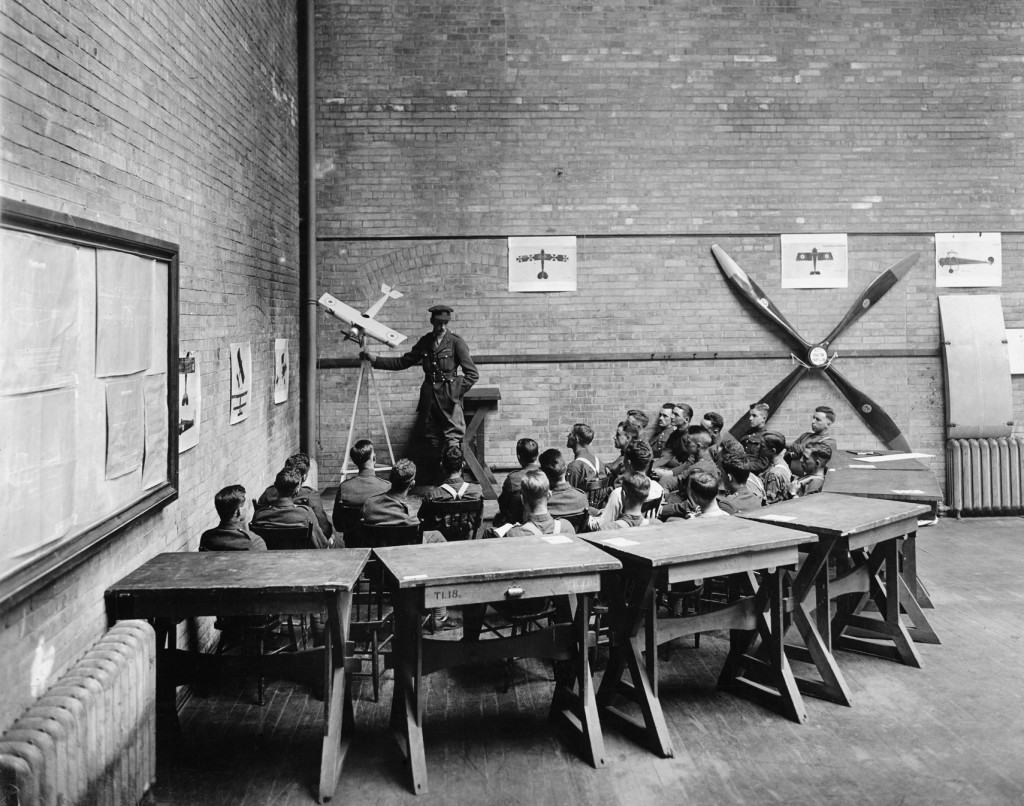 RFC TRAINING IN CANADA. Corner of instruction room No. 4 in the RFC training facility in Toronto. Officer running a class on attacking maneuvers aircraft can perform.