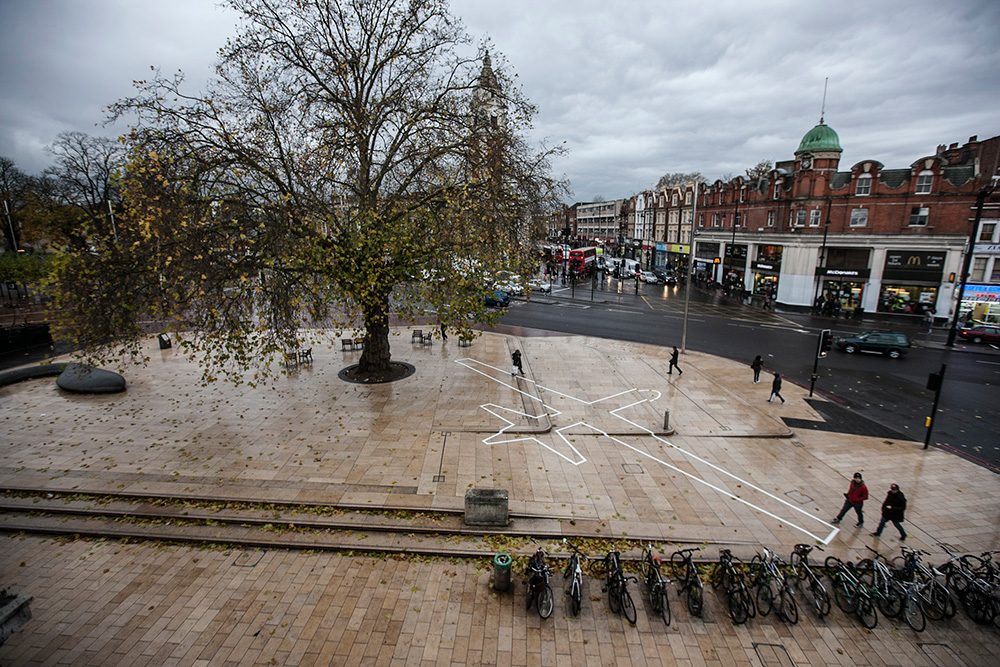 LIFT, Tim Etchells (Artistic Director, Forced Entertainment) and 14 –18 NOW invited 25 artists from across the world to react to the enduring social, political and cultural legacies of the first truly global conflict.

From the Arab Spring to ferment in eastern Europe, the roots of the modern world can be found in the First World War. To the 21st century mind it can seem hopelessly remote – but this war dissolved empires, changed the nature of warfare and continues to define global relationships.

Tackling past events to cast light on present issues, an eclectic line-up of unforgettable performances asked us to reflect upon a war that shaped the world we live in.

The programme of events was staged at London’s Southbank Centre and Battersea Arts Centre, a potent venue which, from 1916 onwards, housed the trials of many of London’s conscientious objectors.

Also at Battersea Arts Centre, Forced Entertainment presented The Notebook, a performance based on the award-winning 1986 novel Le grand cahier by Hungarian writer Ágota Kristóf. Directed by Tim  Etchells, The Notebook told the story of twin brothers evacuated to the Hungarian countryside during World War II.

The Tiger Lillies, godfathers of alternative cabaret, transformed British First World War poetry in A Dream Turns Sour. The work of Wilfred Owen, Arthur West, John McCrae and Noel Hodgson was recreated as an angry, lyrical set of songs providing a fitting finale to After a War.

At the Southbank Centre, Hotel Modern & Arthur Sauer presented The Great War. Using live animation and a miniature film set, Hotel Modern recreated the experience of millions of soldiers in the trenches.

In Lola Arias’ El Ano En Que Naci / The Year I Was Born eleven performers born in Pinochet’s Chile in the 1970s and early 1980s retold the stories of their parents’ experiences in the grip of dictatorship.

Co-commissioned by 14 –18 NOW and LIFT.
A House on Fire project, presented by Southbank Centre and Battersea Arts Centre, supported by the Culture Programme of the European Union in partnership with the British Council and with the support of the Representation of the Government of Flanders in the UK. The Notebook was a Forced Entertainment production, co-produced by PACT Zollverein (Essen): LIFT and 14 –18 NOW. A House on Fire co-commission with HAU (Berlin), Kaaitheater (Brussels), Teatro Maria Matos (Lisbon), LIFT and Malta Festival Poznan. A Dream Turns Sour was also co-commissioned with Maison de la musique de Nanterre (FR). The Notebook is based on Le grand cahier by Ágota Kristóf original © Editions du Seuil, Paris, 1986.