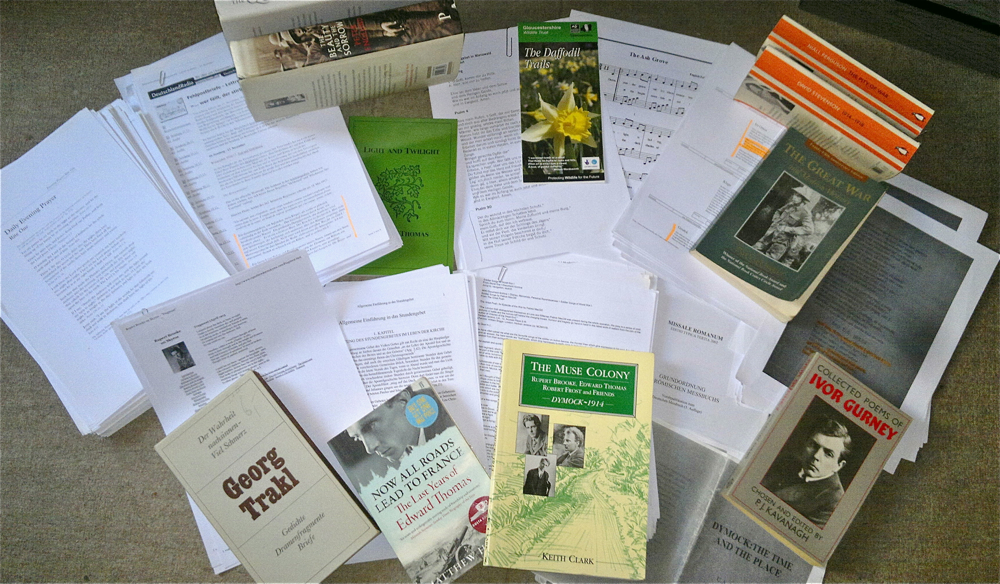 The sleepy Gloucestershire village of Dymock was the setting for one of the most exceptional flowerings of literary talent in early twentieth-century Britain. A new poetic movement came together around three young writers – Lascelles Abercrombie, Wilfrid Gibson and Robert Frost – that prioritised clarity, directness and lyricism, taking for inspiration the life and landscape of rural England.

In the months prior to the outbreak of war in 1914 the three men, who had settled in the countryside around Dymock, were regularly visited by their fellow poets Rupert Brooke, John  Drinkwater and Edward Thomas. The group discussed each others’ work, walked and read together,  and discussed literature and its practice in each other’s houses. Together they published a quarterly magazine, entitled New Numbers, which was the first to publish Rupert Brooke’s ‘The Soldier’ (‘If I should die, think only this of me: That there’s some corner of a foreign field. That is forever England.’). The work became famous around the country when the Dean of St Paul’s Cathedral read it at his Easter Sunday service in 1915. Three weeks later Brooke was dead, having contracted septicaemia whilst on duty with the Royal Naval Division.Edward Thomas enlisted in 1915, having famously been influenced in his decision to volunteer by reading an advance copy of Frost’s poem ‘The Road Not Taken’. Having joined as a private he served with distinction, rising to the rank of second lieutenant before being killed in action at the Battle of Arras in 1917. Their deaths, along with the return of Frost to America, signalled the break up of the movement.

The legacy of the Dymock poets endures to this day. Their writings have come to symbolise an idyllic vision of pre-war Britain, and its irretrievable loss. 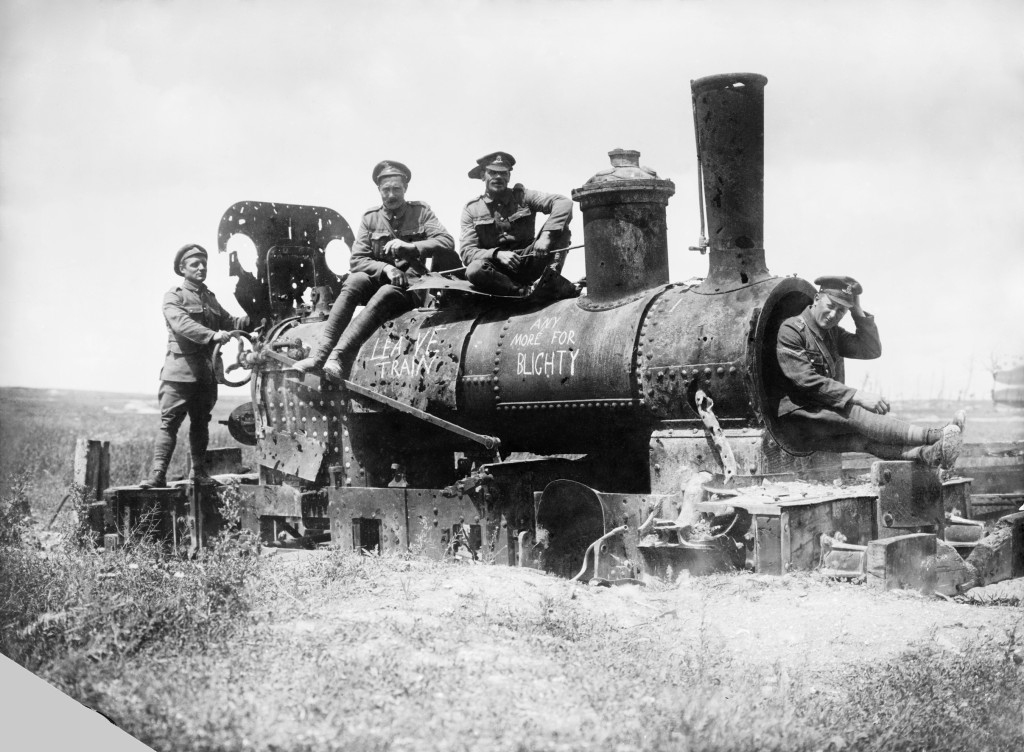 THE BRITISH ARMY ON THE WESTERN FRONT, 1914-1918, photograph. British troops posing with the wreckage of a German light railway engine near Peronne, 22nd June 1917. Note a humorous scribbling on the engine reading “Leave train any more for blighty”. Image credit – Ernest (Lieutenant) Brooks